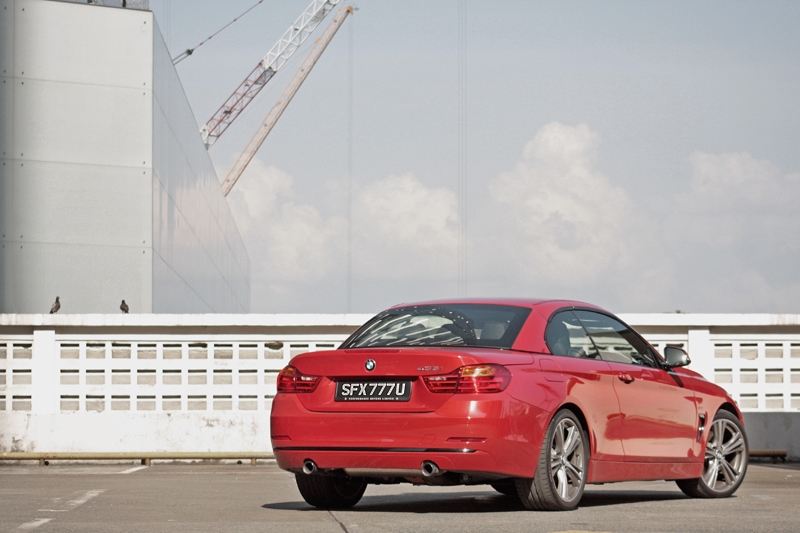 No Need For Attention | BMW 435i Convertible

BMW’s 4 Series Convertible looks more upmarket than the 3 Series, and should go down well with executives looking for a car to cruise around in after a hard day’s work…

CBD dwellers are the highest consumers of convertibles. If you do not want to take my word for it, I highly suggest you take a stool and park yourself at any junctions along Cecil Street and Church Street; you will see anything from a Daihatsu Copen all the way to Ferrari 458 Spider down these roads.

Highly popular models, however, are the BMW 3 Series Convertible and followed by the Maserati GranCabrio. These two models are so common in this part of Singapore, to the point that it does not wow the crowd anymore. 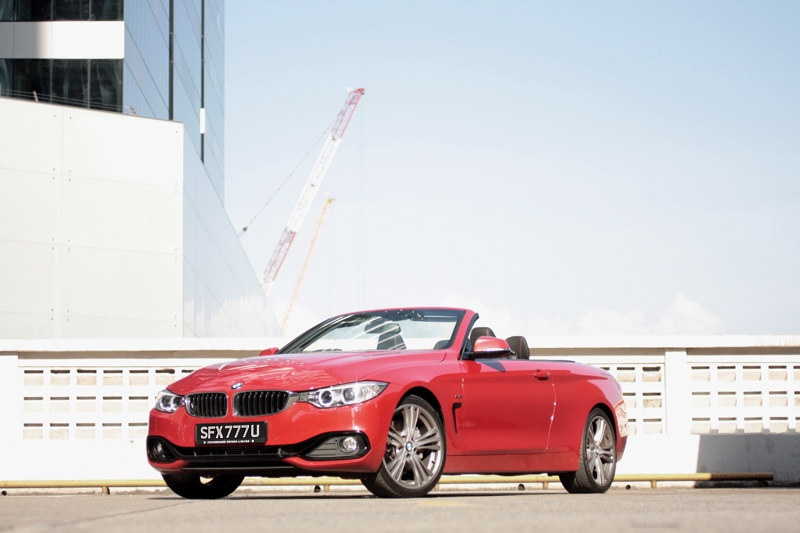 Which is a good thing, in my humblest opinion. When you drive a car like this, you sometimes do not need the attention; you do not want to be labeled a poseur just for driving with the roof down. After a long day at work, sometimes all you need is just the natural air, with the wind blowing in your hair, knowwadimean? 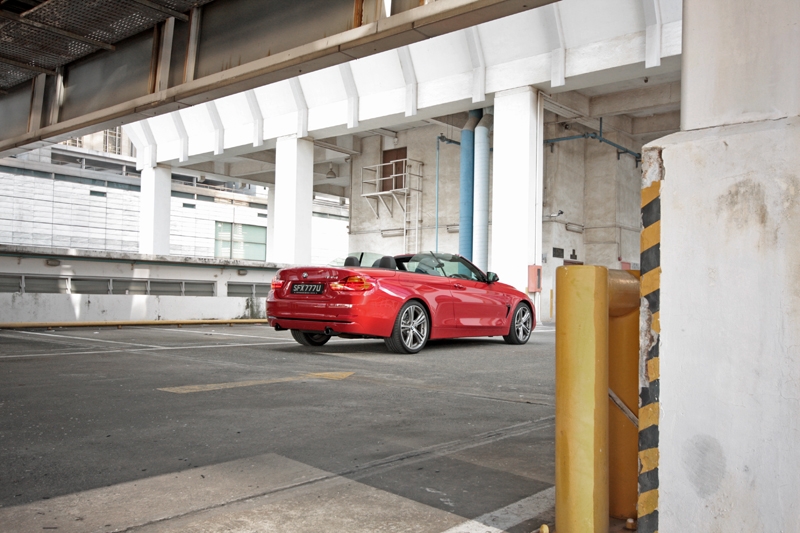 Which is why the new 435i Convertible will go down very well with you, if you second my opinion. 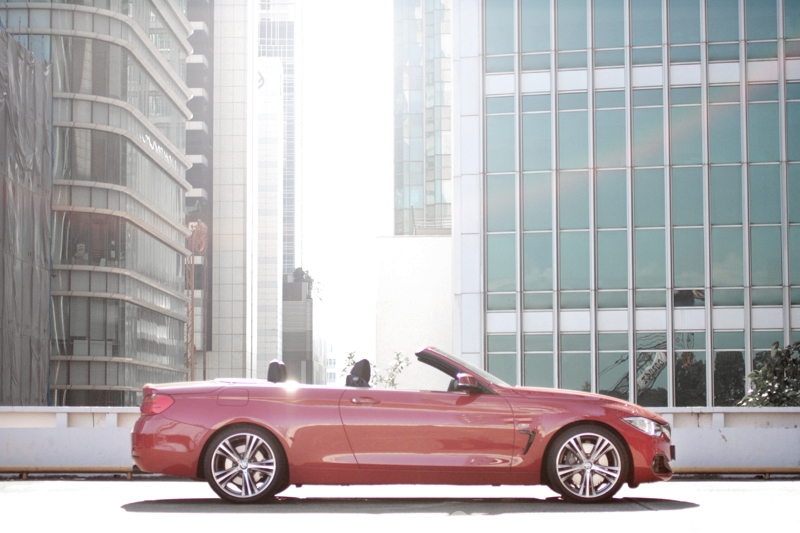 From the front it looks rather unsuspecting - just like the F30 3 Series, another common car in this part of Singapore. Which means driving around, even with the roof down, will not get you any death stares; a CBD dweller myself, I should know, because over the course of my time with the car, I would come to the office early in the morning (to avoid paying hefty ERP charges, of course) and drive home in the evening with the roof down without getting any unwanted attention (although there was one morning I was approached in Golden Shoe Carpark by a gentleman driving an E60 523i who was asking me what seem like five thousand questions about the 435i Convertible and then ending with a, “I think this will be my next car”). 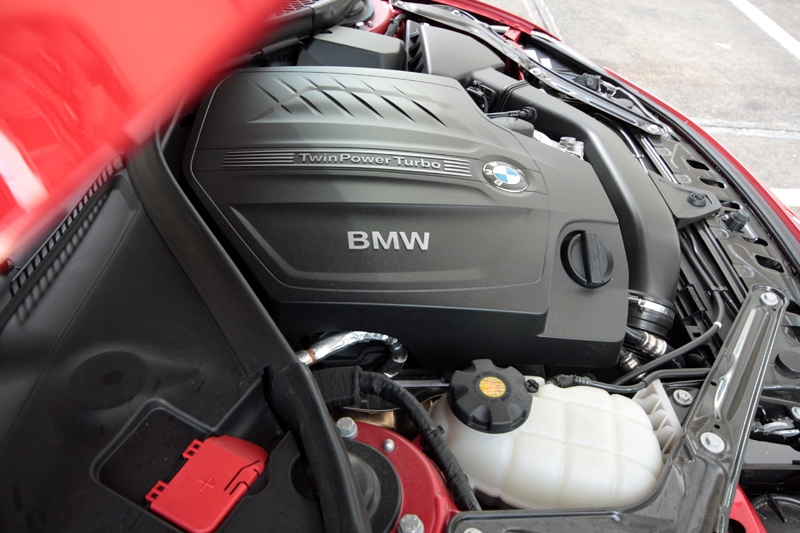 First world issues aside, the 435i has more than enough firepower to get it moving. Under the bonnet lies BMW’s highly utilized but brilliant 3.0-litre, 6-cylinder turbocharged lump and mated to the ZF-supplied 8-speed transmission, pushes out 306 bhp and 400 Nm worth of torque. Zero to hero takes 5.5 seconds — 0.4 seconds slower than the Coupe equivalent due to the additional weight from the foldable roof and mechanism, but still good enough to see off deep-pocketed boyracers in their European hatchbacks. 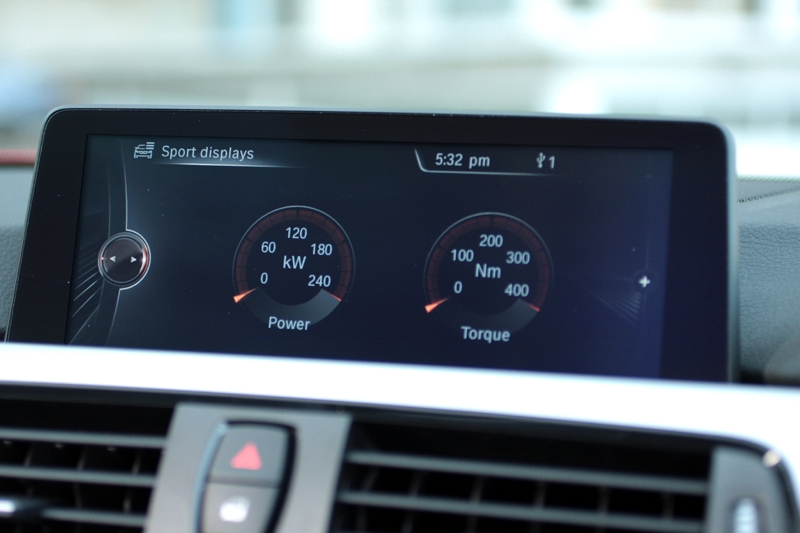 Gaps in traffic are quickly closed and you can easily dart from one lane to another when the road opens up. It even covers ground very fast and effectively, reaching three-figure speeds out on the expressway without a hiccup — to give you an idea of how fast this thing is, one moment I was leaving the MCE and the next, I was already tucking myself into bed (ok, so I was exaggerating but you get the idea).

The steering is well weighted and you do get full control in your palm. It’s a rear-wheel drive, and the car is firmly planted even when driving roof down, particularly in Sport mode. You can even play around with the car, judging by how BMW still stuck on to the traditional handbrake with a lever rather than utilizing a pretentious electronic one. Yes, you can still play hooligan and oversteer it around when the sudden urge to impress (yourself) arises. On another note, it does not feel as trusty to throw hard around corners as the Coupe, again, largely due to the extra metal it is lugging around; but then for its class, the part-time coupe/ part-time topless 435i still performs better than average. 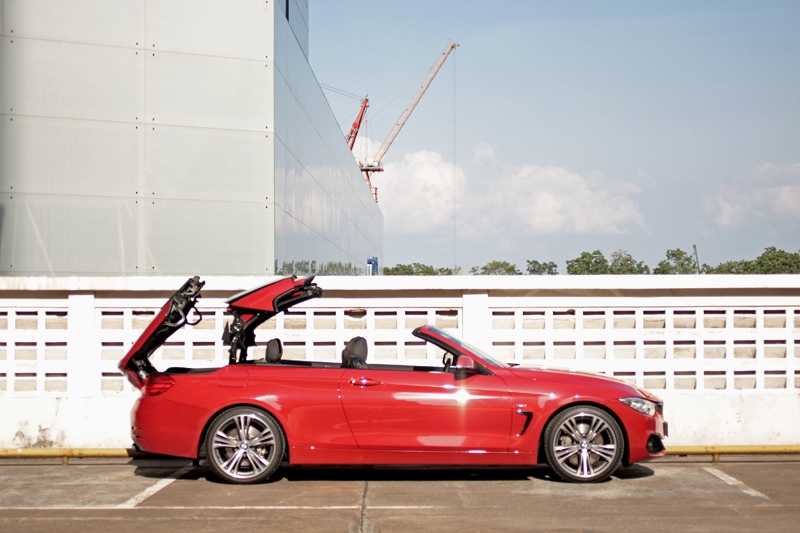 You can just know that additional refinement was even given to the 435i Convertible; I am sure it is not psychological. The gearshifts are smooth and not rude, plus the engine does the job fluidly rather than brutally. The exhaust note, on the other hand, is detrimental to your driving license and fuel economy: all you want to do in the MCE is constantly hold it in third or fourth and hear all its glory. My word, it is just so, so addictive. Munich really knows what a typical BMW Convertible buyer wants out of their money… 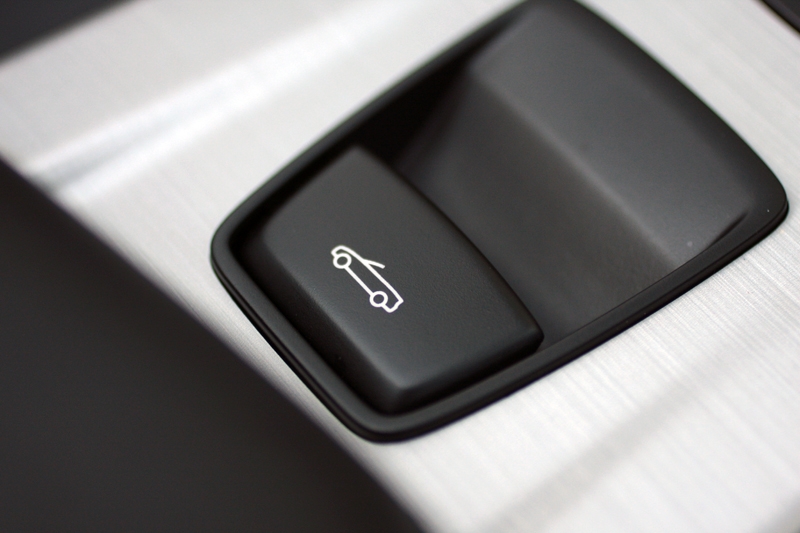 Aside from the roof up/down button, inside is still your typical 3 and 4 Series though, with everything else remaining solid and driver-oriented. The iDrive is idiot-proof, the rear is able to seat an average-sized adult and with the roof up, the boot is still useable. 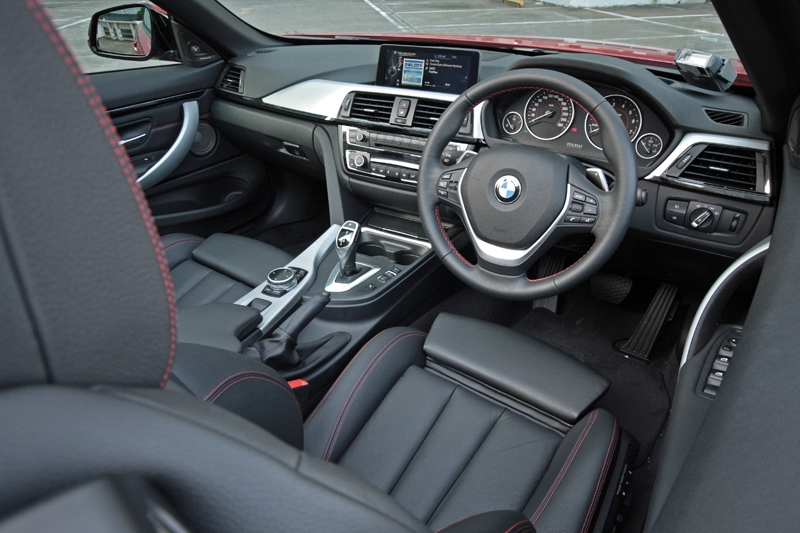 So at the end of the day, why on earth should you part with close to $350k? To put it bluntly, it’s simply because (a) this is a BMW, (b) the engine and transmission is brilliant, (c) the exhaust note is wonderful, (d) the interior is simple and not over the top and lastly (e) BMW know what to build, and they’ve built it well with this car. There, five good reasons. 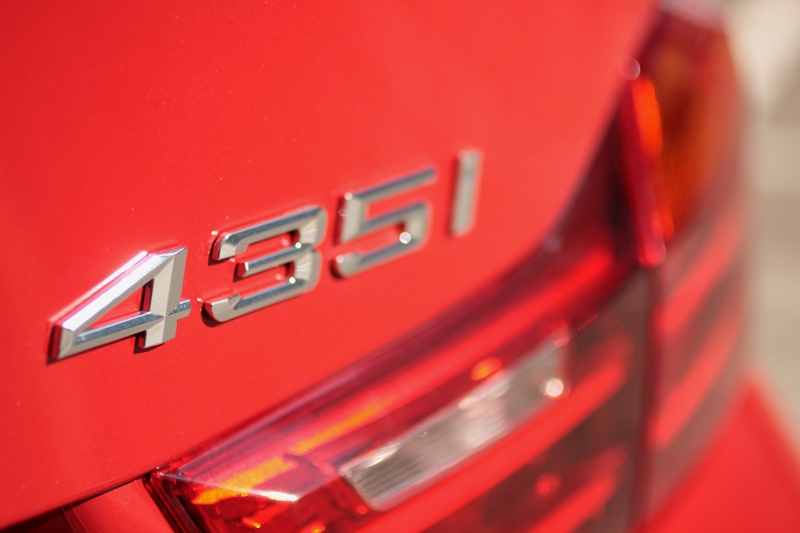 The not so good reason? That price tag. You could go home with a more engaging Boxster S for a little bit more money — that is if you do not mind the attention that comes along with it and do not need two additional seats behind. 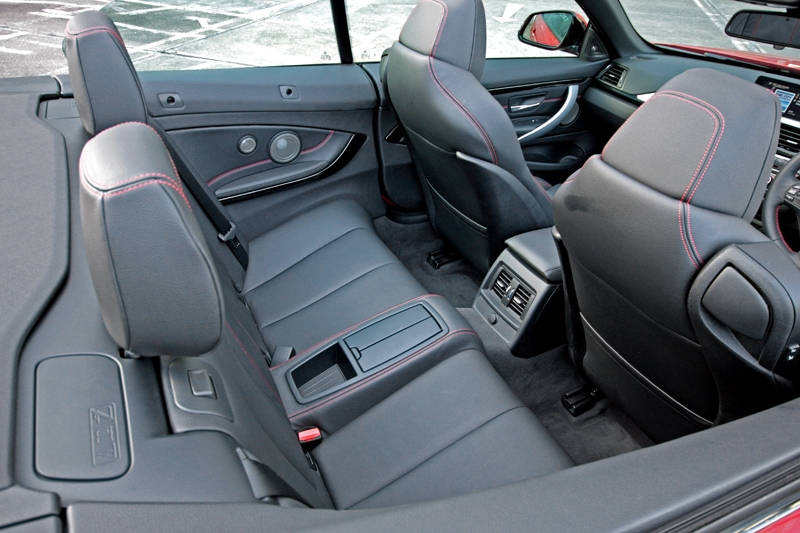 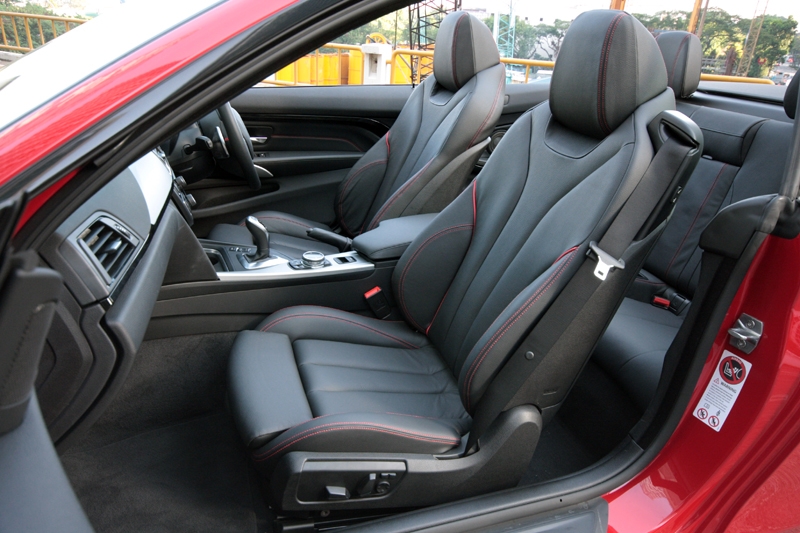 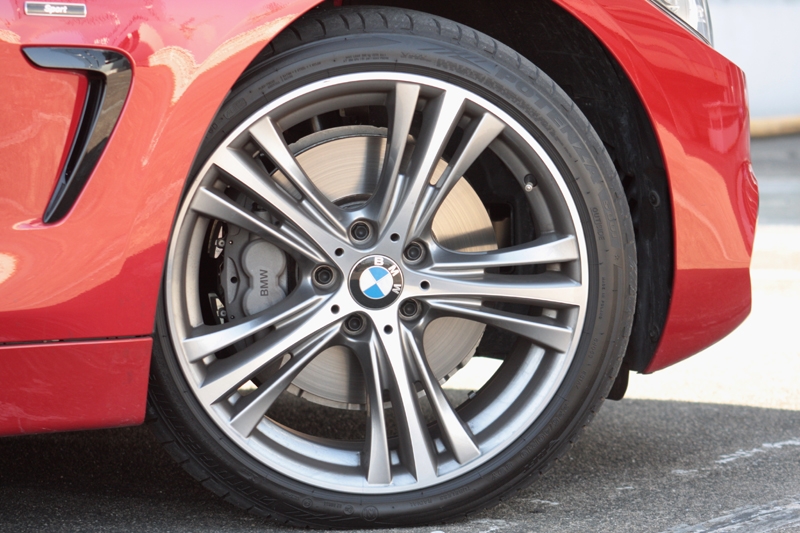 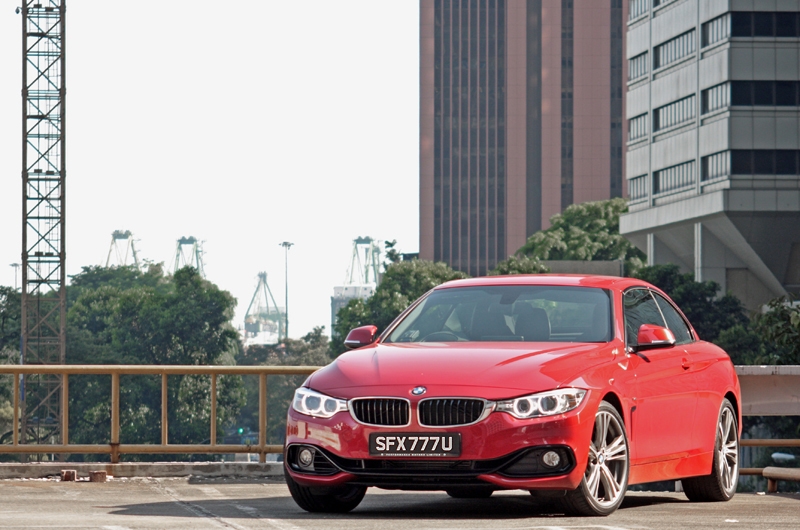