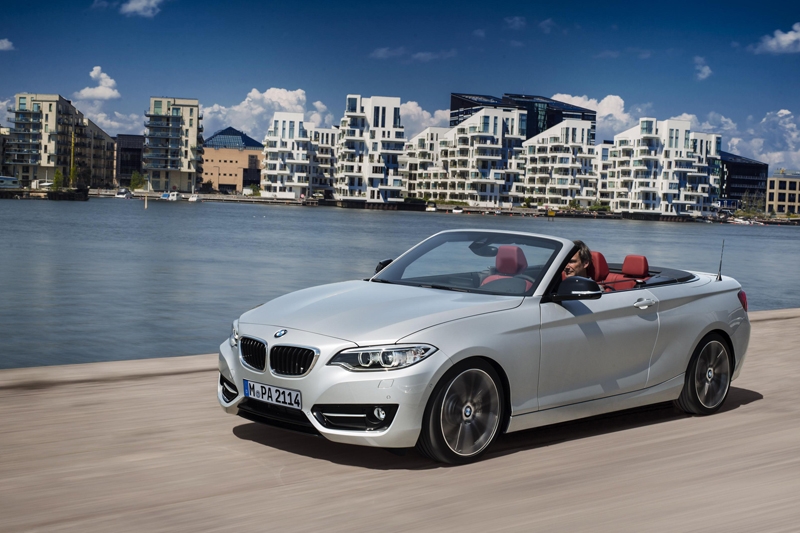 You have to wait for the first half of 2015 to get one though; Sport, Luxury and M Sport trim levels will be made available to broaden appeal

BMW announced the third model in its 2 Series portfolio, the BMW 2 Series Convertible. It will join the 2 Series Coupé and 2 Series Active Tourer in the line-up. The new car replaces the 1 Series Convertible, the only rear-wheel driven compact cabriolet, which had global sales of more than 130,000 units.

The BMW 2 Series Convertible will be available with a choice of four engines, including a new 2.0-litre diesel for the 220d and, for the first time in a BMW convertible, an M Performance variant, the M235i. Fuel economy improvements over the previous model average 18 per cent. The 2 Series Convertible also brings significant improvements in passenger space and access, acoustic comfort, style, dynamism and equipment, while the ConnectedDrive services for the first time include wireless updating of navigation data. 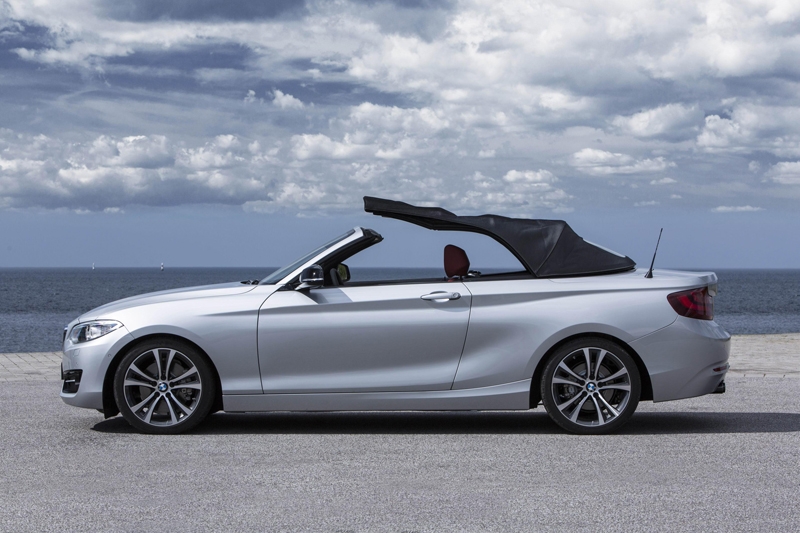 The BMW 2 Series Convertible is longer (by 72 mm) and wider (by 26 mm) than the model it replaces, and has a wheelbase which has been elongated by 30 mm. These increases have been put to good use to enhance passenger access and space. 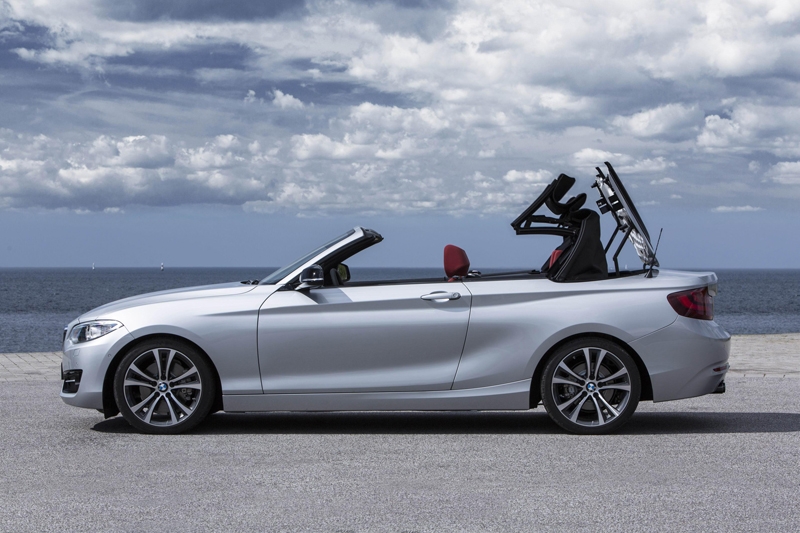 The electrically operated folding soft top lowers or raises in just 20 seconds at the touch of a button, and can be carried out at speeds of just over 50 km/h. Additional insulation in the skin of the soft-top improves acoustic comfort, with a 4 db noise reduction, and adds to the year-round usability of the car. Improved aerodynamics, with a Cd of just 0.31, also helps to make the cabin quieter. An easier-to-use optional wind deflector provides greater protection against turbulence when travelling top-down.Â 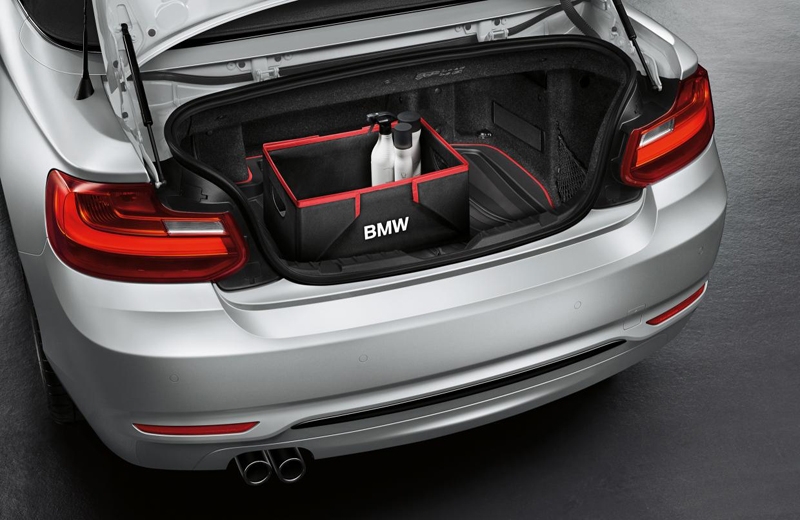 Once folded, the soft top disappears fully into the boot to give the BMW 2 Series Convertible a premium ‘boat deck’ appearance. Luggage capacity increases by 30 litres to 335 litres, and a through-loading system is optionally available to increase versatility. 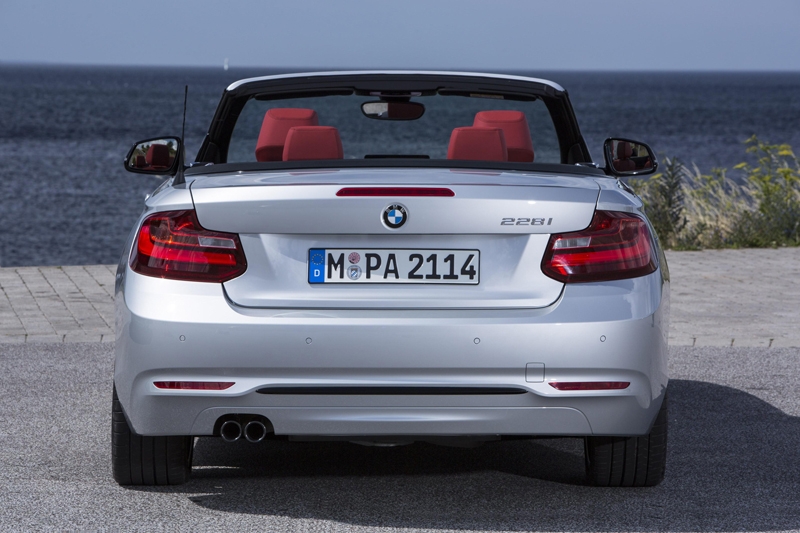 Four BMW TwinPower Turbo engines, featuring a suite of EfficientDynamics technologies, endow the BMW 2 Series Convertible with an average 18 per cent improvement in fuel efficiency and lower CO2 emissions. The engines include a new 2.0-litre diesel for the 220d and, for the first time in a BMW convertible, an M Performance power unit for the M235i. There are also two 2.0-litre petrol engines available, the 220i and 228i. All are more powerful than the engines in the previous model and meet EU6 emissions standards.Â 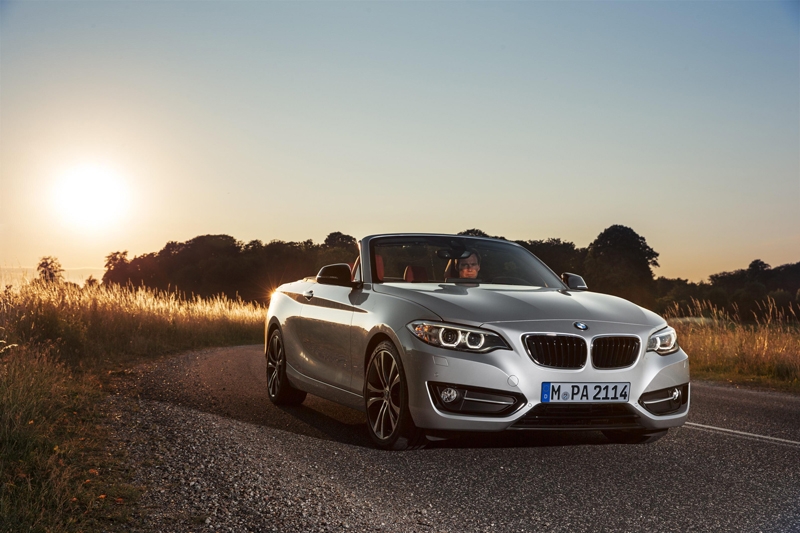 Acceleration from zero to 100 km/h is achieved in 5.0 seconds with the 8-speed automatic, yet combined fuel economy is 15.2 km/L while CO2 emission 184g/km. 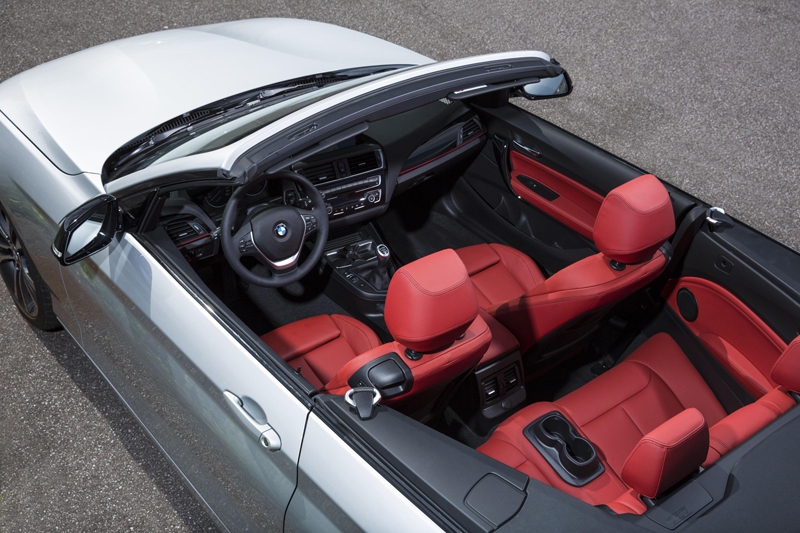 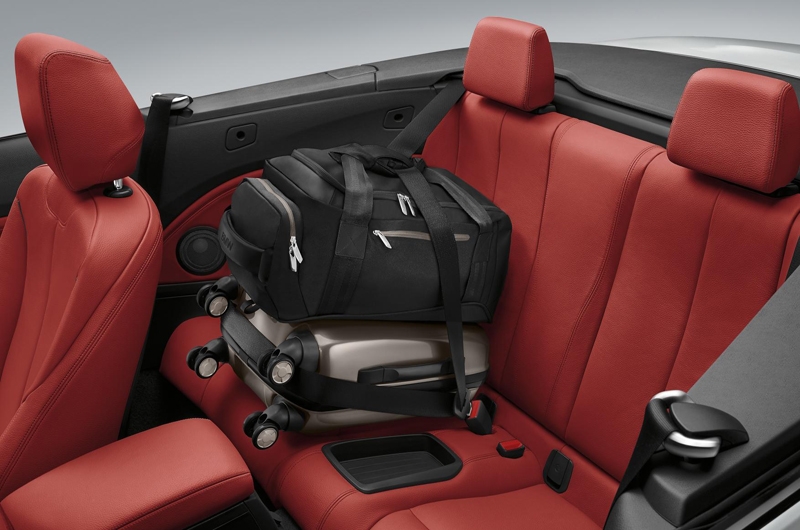