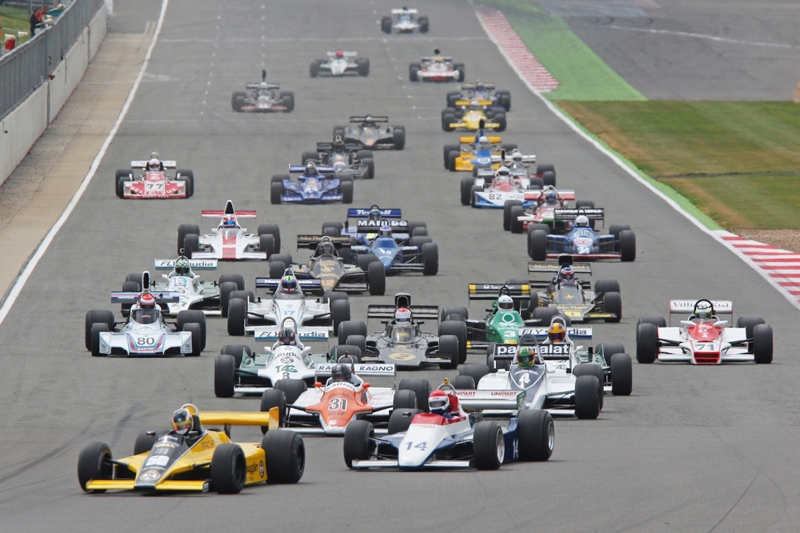 In addition to the latest breed of Formula One cars on track, die-hard fans can also look forward to reliving some of the greatest moments of yesteryear

The FIA Masters Historic Formula One Championship and Masters HGP will bring a 23-strong grid of 3000cc cars to race at Marina Bay Street Circuit next month. Great names like Tyrrell and Brabham - no longer active in the sport - will join familiar names from today like McLaren and Lotus in an on-track history lesson that goes back to one of the most thrilling and controversial eras in the 66 years of World Championship racing.

The oldest cars on the grid will date from 1971, when great names like Jackie Stewart campaigned for famous team owner Ken Tyrrell. Tyrrell 002 was the first completely Tyrrell-constructed car, driven by Stewart’s young French teammate FranÃ§ois CÃ©vert to win the United States Grand Prix in the season that saw ‘JYS’ win his second drivers’ title. 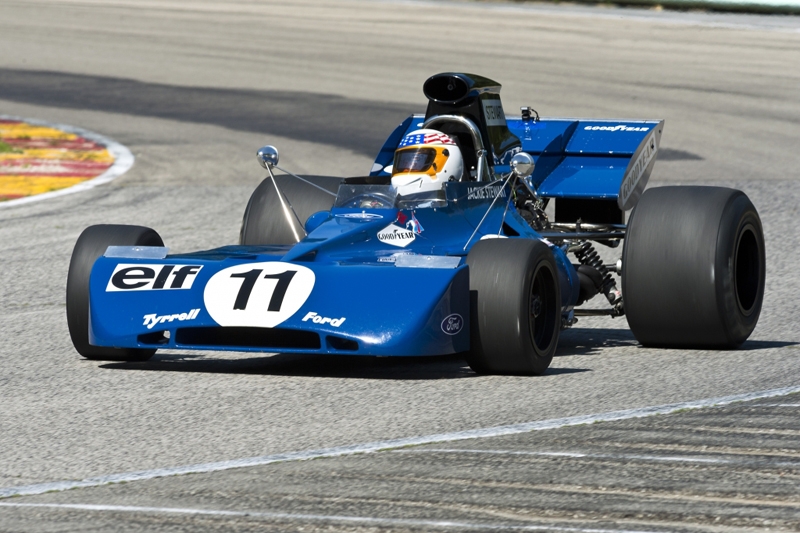 Around the same time, legendary Lotus designer Colin Chapman was creating Grand Prix history of his own, embodied in Singapore this year by a Lotus 72 — the beautiful wedge-shaped racing car that was a dominant force in the first half of the seventies, winning no fewer than 20 World Championship Grands Prix. 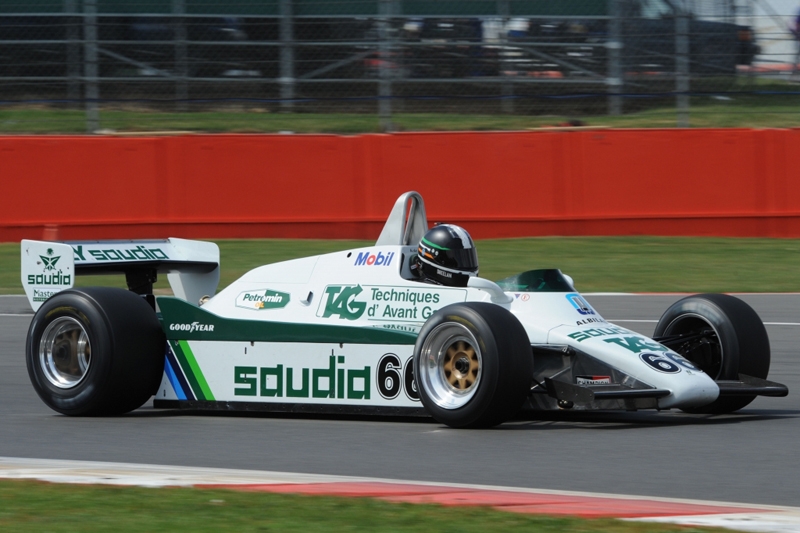 In late 1979, the Brabham team achieved a minor miracle, constructing three new cars in a six-week period and giving the BT49 its race debut at that year’s Canadian Grand Prix. By 1981, Brazil’s Nelson Piquet was able to use a Brabham BT49C to supreme effect, winning third time out in Argentina and going on to claim the first of his three drivers’ championships that same year.
Add in a Williams FW08 from 1982, when the Frank Williams-Patrick Head partnership was just building up a head of steam, sprinkle on some names from the United States like Parnelli and Penske, throw in some rare ingredients like Hesketh and Fittipaldi and you have a heady cocktail that is sure to cause a stir on the series’ first visit to Singapore. 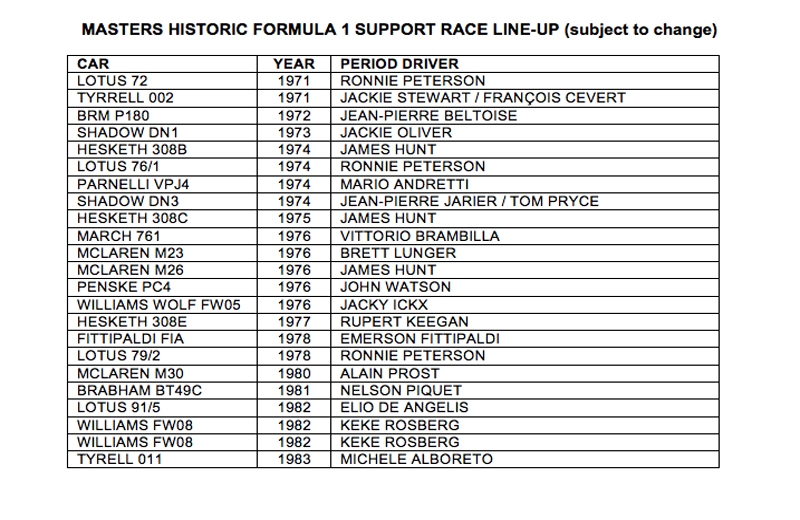 Created in 2004, the UK-based FIA Masters Historic Formula One Championship competes across Europe at famous tracks like Brands Hatch, the NÃ¼rburgring and Zandvoort, the most recent round before the ground-breaking visit to Singapore. Singapore GP will be announcing additional track action shortly.