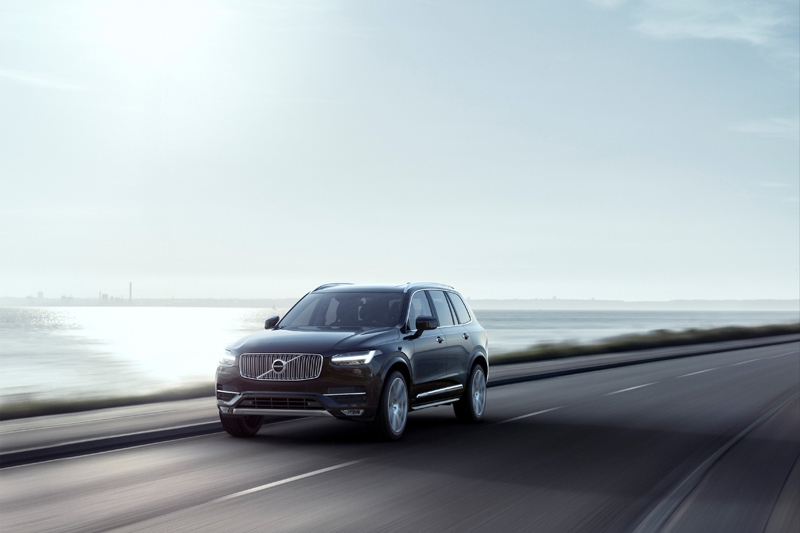 The wraps are finally off the XC90, one of the automotive industry's most successful premium SUV. And to make the arrival of this new Swedish SUV even more special and unique, Volvo Cars is releasing a limited First Edition; the 1,927 individually numbered cars celebrate the year Volvo was founded and, for the first time in history, they will only be available for sale via digital commerce at www.volvocars.com. The online store will open for business on 3rd September.

“Those who want to be among the first ones to own the best SUV in the world have to act fast. The huge interest in the all-new XC90 indicates that the First Edition will sell out quickly,” said Alain Visser, Senior Vice President, Marketing, Sales and Customer Service of Volvo Car Group. The online only First Edition is just one example of Volvo Cars’ revitalized approach to marketing activities and outstanding personal service. 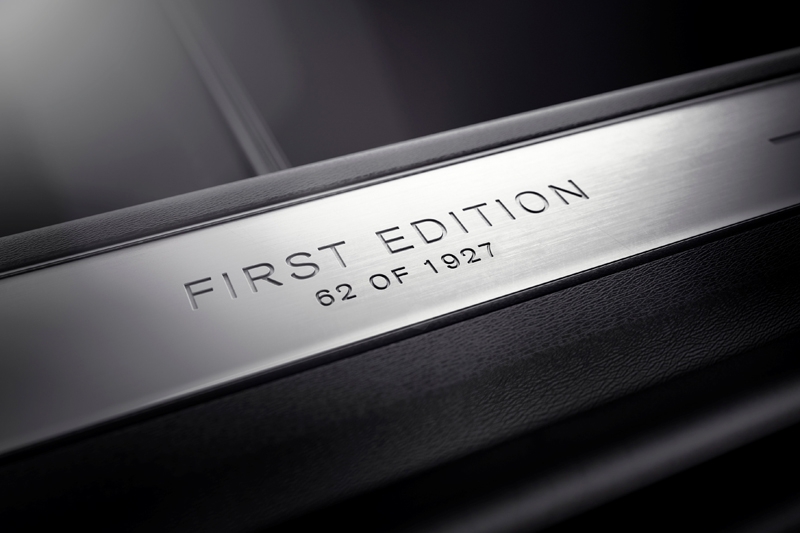 The First Edition cars, which have uniquely numbered tread plates and a distinctive badge on the tailgate, are powered by a high-performance petrol or diesel engine from Volvo Cars’ new four-cylinder Drive-E powertrains. 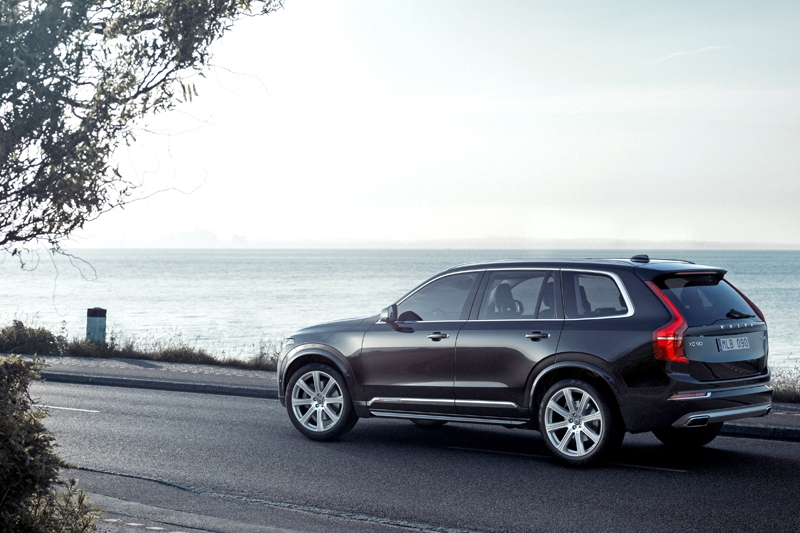 In the new XC90, Volvo is offering a range of two-litre, four-cylinder Drive-E powertrains, all of which provide an outstanding combination of performance and fuel-efficiency. For this exclusive First Edition, two engine variants are made available: the supercharged and turbocharged T6 All Wheel Drive (output of 320 hp and a maximum torque of 400 Nm), and the D5 twin turbo diesel engine (output of 225 hp and 470 Nm).
All engines are teamed with an 8-speed automatic transmission, and the electronically controlled air suspension has a choice of five modes, including one where the driver is free to tailor the settings to his or her personal taste. 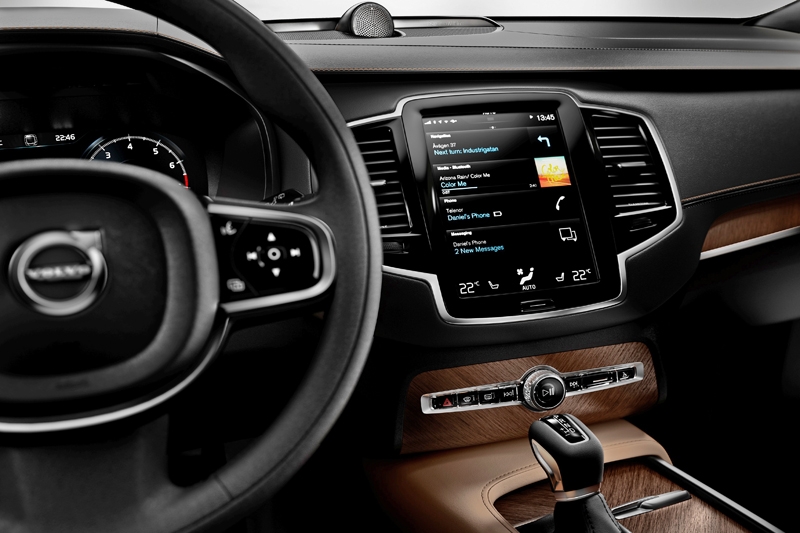 The tablet-like touch screen in the centre is one of the most striking features in the all-new XC90. It is the heart of the all-new in-car control system that is virtually button free and represents an entirely new way for drivers to operate their car and access a range of Internet-based products and services. The Bowers & Wilkins audio systems features a 1,400 watts Class D amplifier, 19 speakers, one of the first air-ventilated subwoofers integrated in a car and the latest sound processing software. 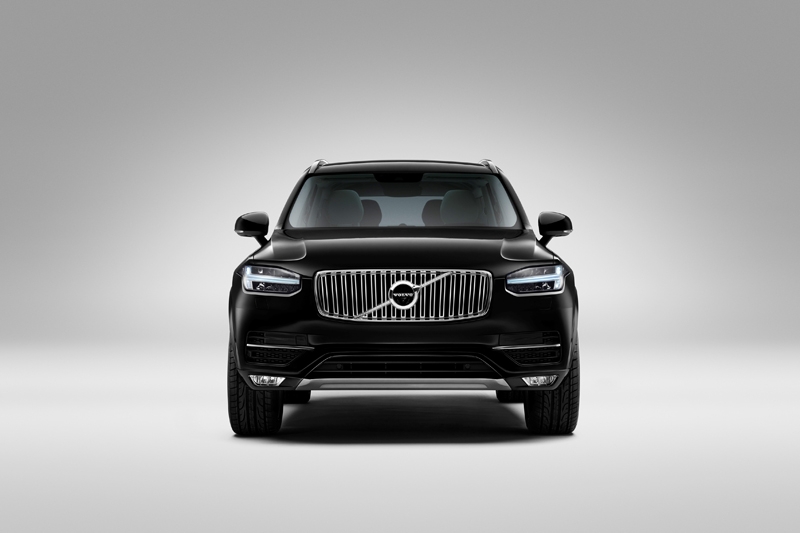 Symbolising this historic day in Volvo’s 87 year history, the new XC90 will be the first of its cars to carry the company’s new more prominent iron mark, which has the iconic arrow elegantly aligned with the diagonal slash across the grille. Together with the T-shaped “Thor’s Hammer” DRL lights, the iron mark introduces an entirely new, distinctive and confident face for Volvo’s forthcoming generation of cars. 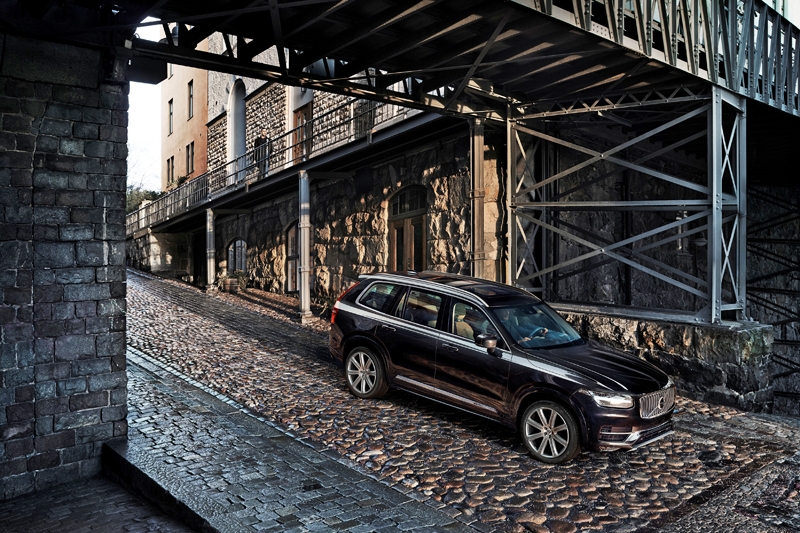 The all-new XC90 offers the most comprehensive and technologically sophisticated standard safety package available in the automotive industry. It includes two world first safety technologies: a run-off road protection package and auto brake at intersection capability. In a run-off road scenario, the all-new Volvo XC90 detects what is happening and the front safety belts are tightened to keep the occupants in position. To help prevent spine injuries, energy-absorbing functionality between the seat and seat frame cushions the vertical forces that can arise when the car encounters a hard landing in the terrain.
The XC90 is the first car in the world with technology that features automatic braking if the driver turns in front of an oncoming car. This is a common scenario at busy city crossings as well as on highways, where the speed limits are higher. 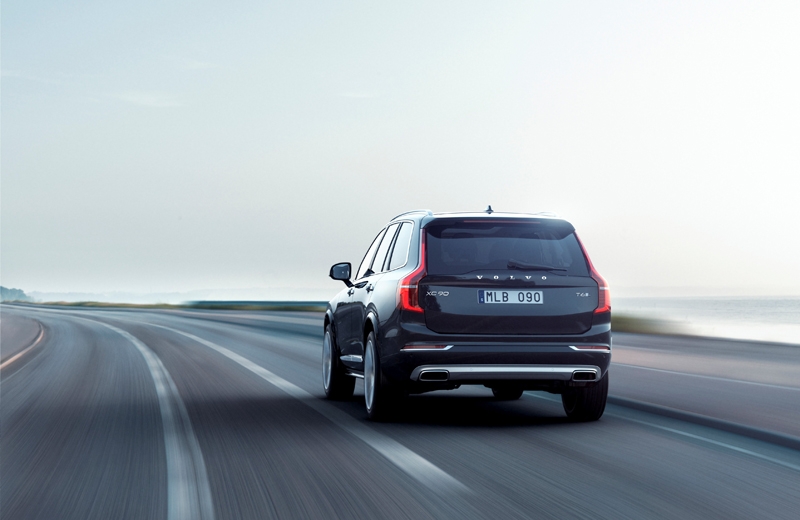 The new XC90 marks the beginning of a new chapter in Volvo’s history, capturing its future design direction, incorporating its own range of new technologies and utilising its new Scalable Product Architecture (SPA) technology. “This is one of the most important days in our history. We are not just launching a car, but re-launching our brand. This day marks a new era for our company. The XC90 paves the way for a portfolio of exciting new cars to come in the following years,” said HÃ¥kan Samuelsson, President and CEO of Volvo Car Group. 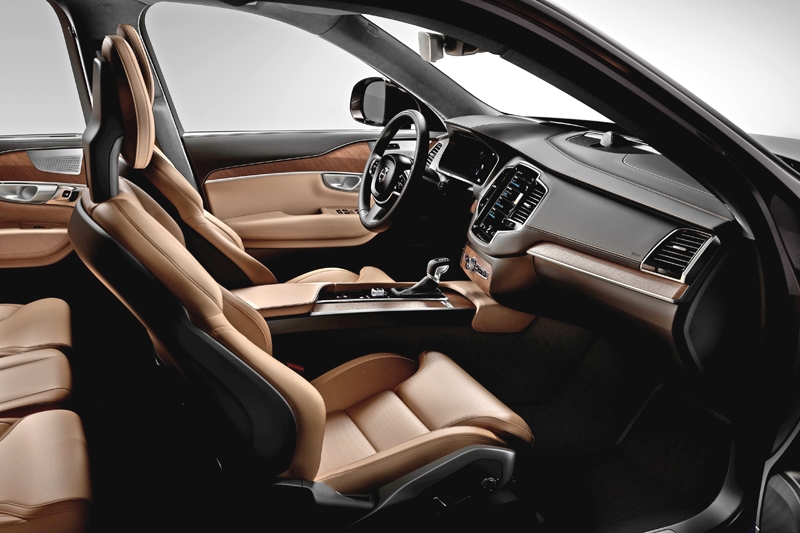 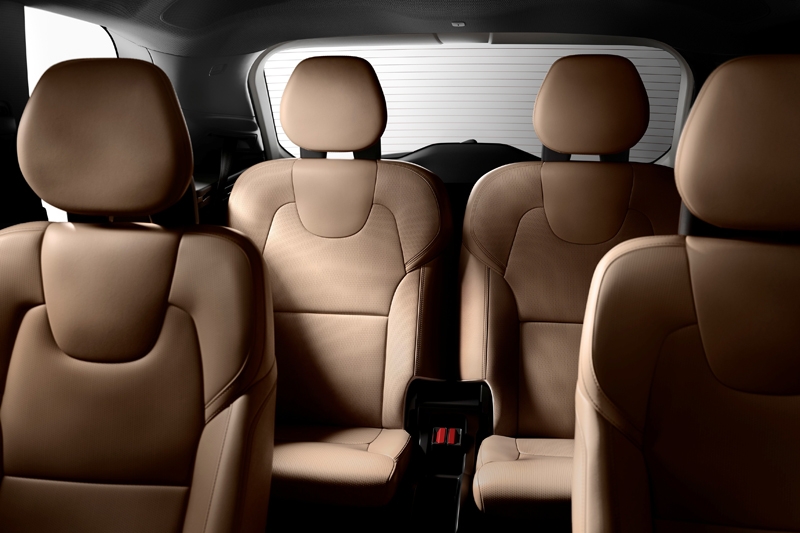 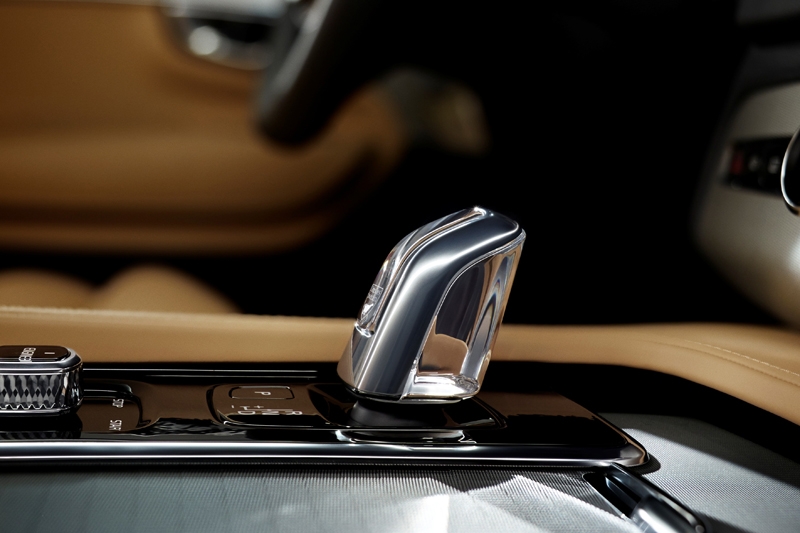 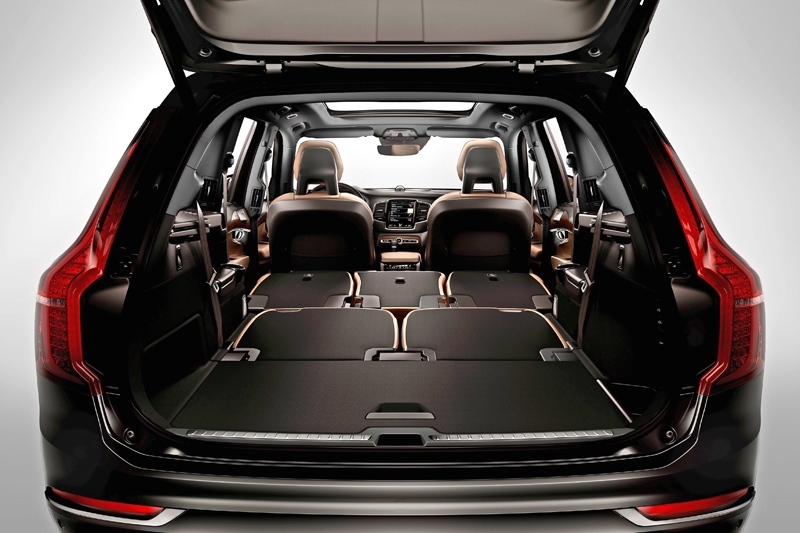