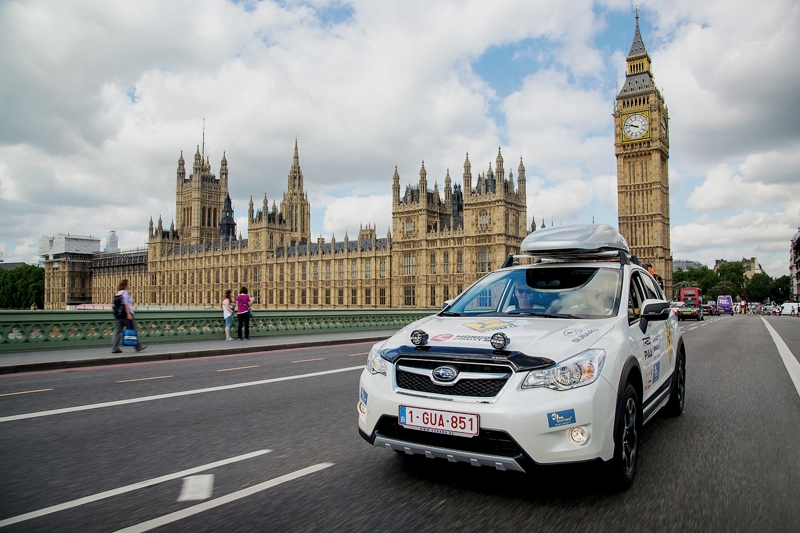 The Subaru XV compact crossover is to be subjected to its toughest challenge yet, a 35,000 km on- and off-road journey from London to Ulaanbaatar, Mongolia — and back again.

Corinne Copreni and Jess Watt – the two Canadian adventurers that make up the Offtrax team – have entered the Mongolia Charity Rally, an epic pan-continental road trip from the UK to Mongolia. Subaru Europe has provided Offtrax with a Subaru XV 1.6i for the journey, which started from London on 19 July, and will last up to three months.

Offtrax is supporting Go Help, a charitable organisation providing emergency services vehicles and school and medical support to the poorest Mongolian villages and communities, and Make a Wish Canada, raising funds to grant wishes to seriously ill children.
Corinne Copreni, one of two members of the Offtrax team, said, “Some might think it’s just plain crazy to drive almost 22,000 miles (35,406 km) to Mongolia and back, across some of the most unforgiving terrain in the world, all for charity. Well, it might just be — but if it makes you dream, then it’s not crazy at all. After going for a test drive at our local Subaru dealership in Toronto, we were 100% sold on the idea that, if there’s one car that could make it through this rally, it’s the Subaru XV.”
During the trip, the Offtrax Subaru XV will visit 32 countries, cross five deserts and span seven different time zones, with thousands of miles covered off-road. The only modifications made to the car are a bonnet protector and a sump guard, essential equipment for taking on the harshest terrain long after the Tarmac has run out.
Otherwise, the XV is entirely ‘as standard’. It even remains on the same original equipment all-weather tyres as other XVs, with the team relying on the Japanese brand’s unique Symmetrical All-Wheel Drive system and famed reliability, ruggedness and build quality to get them all the way to Ulaanbaatar.