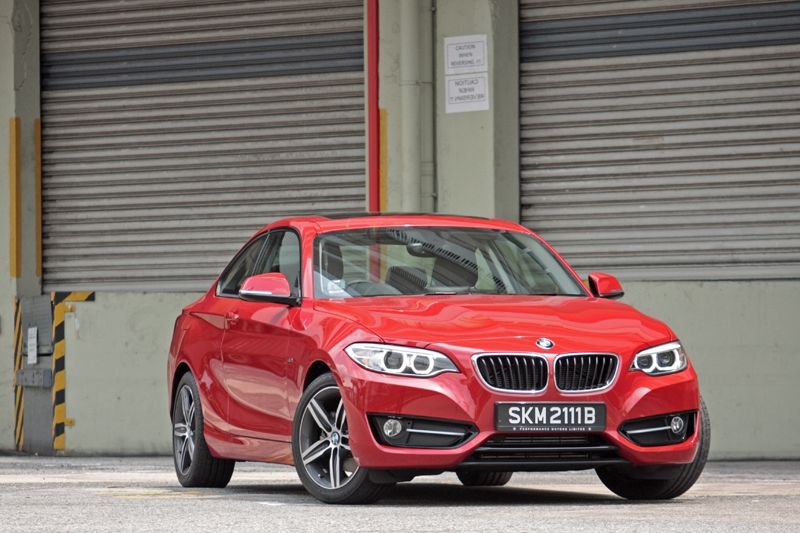 Can’t decide what car to reward yourself with after working hard since graduating from university? BMW has the answer…

Look around and ask yourself, “What car would I like to buy after all that hard work and saving up?” Well, if you are the practical sort who believes in maximizing your dollars, an executive saloon like the A3 Sedan or CLA makes more sense. If you want something that you could use in the long term – one that you can continue driving even after the arrival of junior (or a bundle of them) – then obviously the 3 Series, C-Class or A4 should be right down your alley.

BUT if you can tell yourself ‘YOLO!’, then I personally would like to recommend this one from BMW: the 220i. 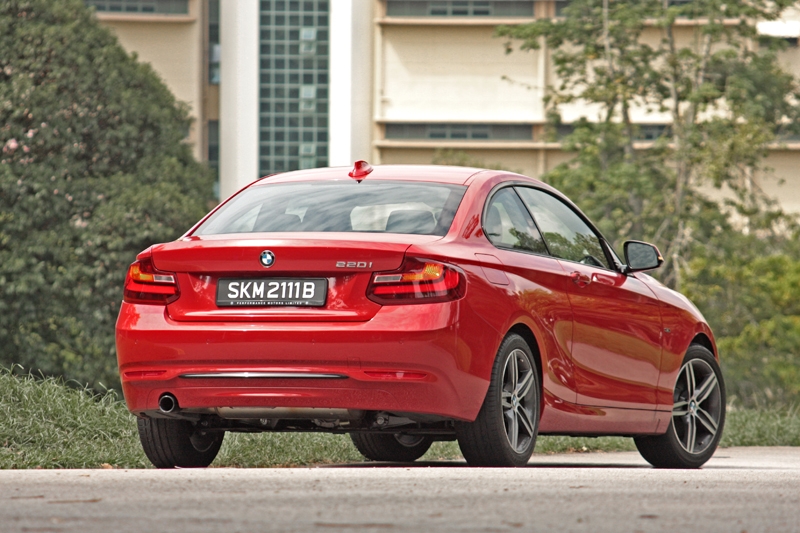 You see, it has all the virtues of the modern BMW: rear-wheel drive, turbocharged powerplant and let’s not forget solid build quality. 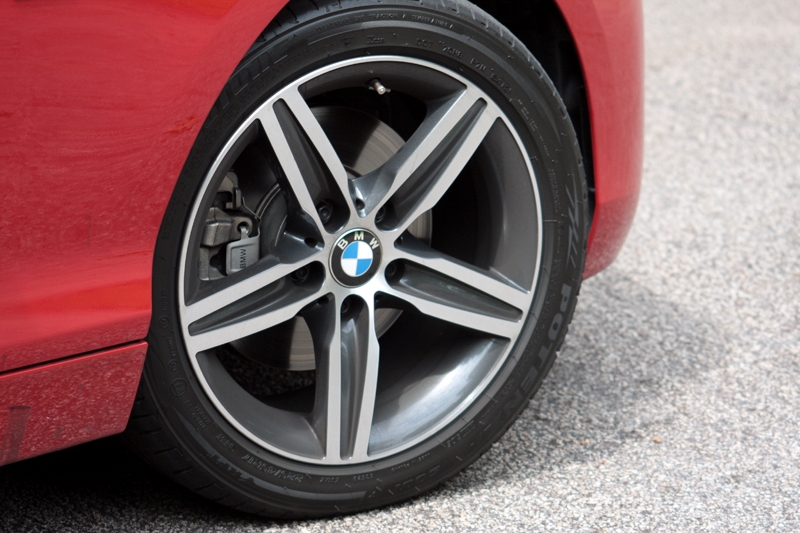 The 220i may look nothing out of the ordinary at first glance. To be honest, it can even pass off as Wikipedia’s definition of ‘boring’. You do not get any fancy kit, the (undersized) 17-inch alloys wrapped in Bridgestone Potenza S001 probably came from the late 90s and even the exhaust tip look so, erm, mundane. Fortunately though, it gets for itself a recognizable face: detailed front bumper, kidney grills that do not resemble a pair of oversized nostrils and last but not least, headlamps that are beautifully crafted with ‘angel-eyes’ running light as standard. Sunroof is factory-fitted too. 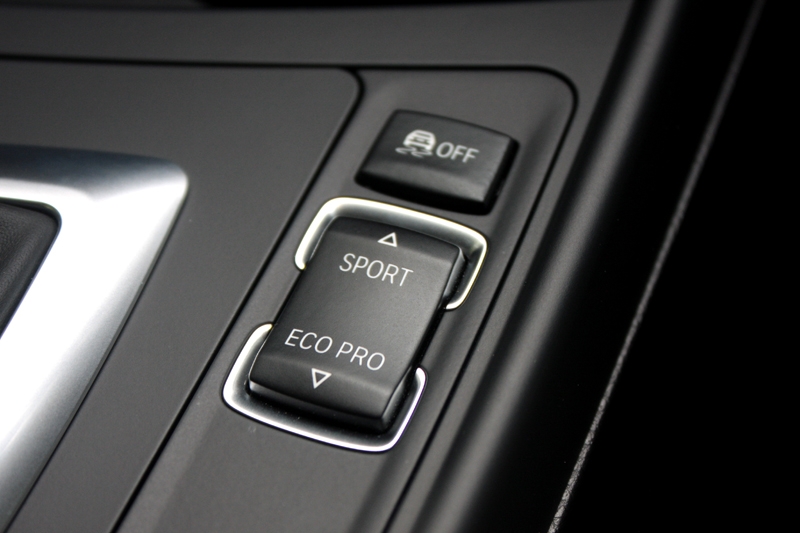 Also, despite being an entry-level model, panel gaps are kept at the barest minimal. Good job, BMW. 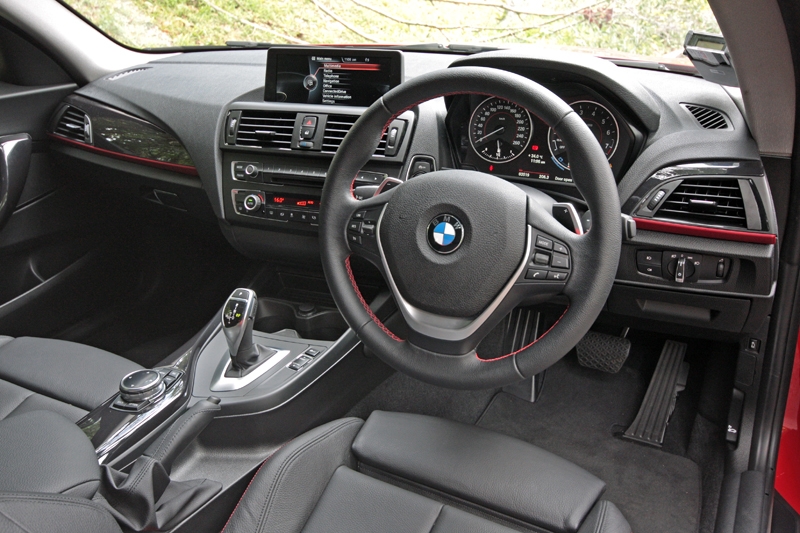 Inside, the 220i is your typical BMW: controls are properly laid out around the driver, displays are clear and a build quality that definitely deserves two thumbs up. The steering wheel is nicely sized, with paddle shifters available at no extras. It also gets the latest generation iDrive, featuring a touchpad that has been integrated into the scroll. Driving Experience Control - so you can toggle between Eco Pro, Comfort, Sport or Sport+ - is present, which means you can drive it according to your mood. 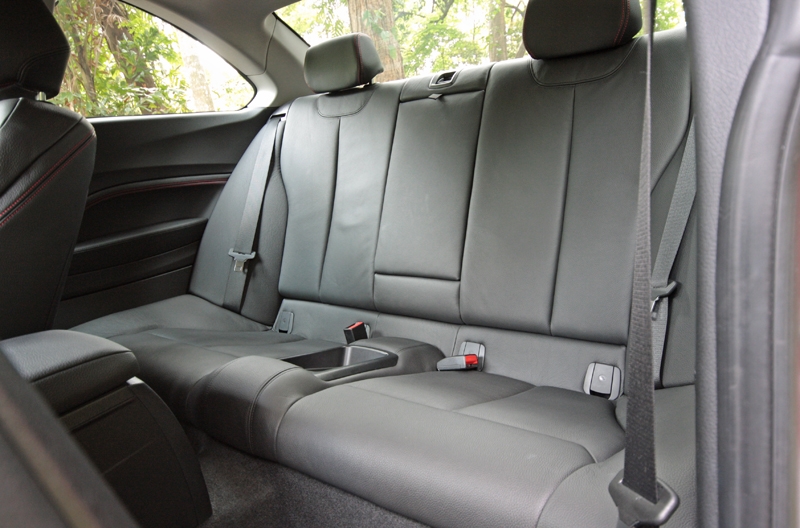 The driver’s seat is not exactly the most body hugging, but on the contrary, it is surprisingly comfortable for long distance. Compared to its predecessor the 1 Series Coupe, the 220i’s wheelbase has been lengthened by some 30 mm, which translates to legroom that should be commodious even for slightly taller passengers. Headroom, while acceptable for average-sized passengers, remains compromised for taller passengers no thanks to its steeply sloped C-pillar. 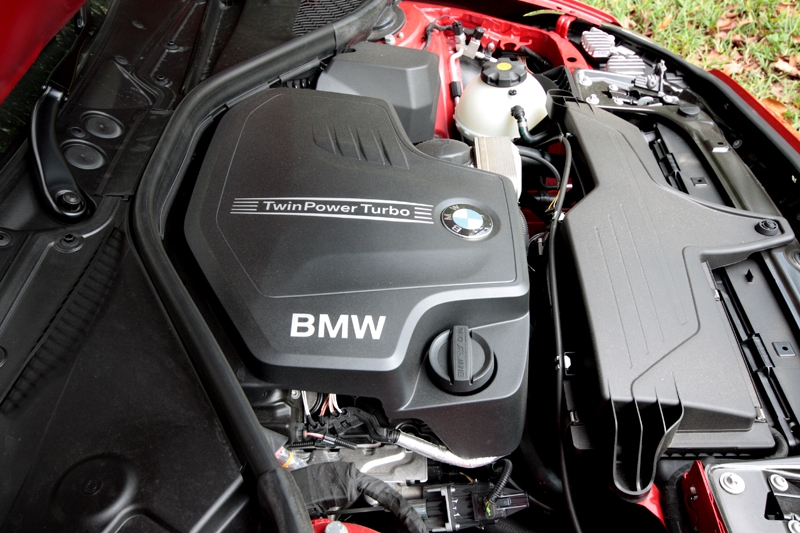 Powering the 220i is BMW’s familiar turbocharged 4-cylinder, 16-valve 2.0-litre lump. Mated to an 8-speed automatic (no manual available, even if you were to insist on one), it whips out a respectable 184 bhp and 270 Nm of torque, and needs only 7 seconds flat to do the century sprint. Top speed is rated at 230 km/h. 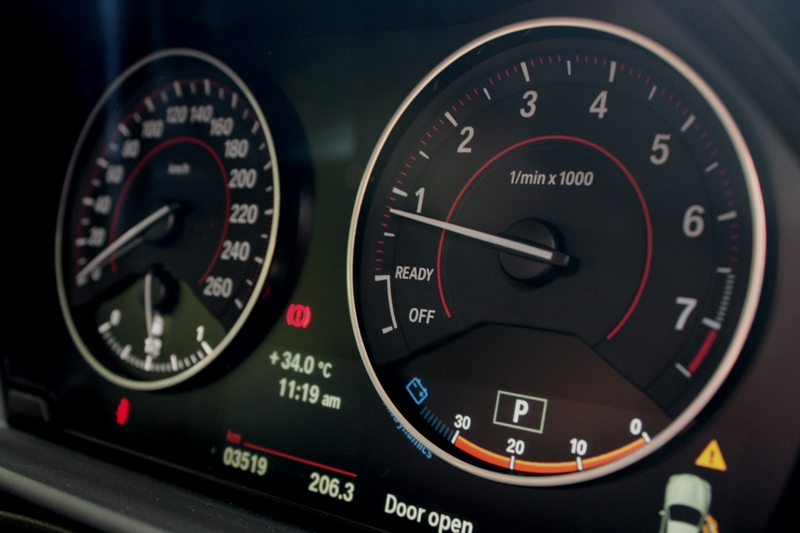 In all honesty, the power output is perfect for the 2 Series. It was rarely caught out of breath, and the car feels eager every single time you have space to floor the pedal; brilliant, particularly, at darting between lanes and covering up empty spaces. 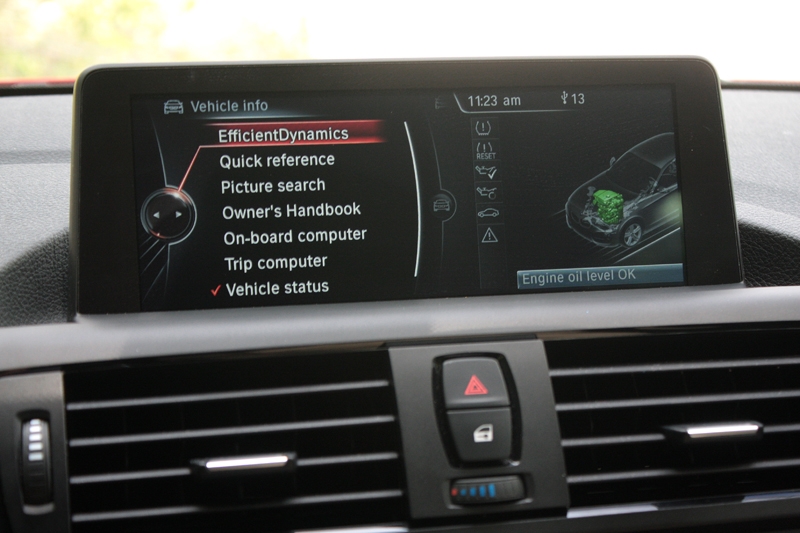 While out on the expressway, this 220i has all the rights to stay on the fastest lane. Even the anchors do a good job of cutting speed and bringing the car to a complete halt during emergency maneuvers; there’s that precision the 4 Series seem to lack slightly. 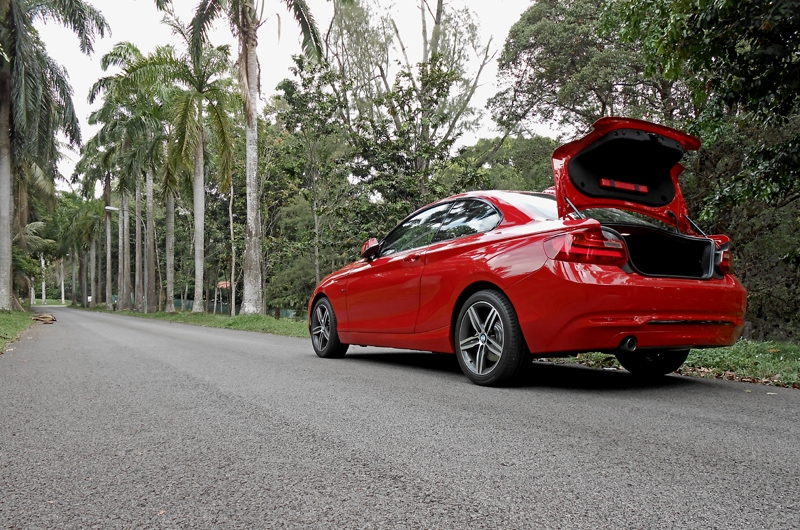 Agility is also the 220i’s forte, showing no complaints when thrown into sharp left hand corners or a series (no pun intended) of bends. Well you do get noticeable body roll still, but instead of throwing the car off, it actually adds character to the car. 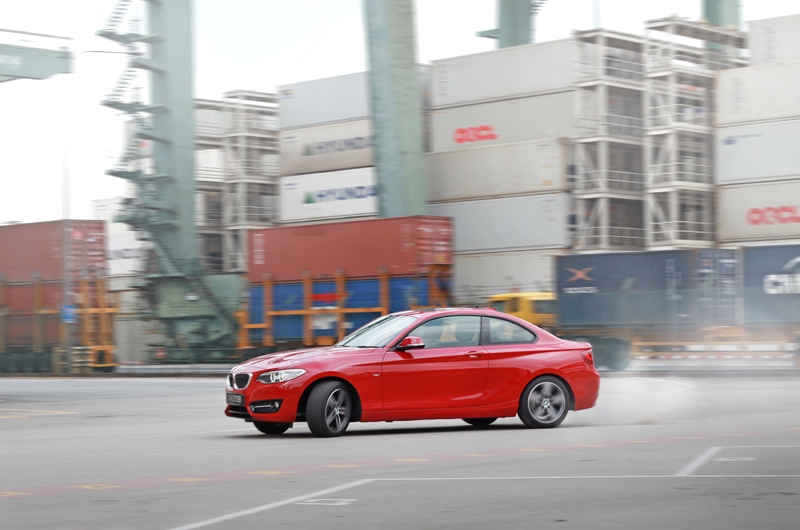 If you do feel ham-fisted, rest assure that the 220i can still misbehave. Being a rear-wheel drive, oversteers are possible; not that we are encouraging, but you know, #justsaying. 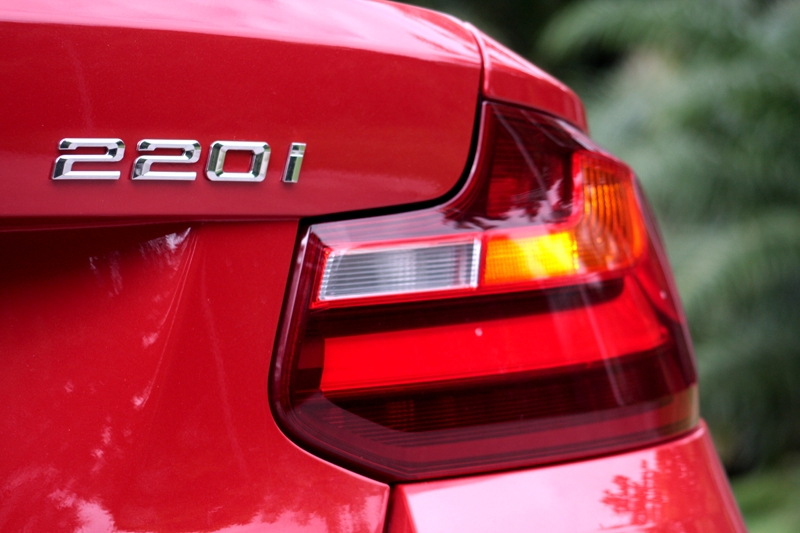 So there you have it, the enjoyable junior coupe from BMW. The 220i, despite its rather drab exterior, actually delivers an exciting driving experience. Ok, so the price may err on the higher side of things and there is quite a list of other competitors to consider at this price point, but if you want one coupe that will surely stand out from the rest of the crowd, you will never go wrong with this. YOLO! 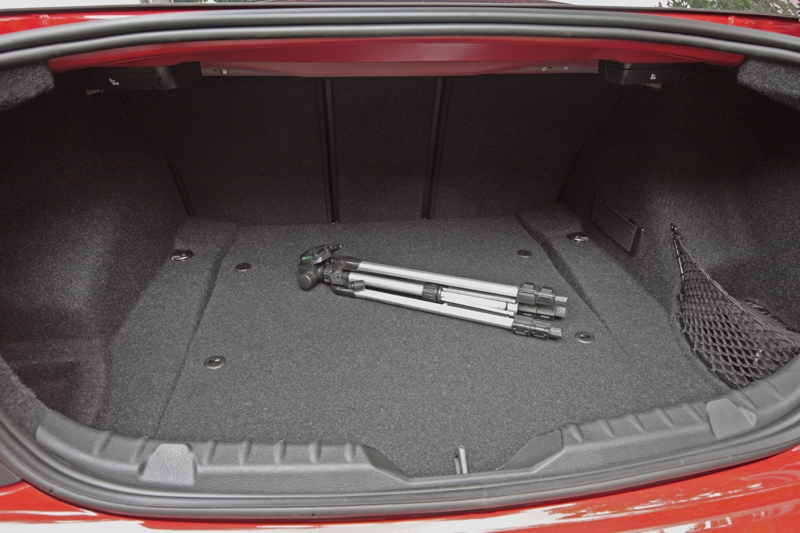 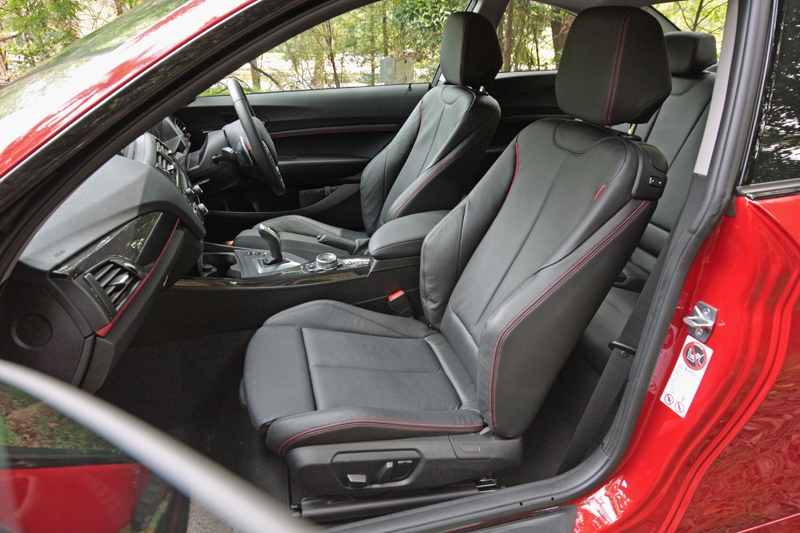 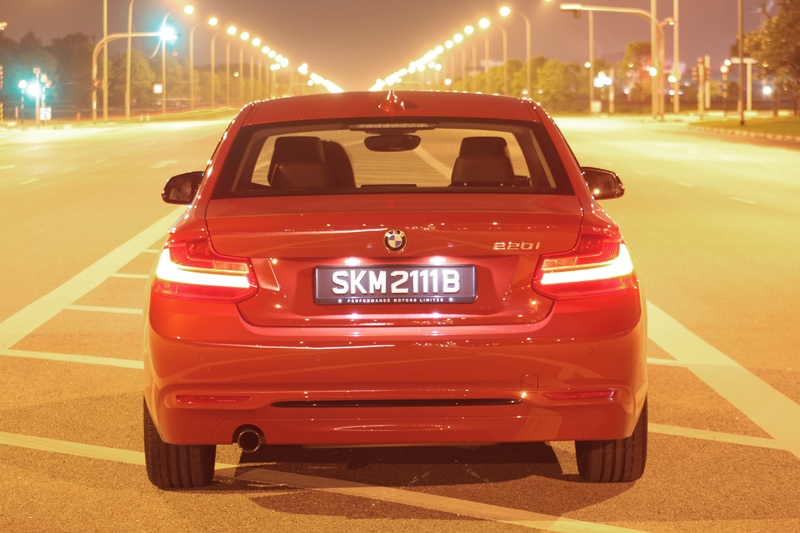