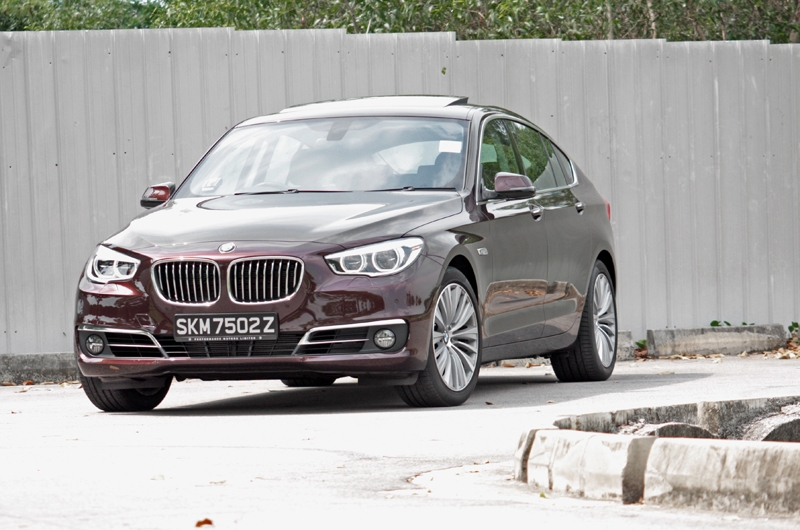 The entry-level (take a deep breath) ‘5 Series on 7 Series platform’ hatchback has been in our market, quietly, for quite some time — do you know about it?

Neither do we, but we were given the keys for half a week and came back satisfied.

The 5 GT needs no introduction. After the 1 Series, it was BMW’s other hatchback model (even before the 3 GT came along). But here’s the thing: the dimension errs on the larger side, it should qualify as an SUV. 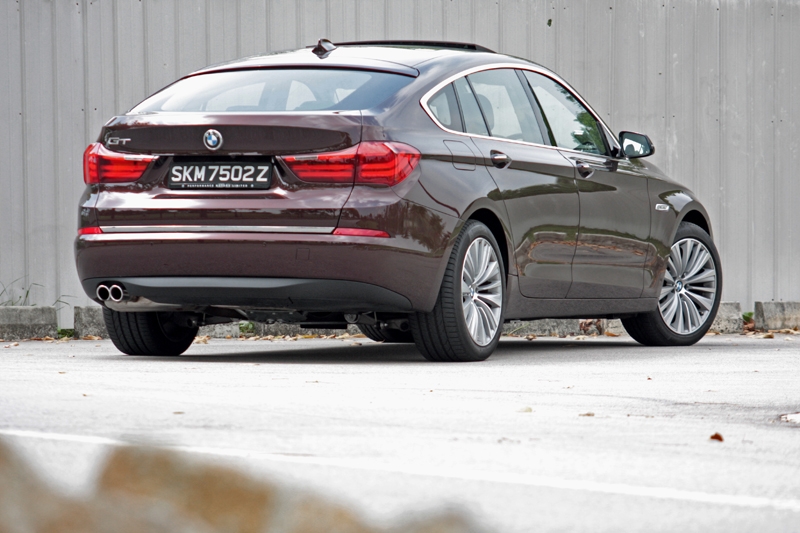 Anyway, there is no point arguing what on earth BMW was thinking creating the 5 GT model (on a separate note, it’s Audi competitor the A7 seem like a more successful story), because it has it’s fair share of fans too. They are the sort who thinks the 7 Series is a little OTT (over the top), want something more unique and stand out from the sea of luxury sedan. 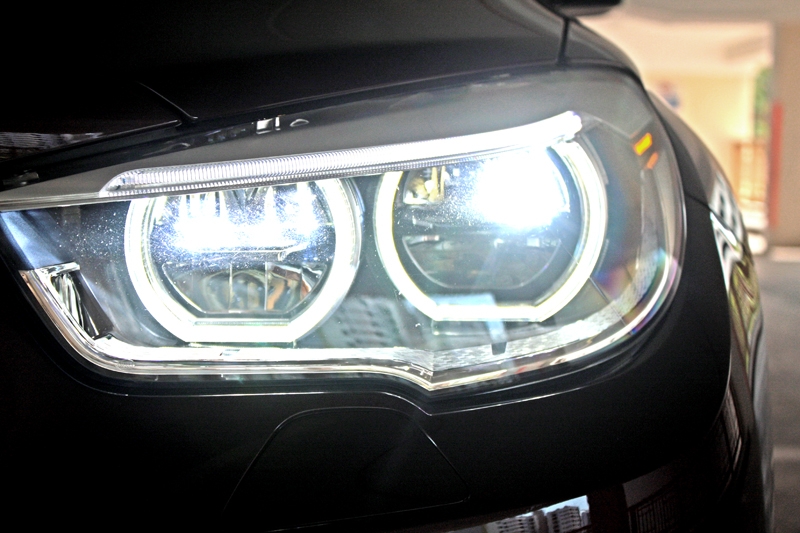 And you cannot blame this crowd, really. With the 7 Series, S-Class, XJ, A8 all vying for the typical tauke’s money, why not take the different route by having a classy five-door 5 Series (excuse the corniness) instead? Technically speaking, the 5 Series GT is built on the 7 Series’ platform anyway. 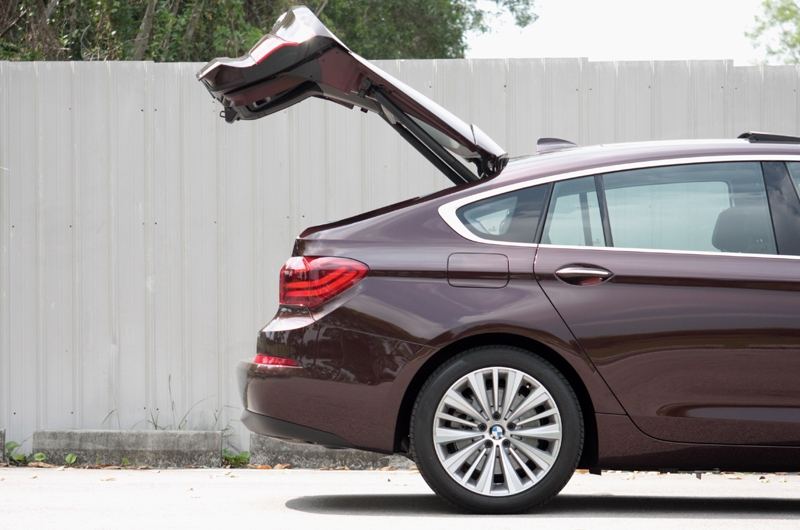 All along since it’s introduction to the local market a few years back, the 5 GT was available only with two engine choices: the turbocharged 3.0-litre 535i and whopping turbocharged 4.4-litre V8 550i. But along with the introduction of the enhanced 5 GT late last year, the 550i was ditched and then replaced by a more-sensible-for-our-market turbocharged 2.0-litre 528i. 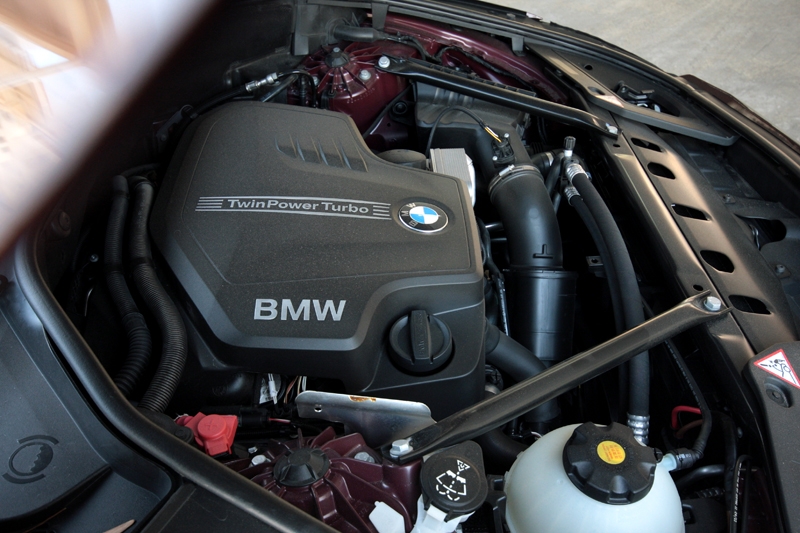 Let’s look at the 528i GT’s figure. Under the bonnet is the brand’s well utilised 4-cylinder 2.0-litre turbocharged lump, and mated to the ZF-supplied 8-speed automatic transmission, it has 245 bhp and and 350 Nm of torque available from as low as 1,250 rpm; simply put, maximum pulling power is available the moment you step on the accelerator. Now this is important, considering the kerb weight of this car - almost 1.8-tonnes worth of sheet metal, mind you. 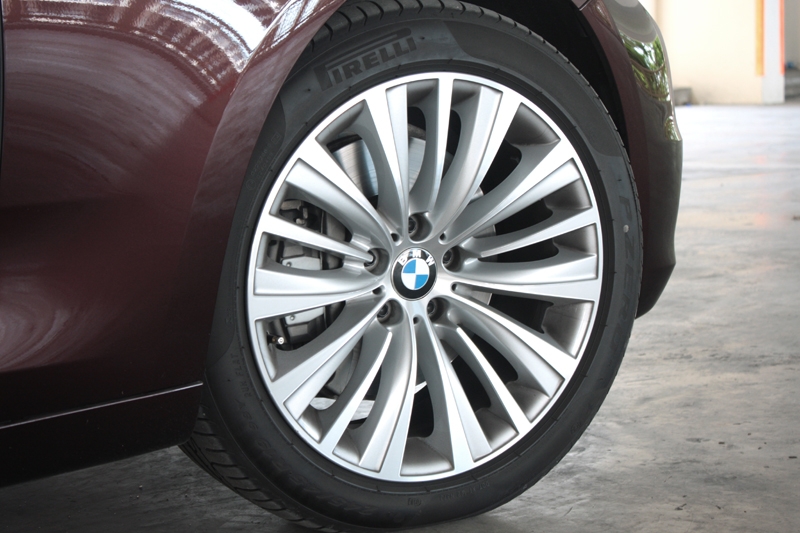 Other important figures include the following: A zero to hero sprint timing of 7.0 seconds (528i sedan is 0.8 seconds faster) and a top speed of 240 km/h (sedan maxes out at 250 km/h). It may not deliver power instantaneously as the 535i that our Editor, Joel, test drove, but the 528i can still outrun large Japanese sedans off the red light; but to be really, really honest, you can feel the weight somewhat bogging down the car’s straight line capability further down the road. No, no, calling it ‘underpowered’ is not right. Ahh… Yes, the politically correct term is “lacks the punch”. 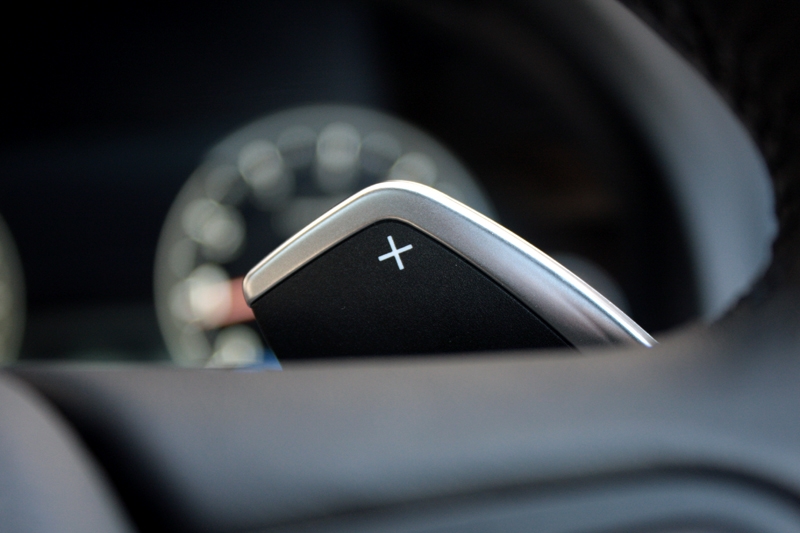 Out on the expressway, overtaking is not much of an issue. The accelerator and transmission responds accordingly (even in Normal mode), but if you’re the sort of ham-fisted driver on a real rush to save the Earth from Godzilla, perhaps you should swap to Sport and change your own gears via the paddle shifters. 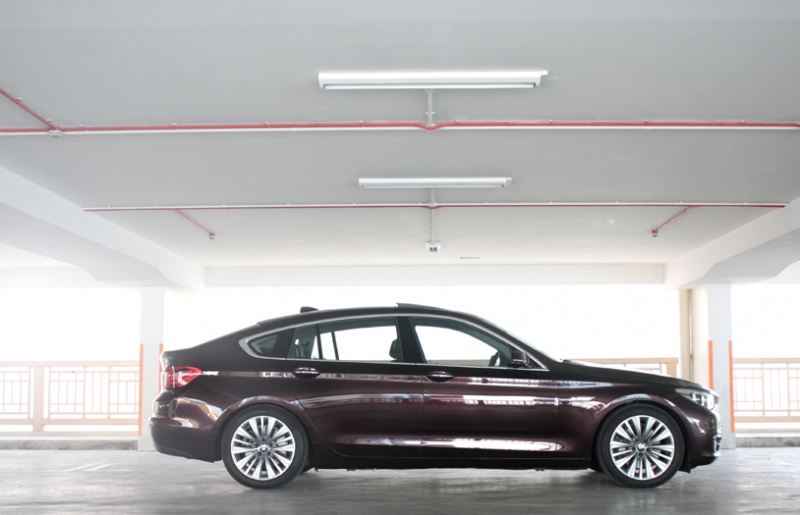 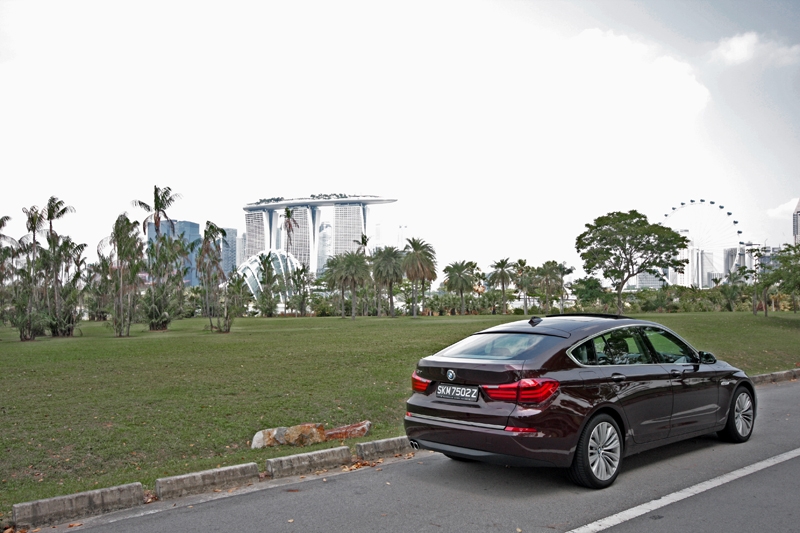 That said, the anchors are always up to the task but somehow there is that noticeable dive when you give the brake pedal a hard, hard stomp to avoid that idiot who just changed lanes without checking his blindspot. 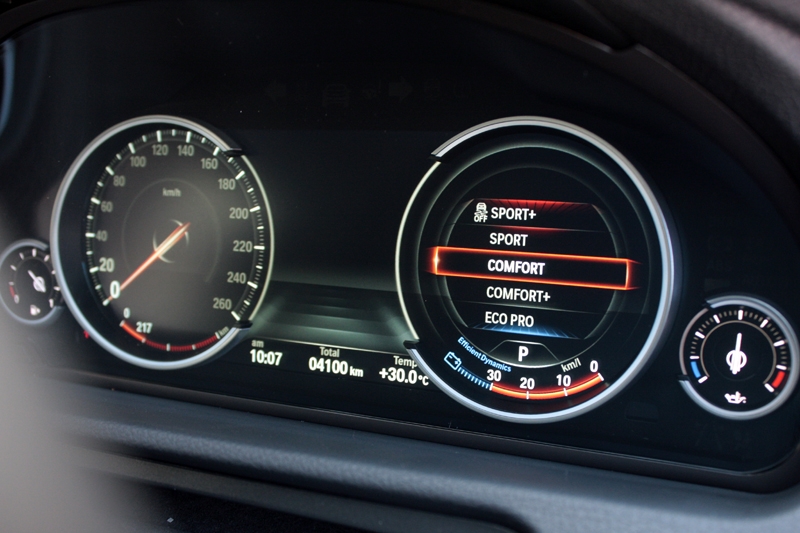 Interior wise, the 528i GT possess your typical BMW build quality; controls are well placed and the cabin is solidly put together. The LCD screen is friendly and pleasing to the eye and even when driving at night, it does not pierce your eye rudely (even in the brightest setting). Of course, you can choose the level of brightness via the iDrive. 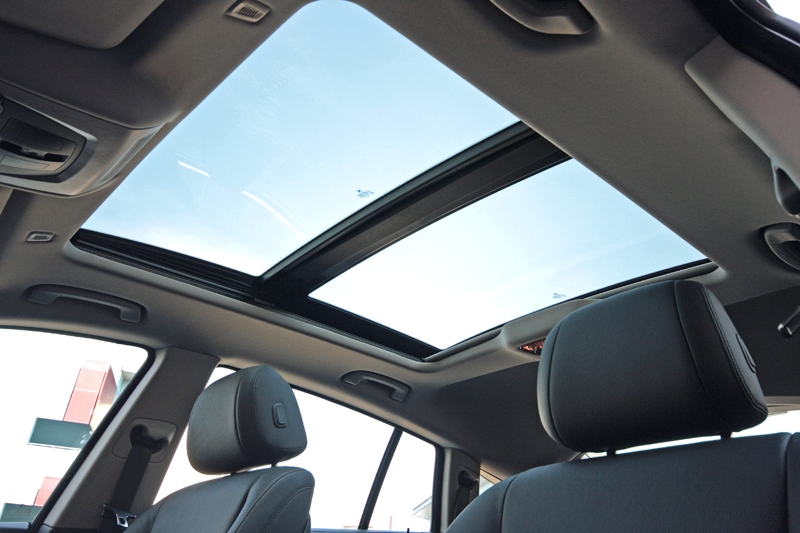 Despite the all-black interior of the test car, the sunroof/panoramic roof combination manage to maintain the airiness. Speaking of which, you can still place three adults at the rear, although taller passengers may complaint of the sloping roof that does compromise headroom a little. 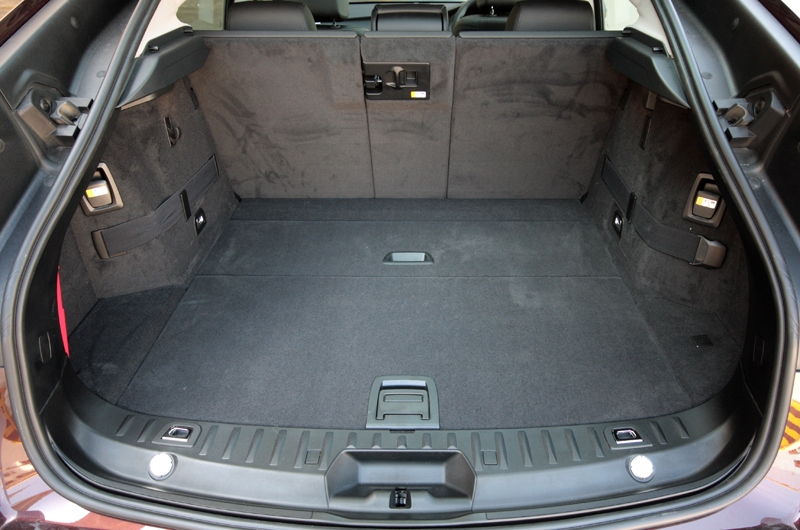 Being a hatchback, the 528i GT offers a sprawling bootspace, the sort that could shame MPVs and wagons — this with the backrest still up, mind you. Fold the backrest down and you can go grocery shopping at Jason’s for at least 6 month’s worth of supplies. 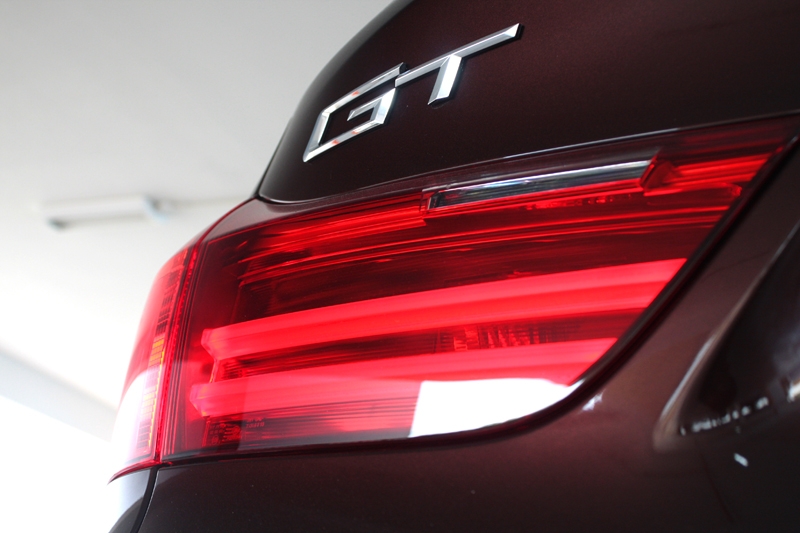 As it is, the GT will remain a niche model for consumers here in Singapore, but knowing now that it comes with a pocket-friendly engine capacity, it is a good option for drivers who are in the market for a unique executive mobile that is, as an added bonus, highly practical for any purposes. So, if you want to stand out of the crowd, the 528i GT should be considered. 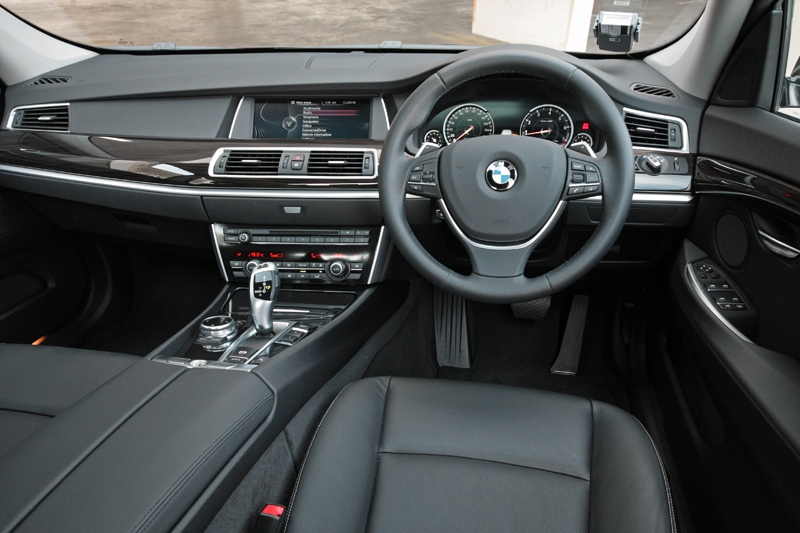 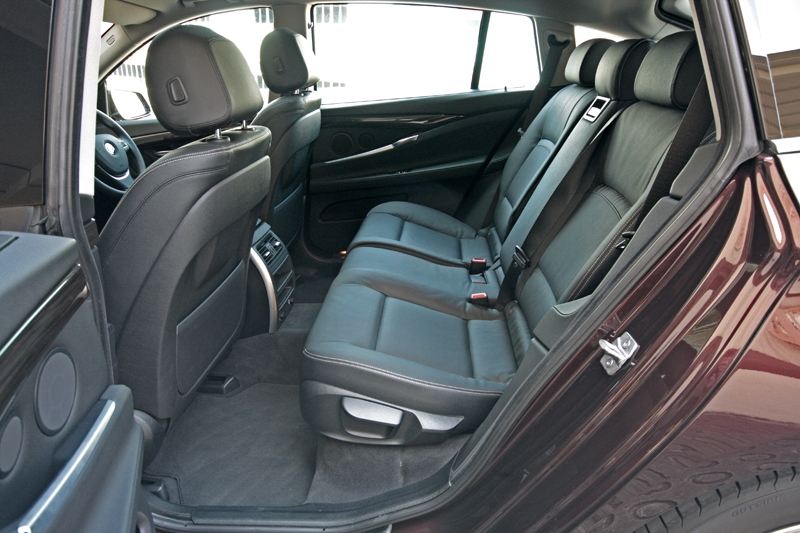