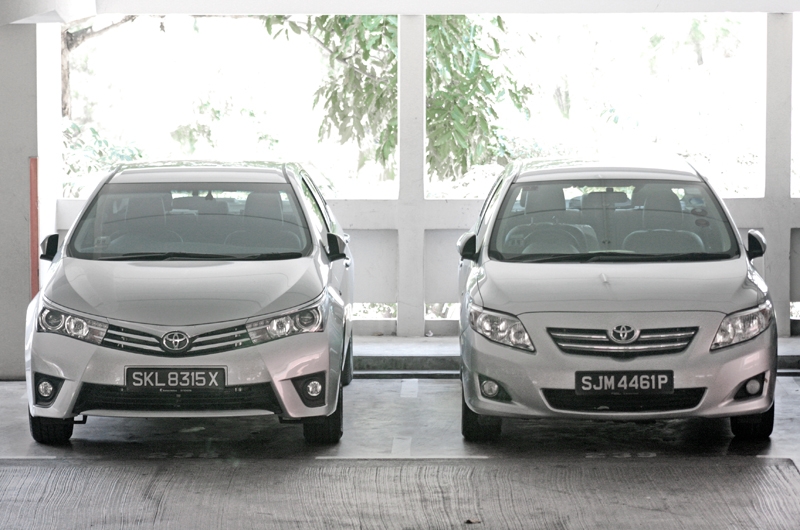 Singapore’s highly regarded family sedan now comes in a more stylish body-shell, but can it continue as well as it’s predecessor?

The name ‘Toyota Corolla Altis’ needs no formal introduction. It is the answer to every family men you and I know when the highly entertaining topic of ‘family sedan’ is thrown onto the table. Think of it as, well, oxygen: If you need a car with four doors, a boot and relatively affordable maintenance, you will not go wrong with an Altis. In fact, if you were to meet the prospective father in-law, the mere sight of you driving an Altis is good enough for him to hand his daughter’s hand to you in marriage; Altis = family man and stability.

So what we have here today is the latest version of the Corolla Altis. At first glance, you should be able to notice how drastically different it is compared to the rather safe design of it’s predecessors. Good job, Toyota. 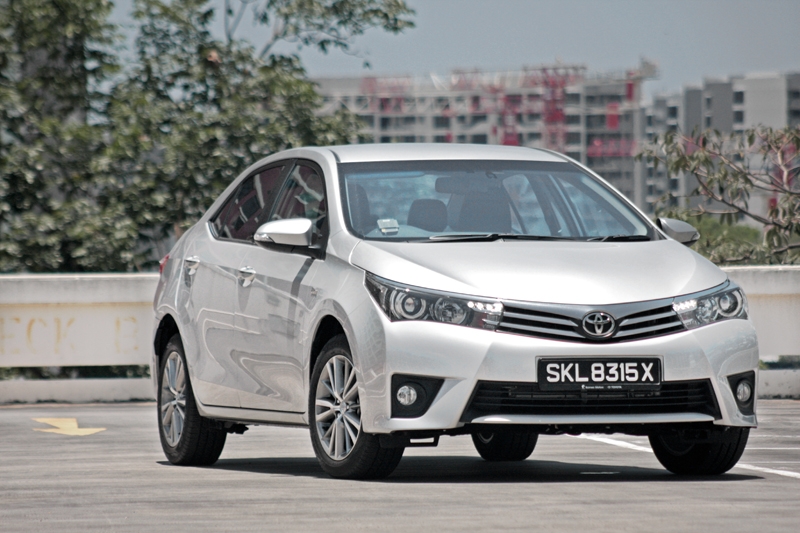 While the face resembles its hatchback sibling, the Auris, very closely, there is honestly nothing to fault. It looks sharp, classy and those pair of sweeping headlamps looks as one with the chrome grille. Speaking of which, those headlamps are LED, mind you. It’s usefully bright even in the rain. 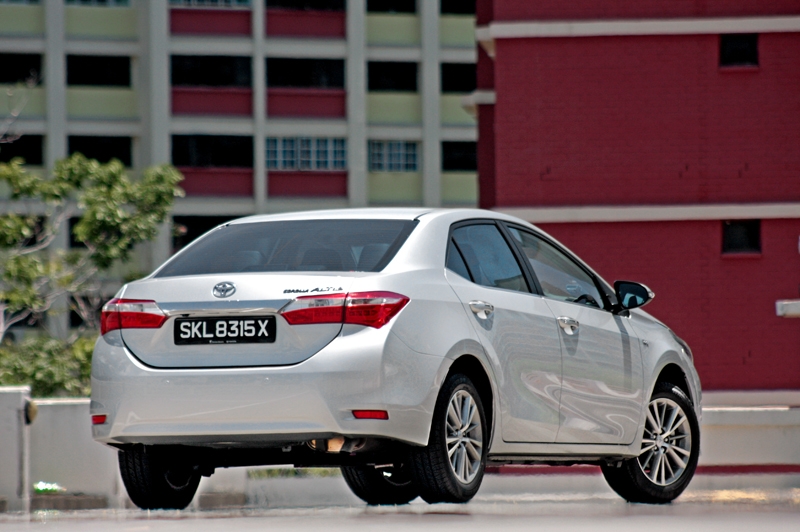 The rear was obviously given much attention by the designers looking at the highly detailed lines on both the boot and rear bumper. Like the front, the slit tail lamps look connected to one another courtesy of the chrome strip between the two. 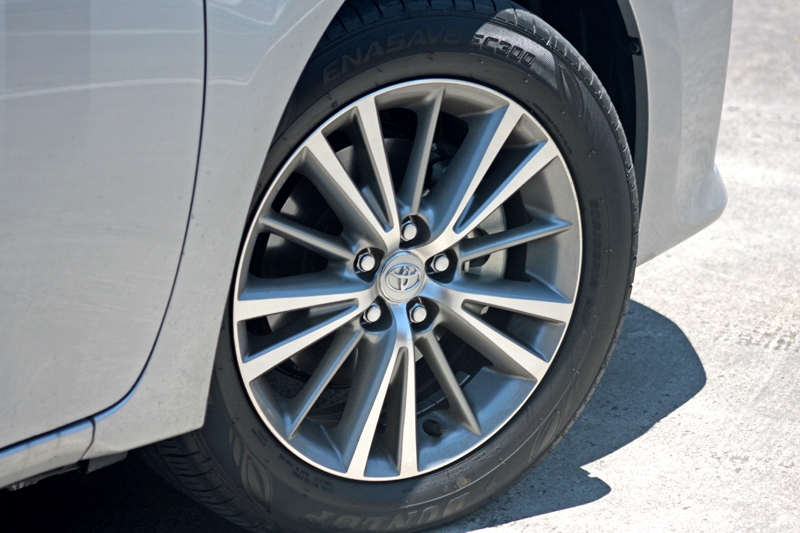 A set of stylish 16-inch rims, wrapped in 205/55 R-16 Dunlop Enasave EC300 eco rubbers, come standard. While it looks well matched to the car, yours truly cannot help but feel a set of bigger 17-inch would do a much better job of filling the arches, considering how some competitors have already made 17-inch standard. 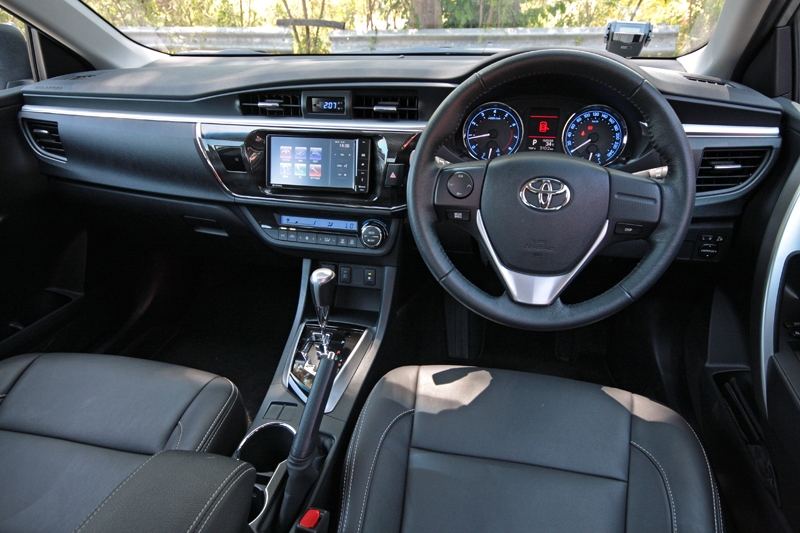 Inside, the Altis displays a sense of opulence. The seats, steering wheel, arm rest and door panels are all wrapped in black leather. In keeping up with the times, Toyota has also used soft plastic for the dashboard. Every buttons are placed within easy reach of the driver as well, on top of the clear and concise design of the controls that makes it idiot-proof. 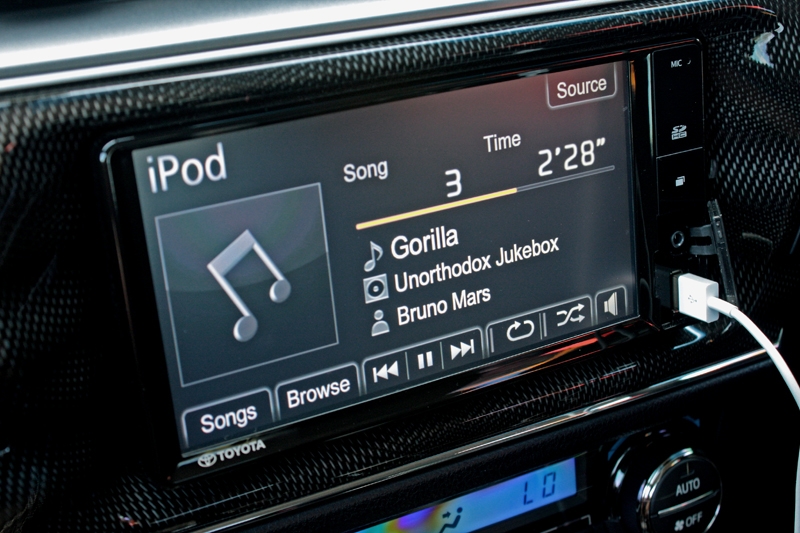 What’s weird though is the placement of the front foglamp’s button; below the air-con’s and rather hidden. Also, while it’s a good effort to use textured plastic around the audio head-unit, it looks somewhat out of place; perhaps a simple, piano black insert would be easier to the eye. Oh by the way, the head-unit also features GPS, auxiliary input and reverse camera screen: must haves for the typical urbanite. 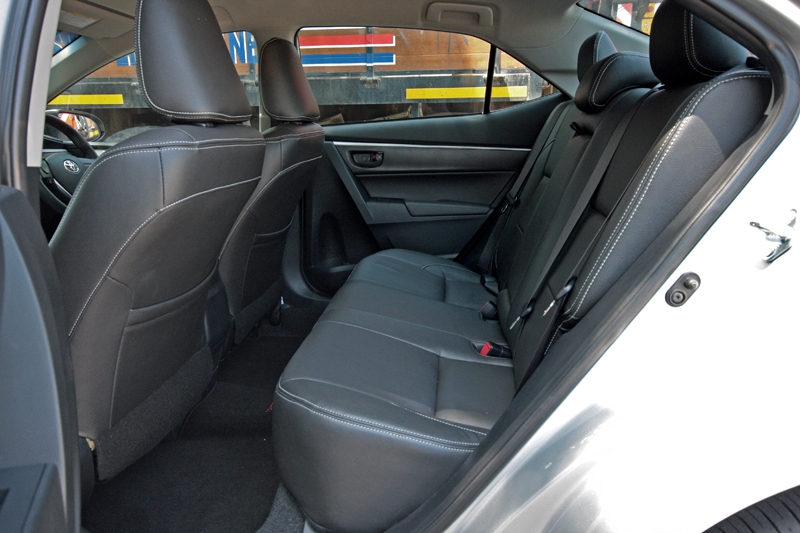 As the car has grown in size, rear legroom has expanded by 80 mm. And with the almost flat floor and generous headroom, ferrying even four average-sized adults - not that we are encouraging - is also possible. Boot size may not be class leading, but it’s useful enough to put in a pram and luggage bags for longer trips up North. And so, the Altis scores highly in terms of practicality. 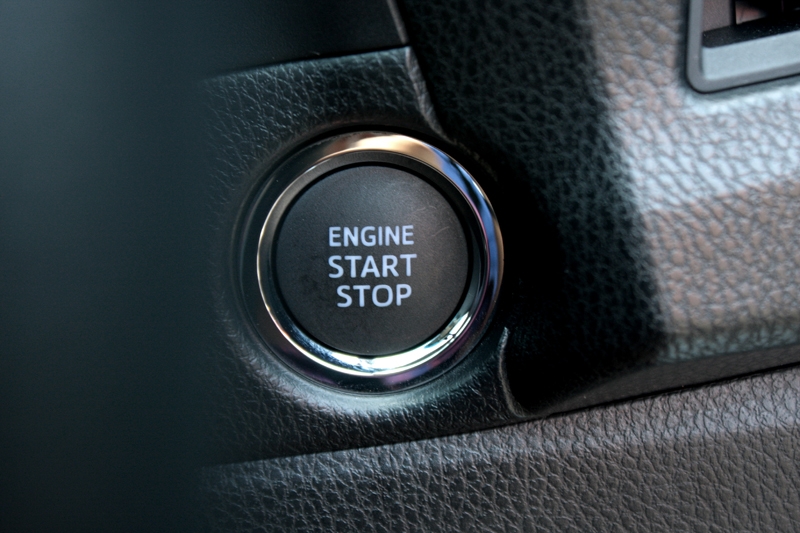 Powering the Altis is a 2.0-litre turbocharged powerplant. Ok, kidding... Under the bonnet is Toyota’s trusty 1.6-litre 4-cylinder, 16-valves engine featuring Dual VVT-i. Well like the saying, “why fix it when it ain’t broken”. 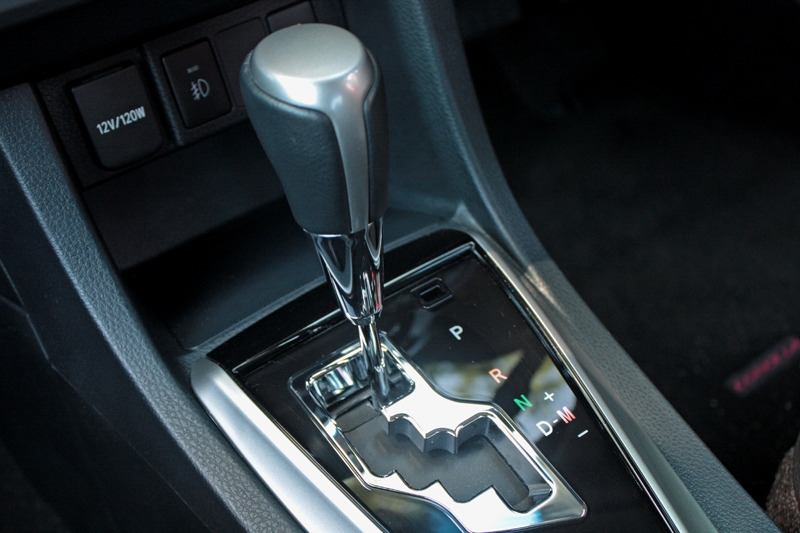 The only difference this time around? It is mated to a 7-speed CVT ‘box. While it may not be sports oriented (despite coming with the option to choose your own ratio via the “+/-” slot), it returns you smooth and drama-less shifts that make the Altis very comfortable especially along the expressway. Left on it’s own however, the transmission prefers to work at a leisurely pace — good for fuel economy, I say. 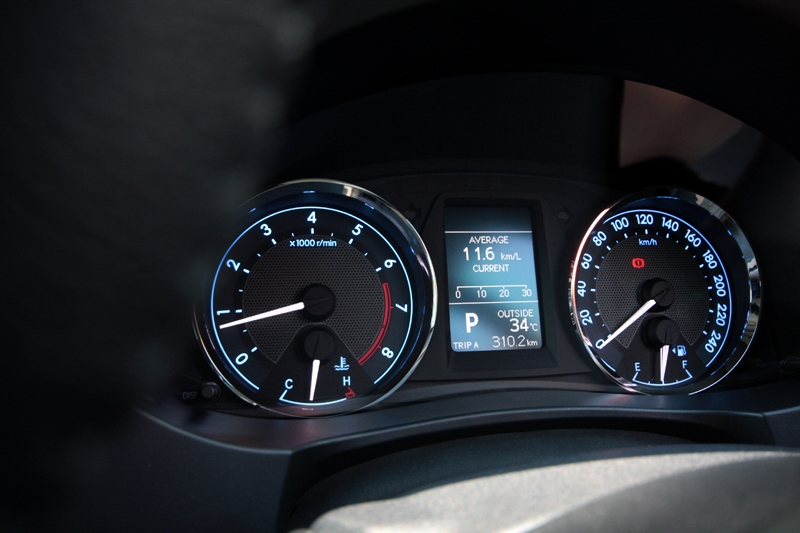 Handling wise, the Altis is slightly — very slightly - stiffer than it’s predecessor. You can take corners faster than your conscious self normally would, although when pushed faster, understeer kicks in. The steering feels meatier this time around; however, one trait that particularly irritates yours truly with passion is how the steering wheel tends to straighten itself. The same issue I had with the also electric power-assisted Kia Cerato and Hyundai Elantra. 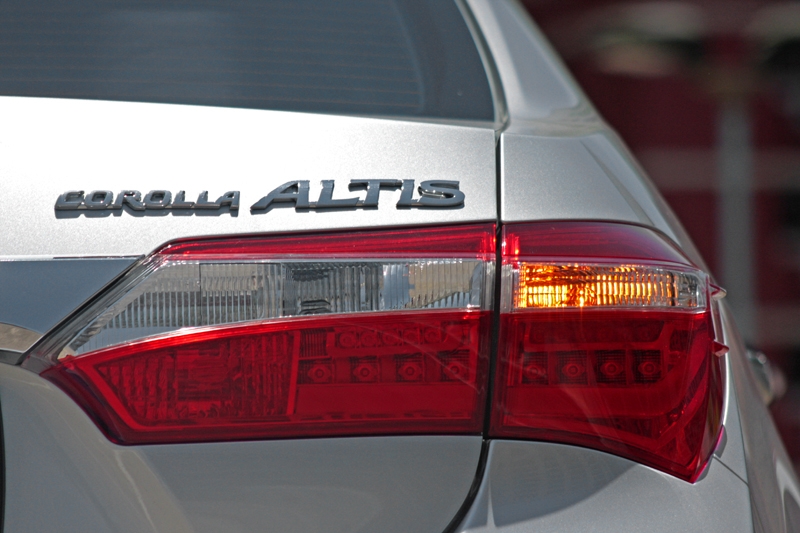 In conclusion, the new Toyota Corolla Altis is an honest family sedan to bring you from point A to B without hassle. It does the job honestly, comfortably and reliably; which is exactly what the masses needs. Which also explains why most Altis owners came running back to the Toyota showroom with their cheque books at hand. 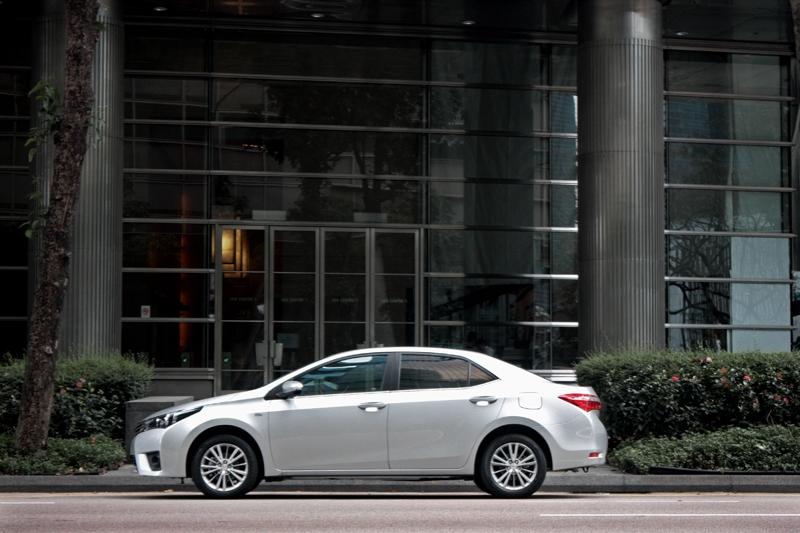 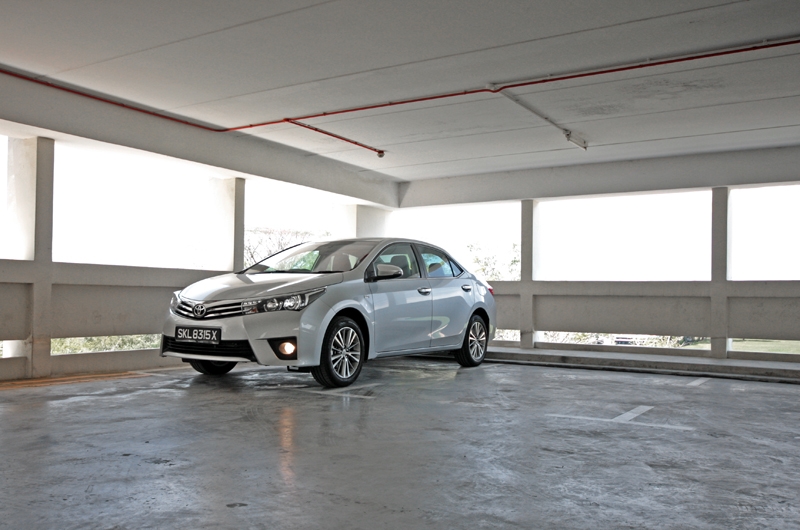 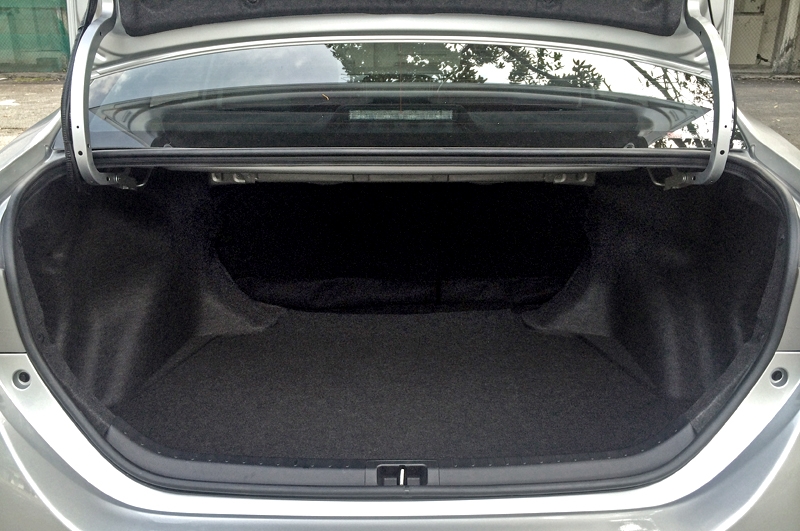 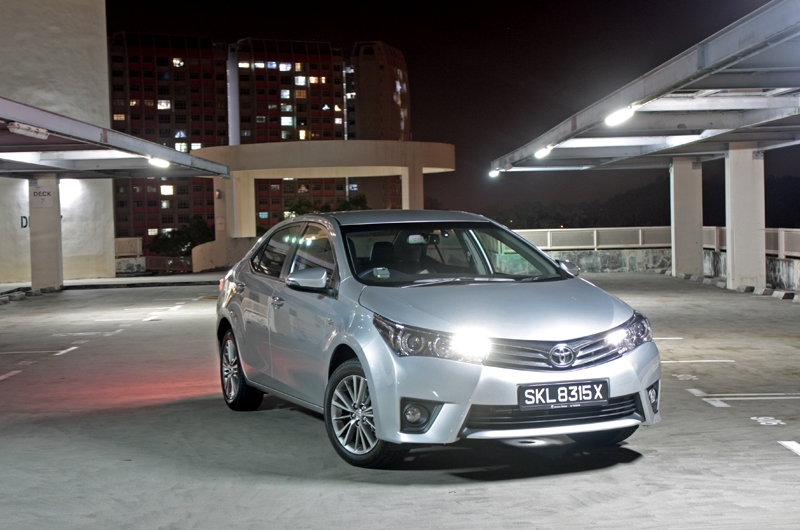