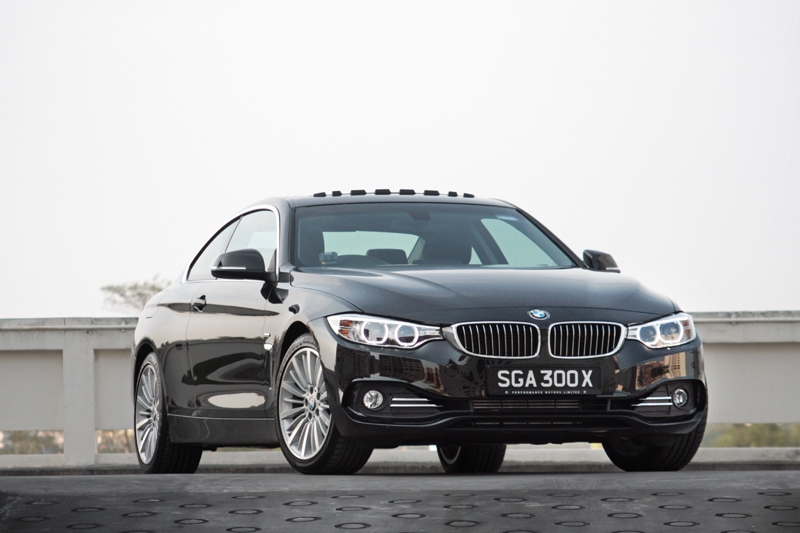 If you must have a German coupe for whatever reasons it may be, BMW’s entry-level 4 Series is worth a close look

German coupes are known for one thing. No, no, not style really; but more of (a) functionality and also (b) brilliant handling. Ok, so make that two.

In his BMW 435i review, our Editor Joel mentioned that, “For now, it's the best German coupe to have, at least until the M4 hits town.” Which is hard to disagree, as it is a complete package on top of having a respectable chassis.

So how about this quietly introduced entry-level 420i, then? During the launch of the 4 Series last year, only two variants were introduced: the 428i and 435i. But in their pursuit to garner more audience, BMW decided to now include the 420i — you save some $76k over the 435i, mind you. 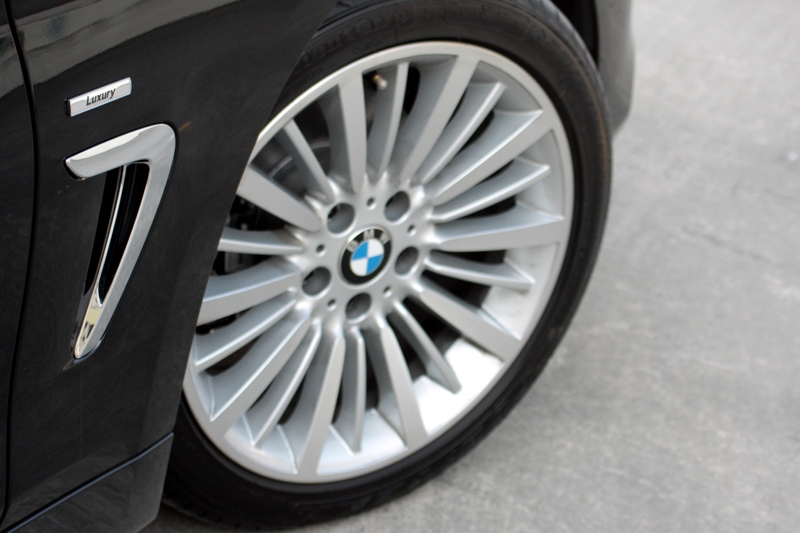 You might opine the 420i may lose out to the 435i. Inferior even. Surprisingly, there are not many notable differences. If you were to look closely at the car’s exterior, the only telling tale is the single, chrome exhaust tip, less dramatic alloys and the ‘Luxury’ badge flanking it. On top of that, you get more chrome bits to add more class. 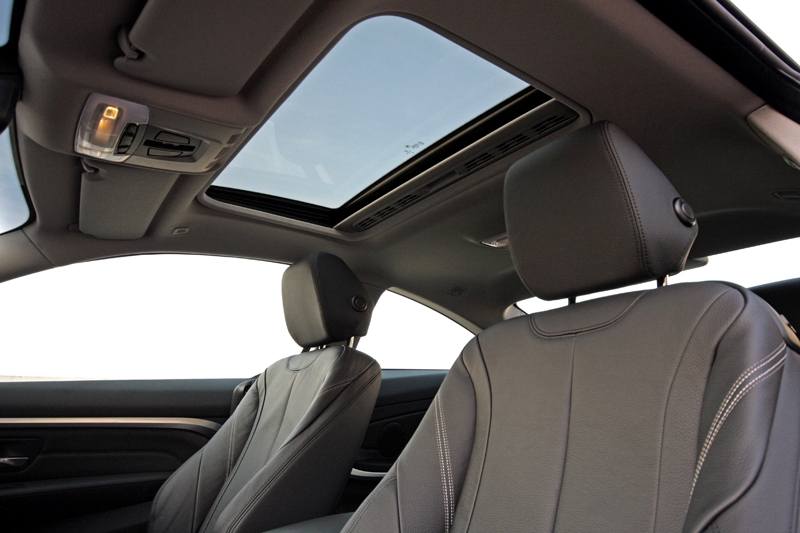 Surprised by the negligible list of difference? Well, so were we. Oh, even finding the sunroof a standard fitment here made us go “woaah”. 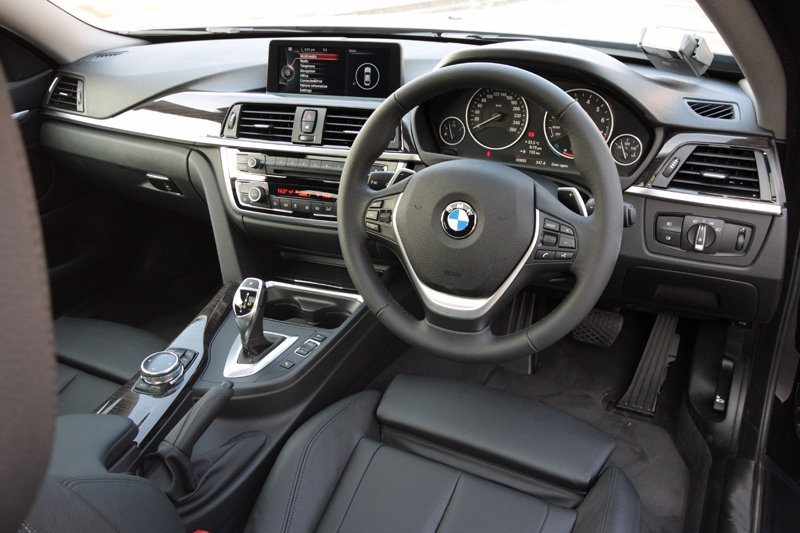 Interior wise, there is — again — nothing obvious enough to tell the 420i from the 435i. Huggable sports seats? Check. Leather wrapped steering wheel with multi control buttons? Check. New iDrive control with touchpad? Check. As a whole, cabin gadgets remain largely similar here. Ok, so you do not get the Harman/Kardon audio system, but the standard BMW ones are good enough. 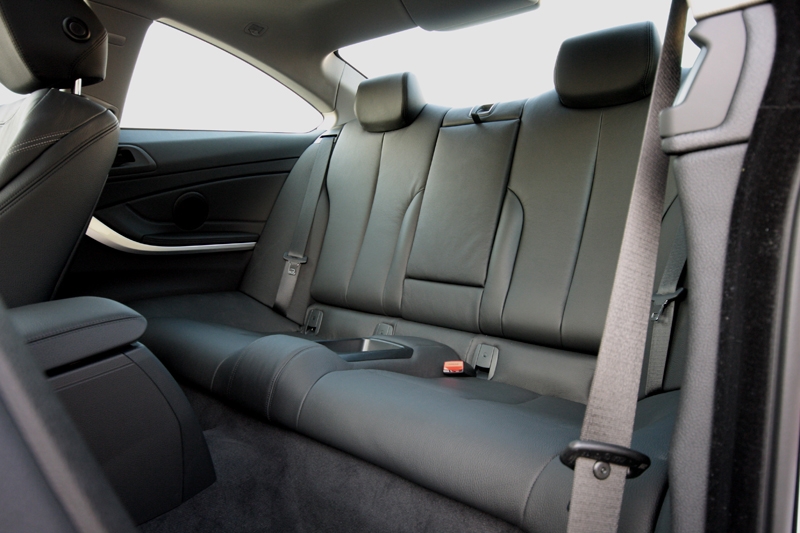 There is enough room for four average-sized adults in the 420i, and that also means an adequate amount of legroom for rear passengers. FYI, the 420i has the largest wheelbase next to the Mercedes-Benz C250 Coupe and Audi A5 Coupe. 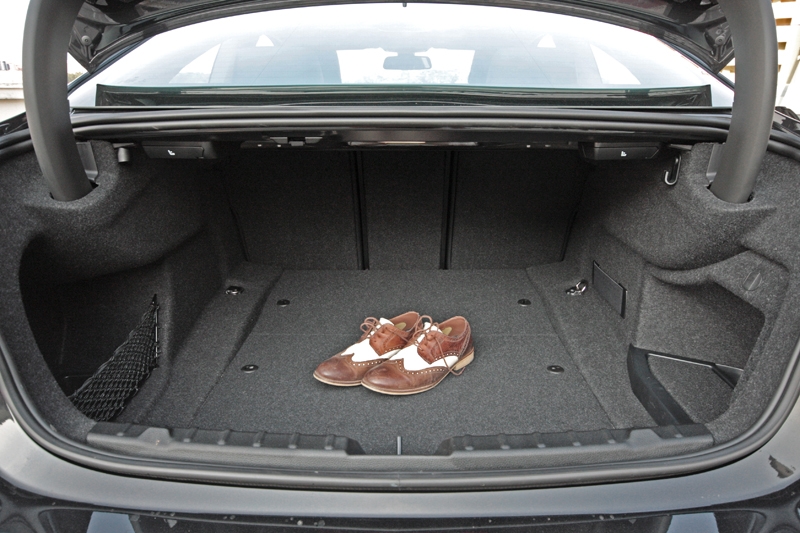 Boot space deserves praises as well; if road trips are your thing, rest assure you can place even two large luggage bags back there. Or that irritating buddy who could not stop snoring… 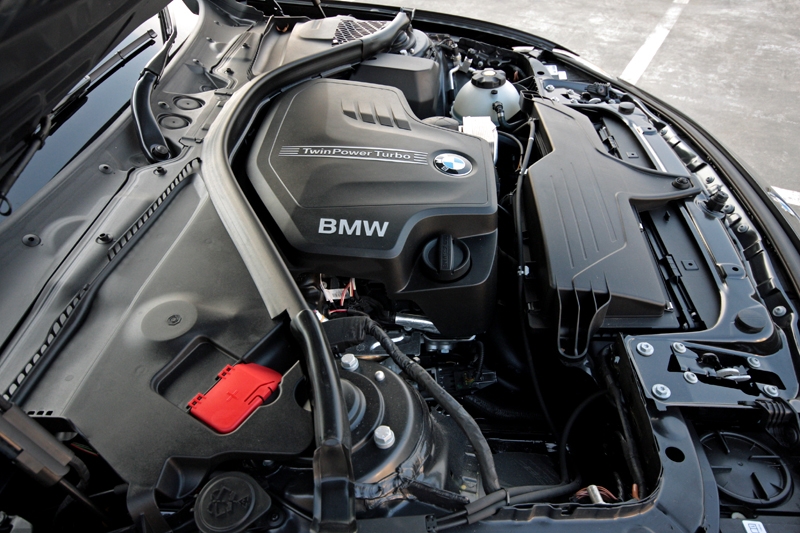 Powering the 420i is BMW’s highly utilised 2.0-litre 4-cylinder turbocharged lump. Mated to the ZF 8-speed auto transmission, maximum power output is rated at 184 bhp with torque at 270 Nm, available from as low as 1,250 rpm. 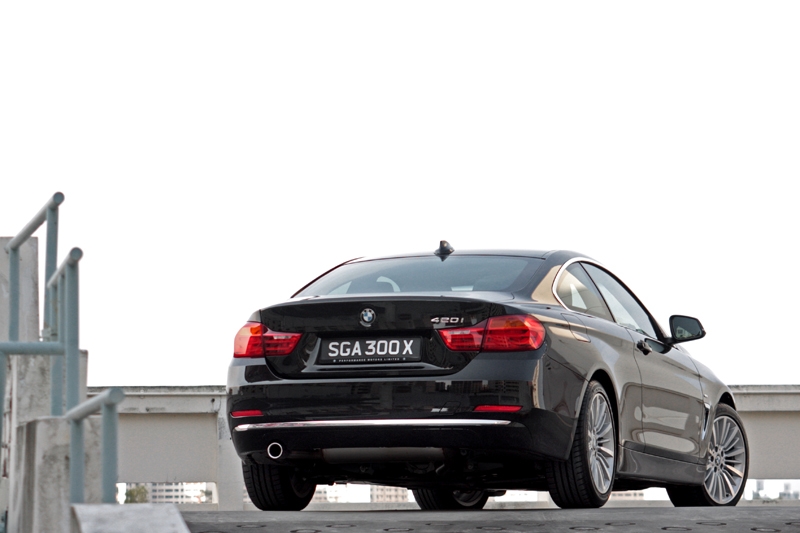 To be realistic, do not expect GTR-chasing power delivery here. Instead the 420i does it with refinement and class, and of course at a pace that remains respectable; it can still outrun most large sedans anyway. BMW rated the 0-100 km/h timing at 7.3 seconds, but yours truly reckon it’s slightly faster than that. Floor the accelerator and without realising it, you are already past the legal speed limit with your surrounding turning into a blur. 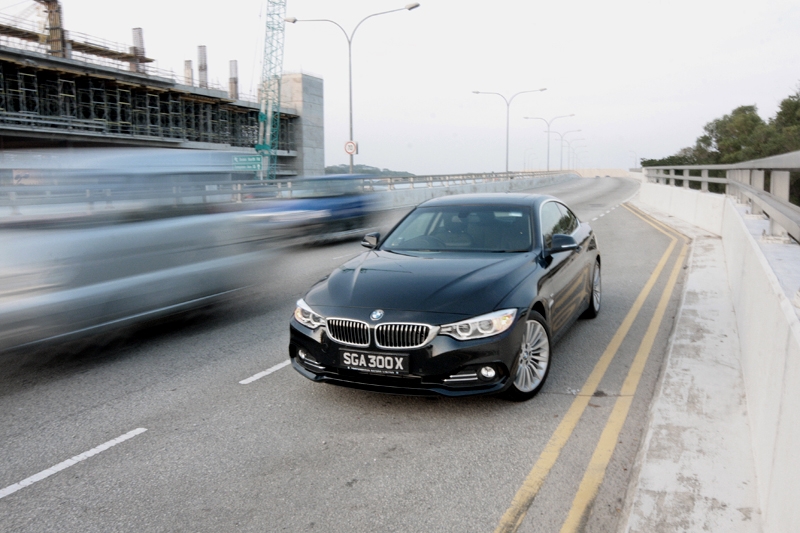 The transmission, although shifting smoothly, somewhat has the tendency to shift up earlier than expected even in Sport mode. Thankfully BMW made paddle-shifters a standard fixture here, which allows you to manually pick your own gears. While at that, the car is willing to stretch all the way to its 7,000 rpm redline; however, it does feel flat past 5,000 rpm. 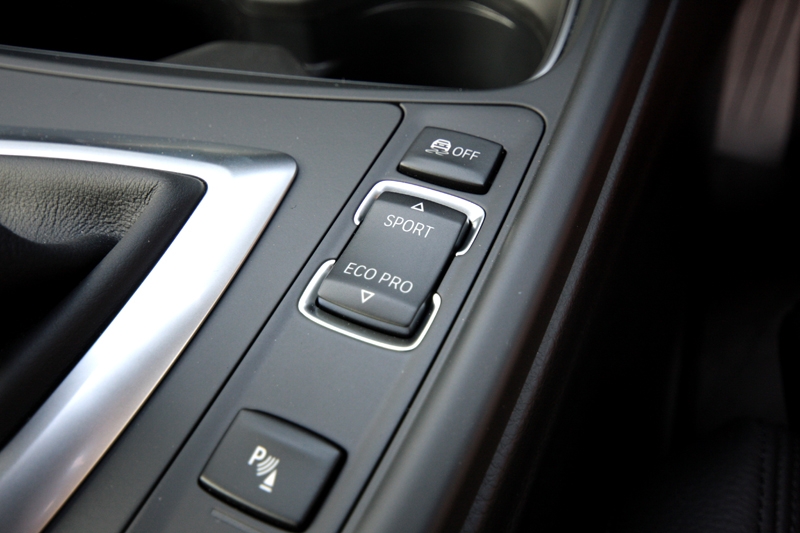 In terms of handling, the 420i remains reliable and assuring. Steering is constantly positive, on top of feeling weighty. The suspension system is definitely well balanced: neither too soft for the driver nor overly stiff for passengers. To be rather blunt, it places itself perfectly between the C250 Coupe (which can be rather soft for some) and A5 Coupe (that can come across as busy). 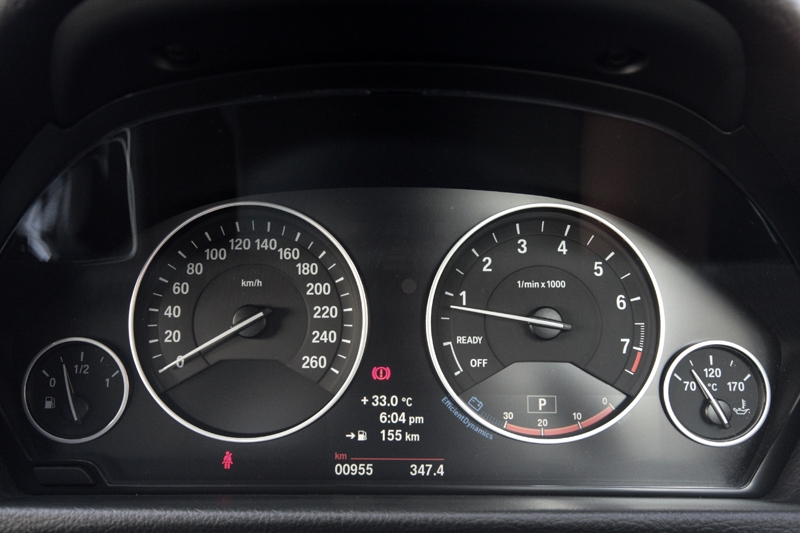 Which makes this Bavarian coupe a brilliant expressway cruiser. On top of the quiet cabin that shuts itself away from wind, road and tyre (the 420i was shod with Goodyear EfficientGrip donuts) noises, the engine notes are barely audible. And when you do need to overtake (or undertake, depending on the goon ahead of you), there is no lack of power. Then when the same goon decides to slam his brake to avoid missing his exit, you will get to realise how sharp and responsive the anchors are; the ABS rarely has to kick in during situation like this. 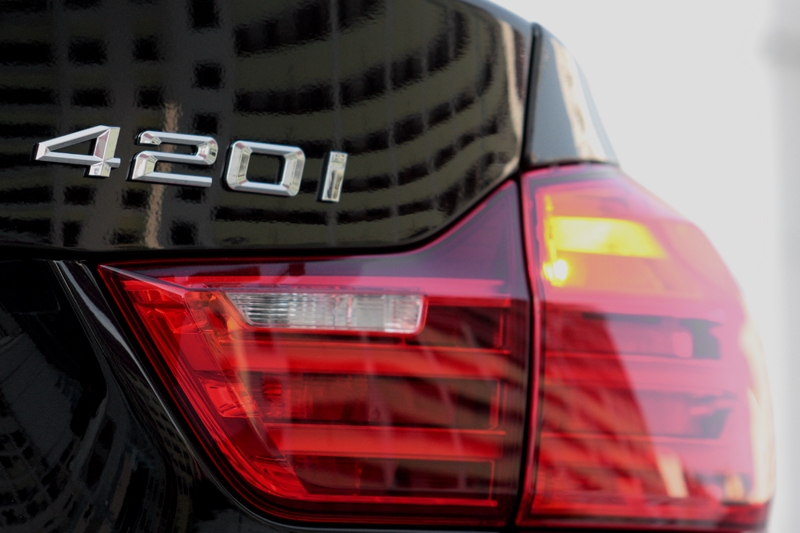 As a whole, the BMW 420i Coupe is an excellent car for your money. It’s the freshest, is well balanced and also refined when placed next to Mercedes-Benz’s C250 Coupe and Audi A5 Coupe. Then, let’s not forget the extensive list of standard equipment. Which makes you wonder: why do you need a 435i Coupe then? The difference in pricing between the two could buy you some other stuff (e.g a shopping spree, a nice holiday or even park it somewhere, #justsaying) anyway. So yes, the 420i Coupe is the best German two-door money can buy right now. 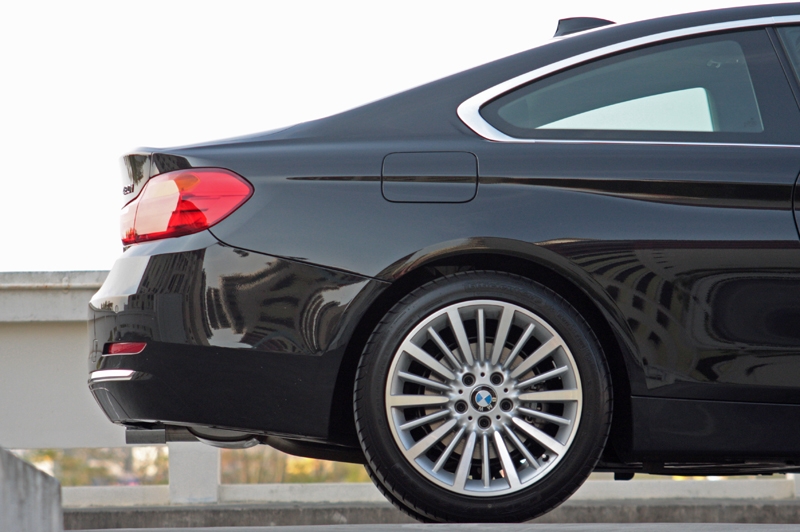 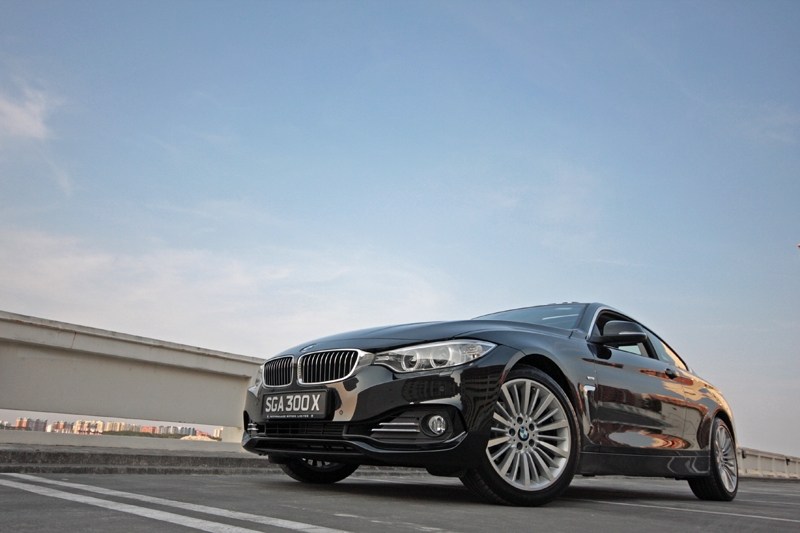