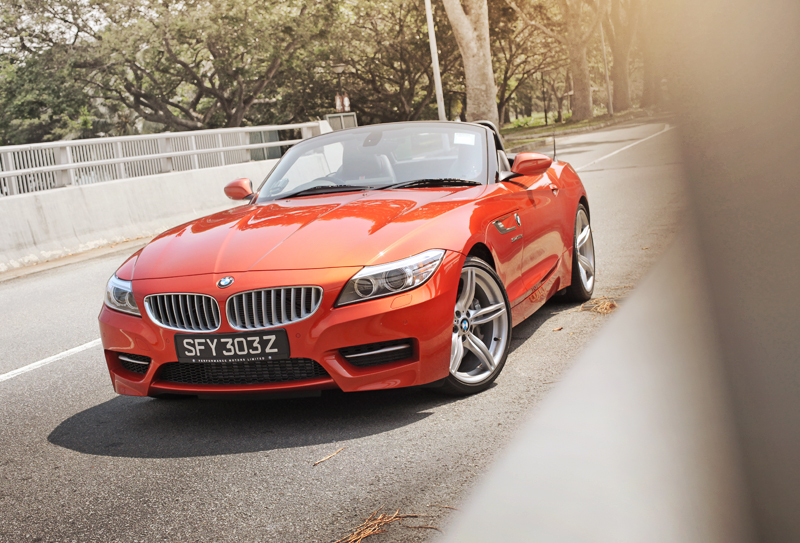 When you buy a roadster, practicality practically gets thrown out of the window. Disregarding opportunity cost of pleasing your girlfriend’s parents, the BMW Z4 sDrive35is 3.0 seems like a worthwhile trade-off of not being able to ferry your scowling future mother-in-law; with such a great looking car, anything goes doesn’t it?

The test car driven by me was one coated in an eye catching metallic Valencia Orange paintjob which serves to accentuate the car’s sporty design lines. Compared to the earlier model, this facelift now comes with chrome accents for its front grille, as well as full LED DRLs adorning the headlights. 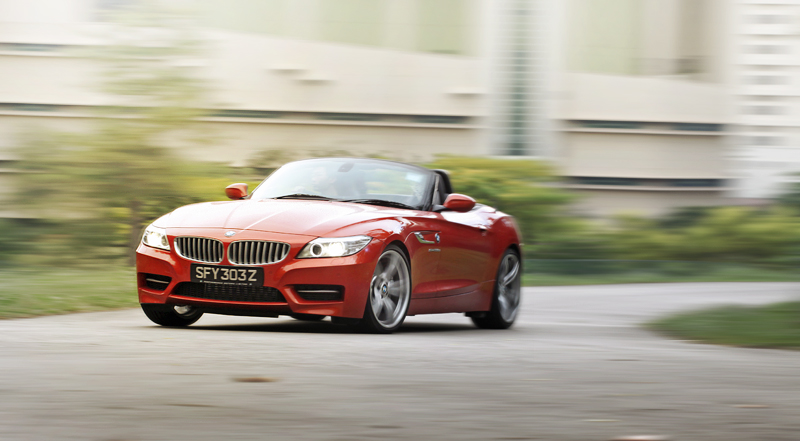 The car also sports multi-spoke 19-inch wheels that are full of show and go, and coupled with the top being dropped for that added WOW effect, this new BMW Z4 is definitely a worthy drop top that would show stop. 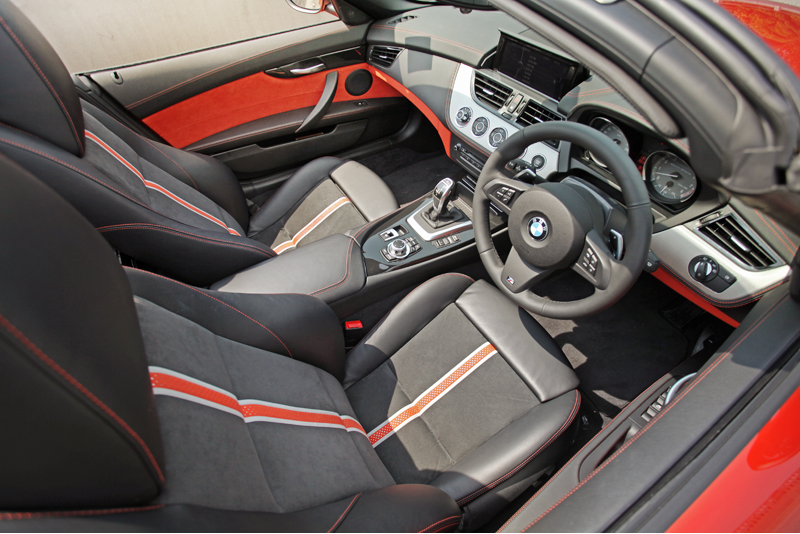 With regards to the car’s interior, you can be assured that it is equally eye-catching, all thanks to the car’s contrasting orange and black trim and Alcantara inserts, that truly gives this car a very sporty ambience. As a driver, you’ll be hard pressed not to floor the throttle, but just be mindful of our local speed limits. 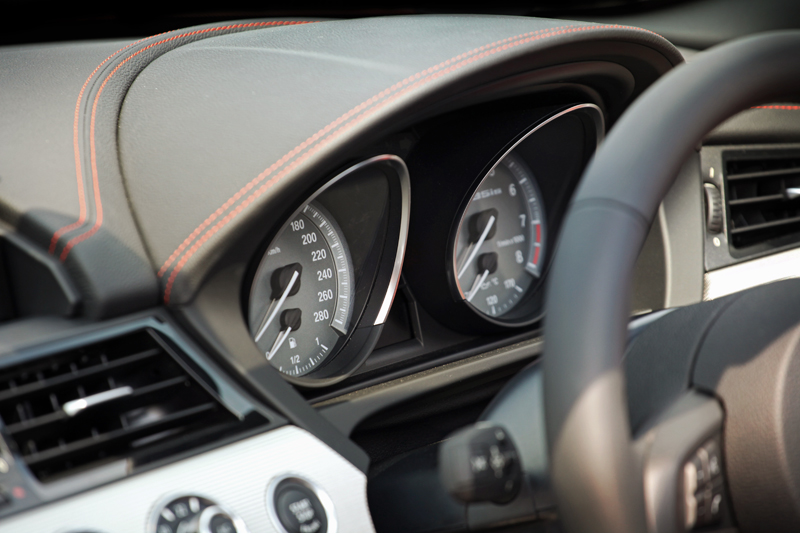 As you plonk yourself down in the driver’s seat, one would immediately notice the long bonnet that does present to the driver some blind spots as well as the seating position, as the seat is relatively low slung; a typical roadster trait. All these might take awhile getting used to, but driving the car is a cinch. 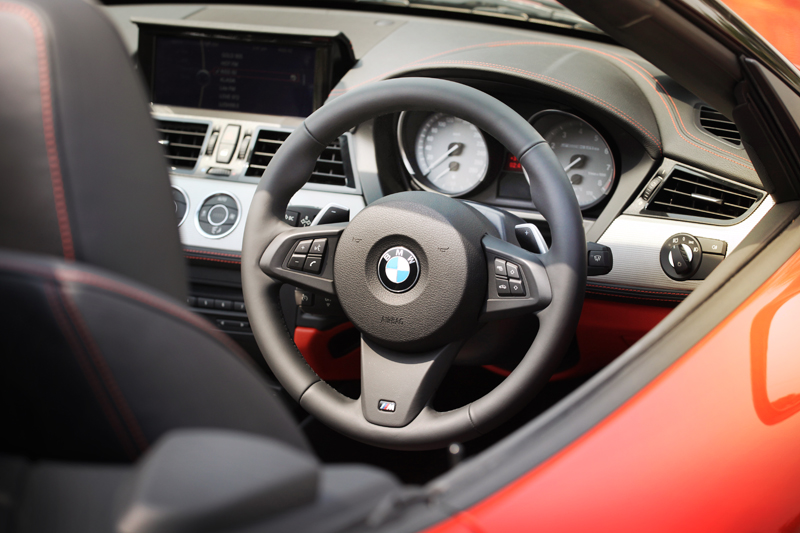 Beneath this long bonnet sits a turbocharged three litre inline-six engine that churns out 340 hp and 500 Nm worth of torque that is powered to the rear wheels courtesy of a seven-speed DCT transmission. This helps propel the car from standstill to 100 km/h in just 4.8 seconds, with the car topping out at 250 km/h. 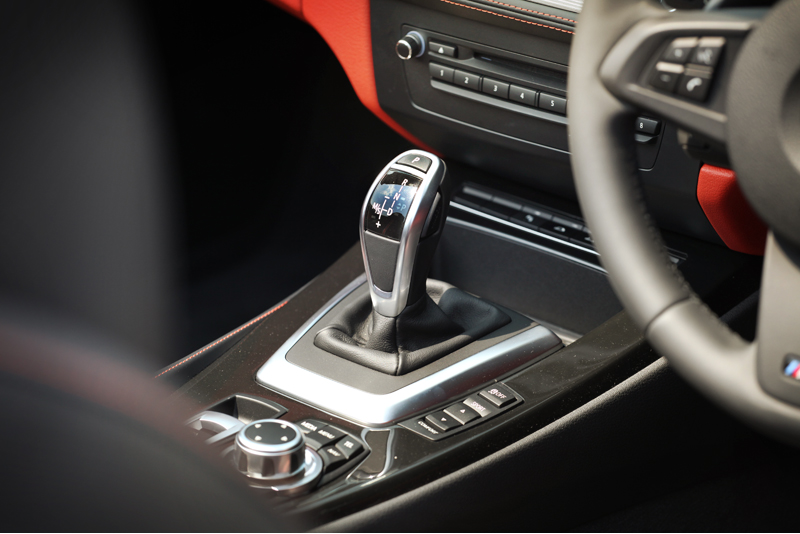 On the move the car performed relatively well round bends, with the chunky M inspired steering providing adequate feedback. In Sport Mode however, the car’s steering was noticeably heavier and it was also eager to please and responded wonderfully to the driver’s inputs, be it the accelerator or the brake pedal. What was disappointing though was the presence of scuttle shake when ploughing through some sections of badly paved roads, but that is a trait I can live with as an owner of a beautiful roadster. 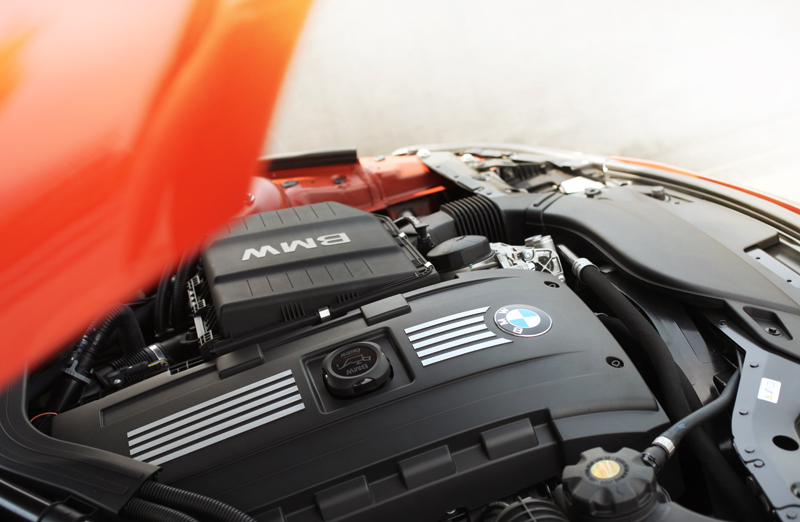 Albeit a mild update, the new Z4 drives like a dream. And with the chops to be the ultimate driving machine that induces silly grins on one’s face, driving the Z4 is indeed an expression of joy. 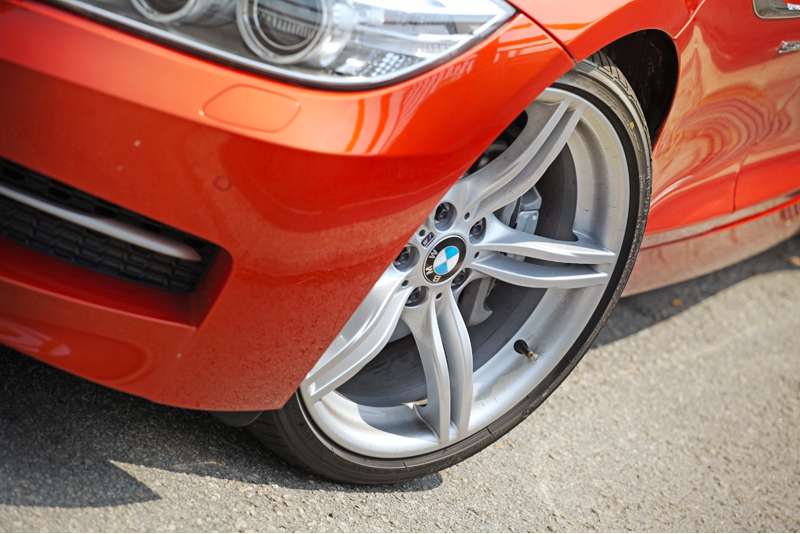 The only thing that could impede in this car gaining headway in market share however would be its drop top rivals, but if you are a true blue Beemer fan with the dough, what’s stopping you? 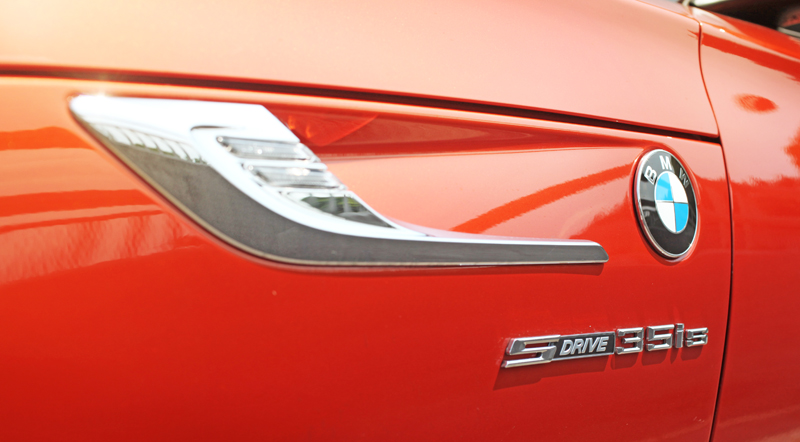 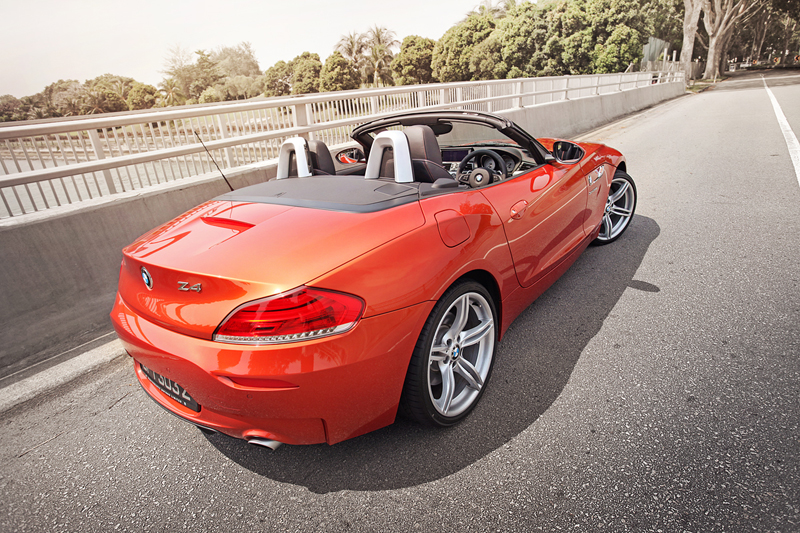