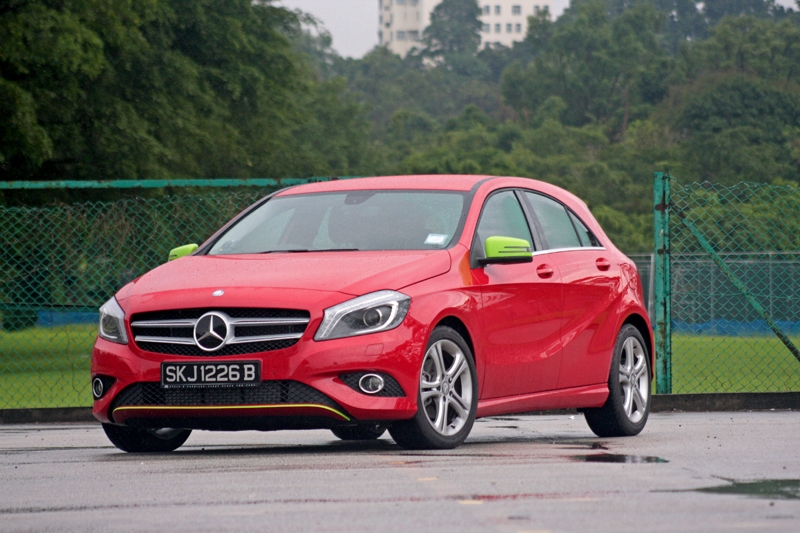 A diesel-powered Mercedes mini might not sound compelling enough for the masses, but in a twist, the A220 CDI does have it’s own set of surprises; dieselphobes, read this…

So you are right now in the market for a premium hatchback. Problem: there’s too many to list down as the potential. Let’s see: 1 Series, V40, A3, Golf Sport, the outgoing Mini Cooper. Hmm… What else is missed out?

Oh yes, Mercedes’s A-Class; now how could we ever forget about it? 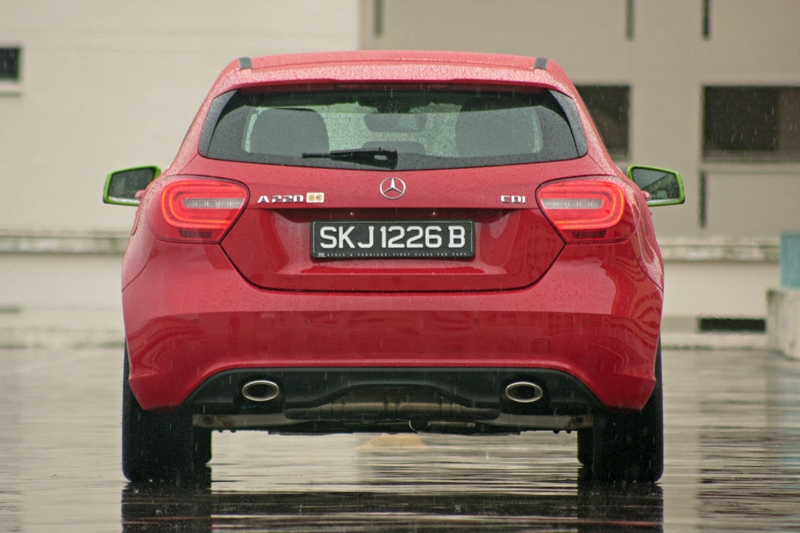 Of course, that happened simply because - with all due respect - all the predecessors were forgettable. Mercedes tried too hard at making the exterior attractive, that’s one. Drivetrain that doesn’t inspire, that’s another. Interior that looks too basic for the premium price tag, you can’t forget that. But hey, it’s a Mercedes-Benz anyway, so you know there’s still the reliability to rely on. 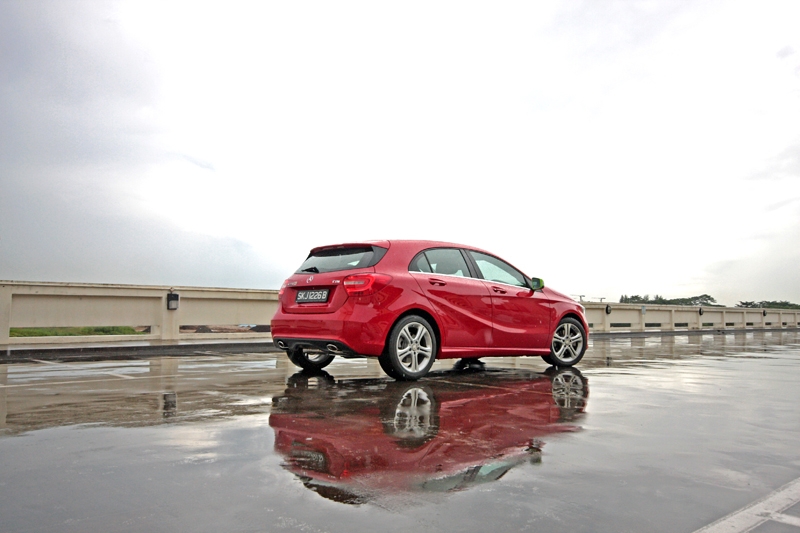 It’s a whole different story with this latest A-Class though. The exterior isn’t your typical Mercedes-Benz, interior is bravely thought out, build quality represents the star-badge appropriately and last but not least a rather diverse range (available in 1.6-litre and 2.0-litre turbocharged). 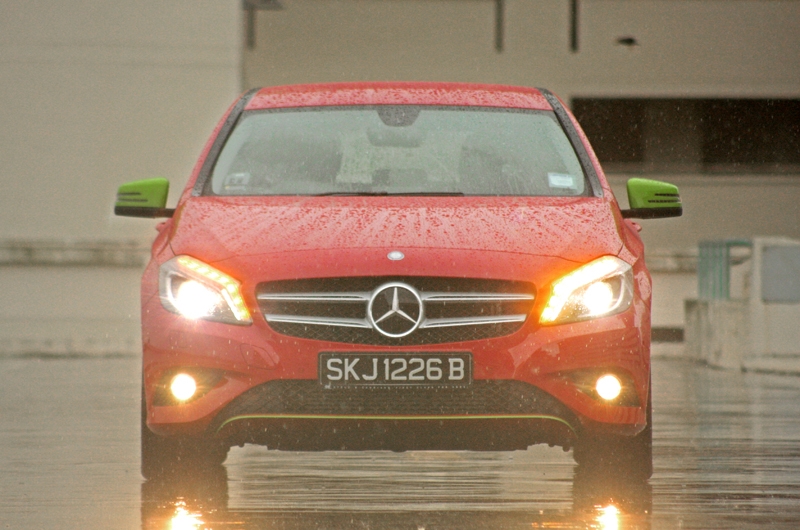 So much has been said about the A200 and A250. Then there’s the diesel A220 CDI that seems to have, well, been forgotten. To be honest, if you’re the sort who chalks mileage similar to, hmm, flying to the moon and back on a daily basis, this is one hatchback worth taking a closer look at. And if you are a dieselphobe (yes, you who still thinks diesel power should remain exclusive to the public transport sector), this will definitely open your eyes wide. 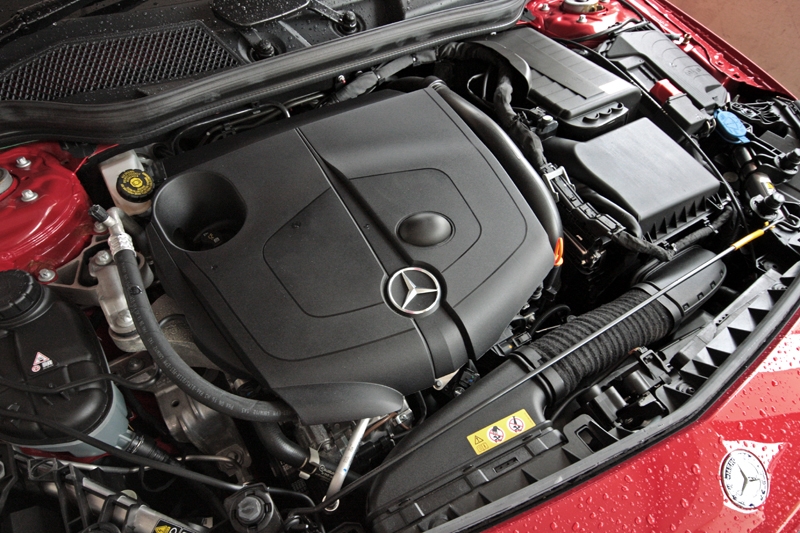 To cut to the chase, the A220 CDI is powered by a 4-cylinder in-line 2.1-litre turbo-diesel powerplant. It is mated to a 7-speed DCT ‘box, which, if you have been noticing, is becoming a staple across the Mercedes-Benz range. Maximum power output is nothing much to scare off a GTI: 168 bhp. But it’s the torque figure that has the potential to outrun and make even the most powerful hot-hatch (A45 AMG excluded) nervous; 350 Nm that kicks in from as low as 1,600 rpm. To put things into perspective, the Golf GTI whips out 350 Nm, the Megane RS 360 Nm, JCW 280 Nm and Focus ST 345 Nm. Interesting, eh? 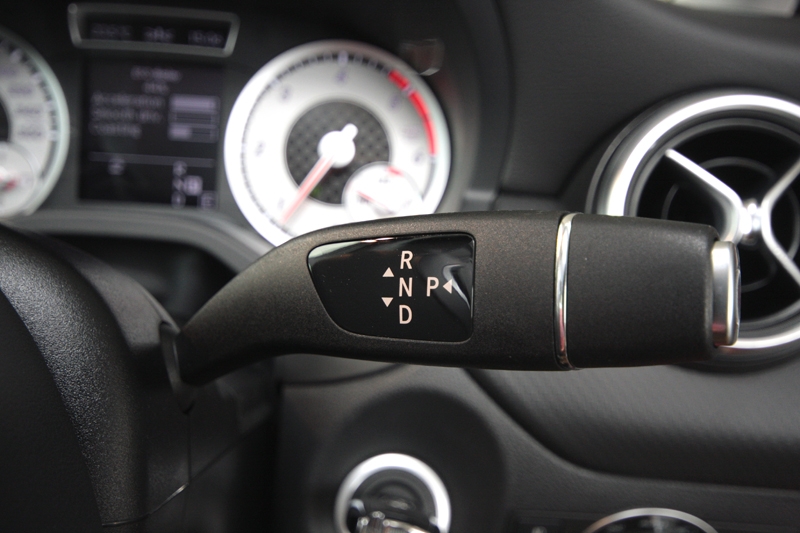 It goes properly fast, and this is one aspect of the car that is sure to surprise any dieselphobe. And on top of that, this A220 is properly refined; yes, you do hear the typical diesel clatter, but it’s faint and not all that audible (unless you’re standing outside the car, of course). Then let’s not forget how properly behaved the transmission is: upshifts are seamless, and it responds to every sudden dap of the accelerator pedal ensuring you always have the bloody right to stay on the fastest lane of the expressway. 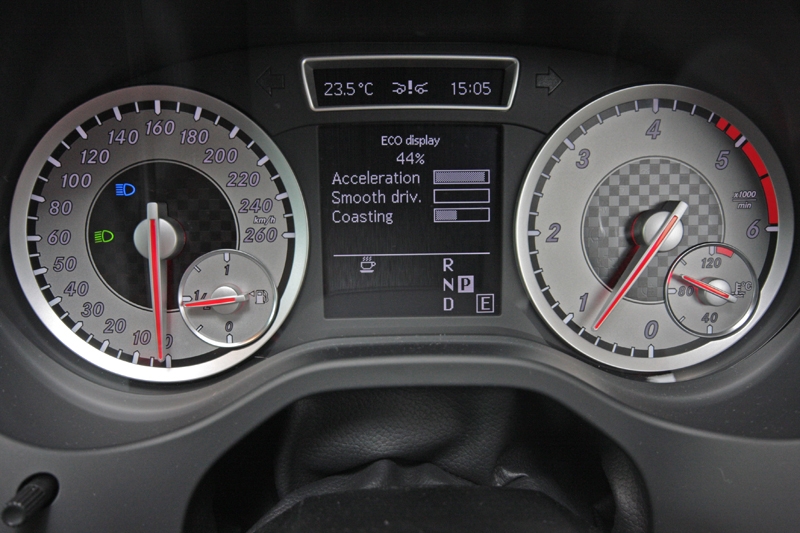 Despite the “hatchback” tag it’s dearly associated with, the A220 remains tight and alert. The entire chassis adheres to every steering input with body movement kept at a minimal despite the rather tall stance (at 1,433 mm tall, it is the tallest next to the 1 Series and A3). You can push it fast into a series of left-right-left-right-right bends, and like a hot-hatch, it sticks right on. Brakes are great too, working confidently every single time it is called upon. 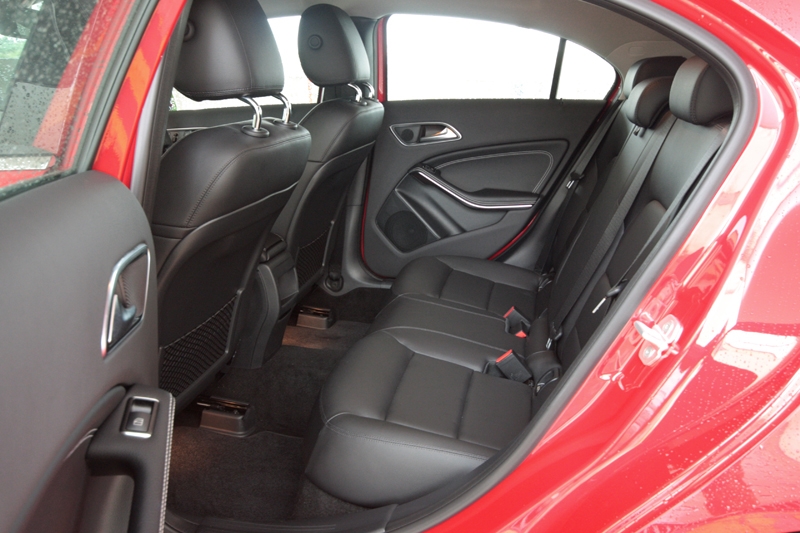 The downside to all these? Rear passengers will find the suspension a tad hard over uneven roads. Doesn’t help that the rear bench are already on the hard side... 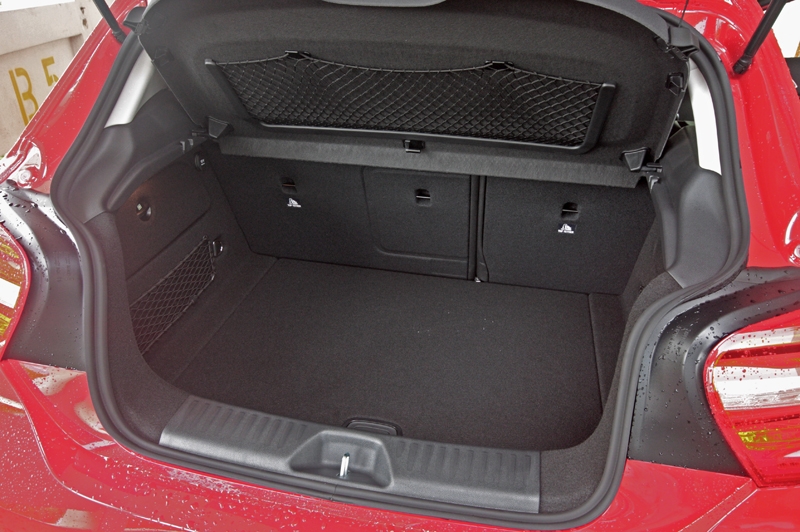 Speaking of which, the A220 is highly practical thanks largely to a decently sized boot, an easy to remove boot tray plus seats that fold flat. Just don’t be surprised the next time your friends only think of you when they need to make that trip to Ikea (“hey mate, you free this weekend? I gotta head down to Ikea again”)… 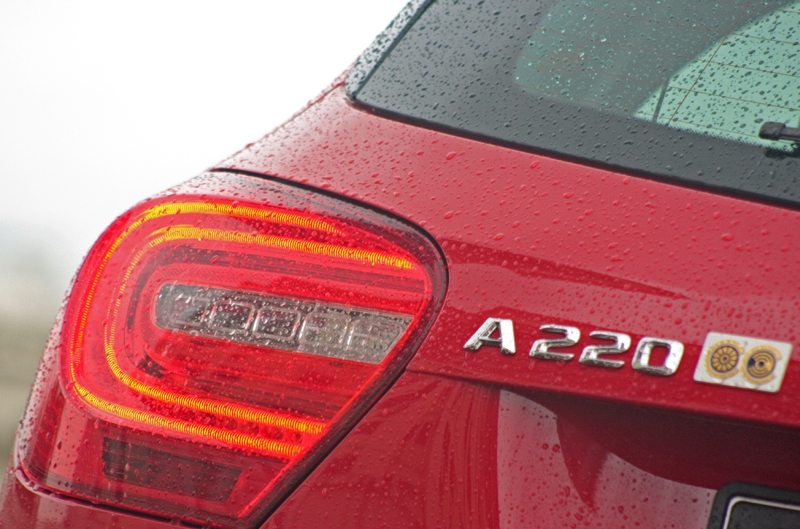 As a premium hatchback, the A220 has all of it’s ground covered. Respectable build quality, is practical, brilliant to drive, properly powered (excuse the repetitive use of the word ‘properly’), and best of all, returns excellent fuel economy. If there’s any room for improvement though, it’s the suspension set-up that errs on the harder side of things; a slightly softer set-up, like the Golf’s, would be better here. 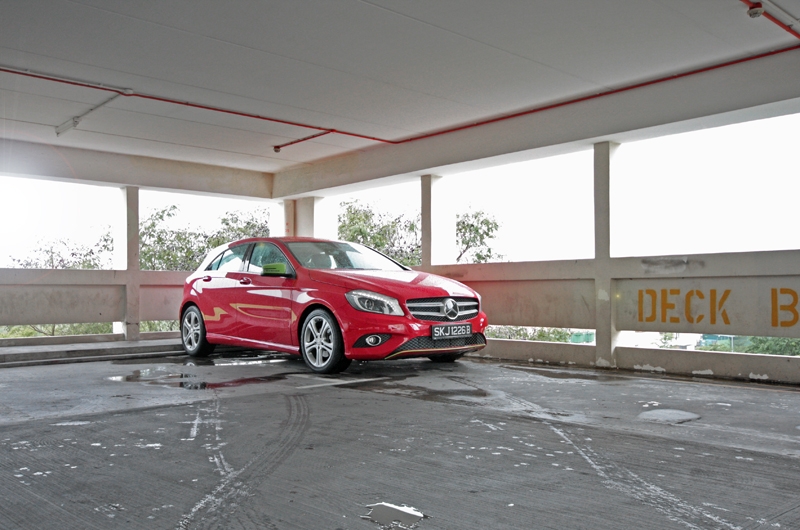 All that said, it still remains a worthy buy if you were to ask me… 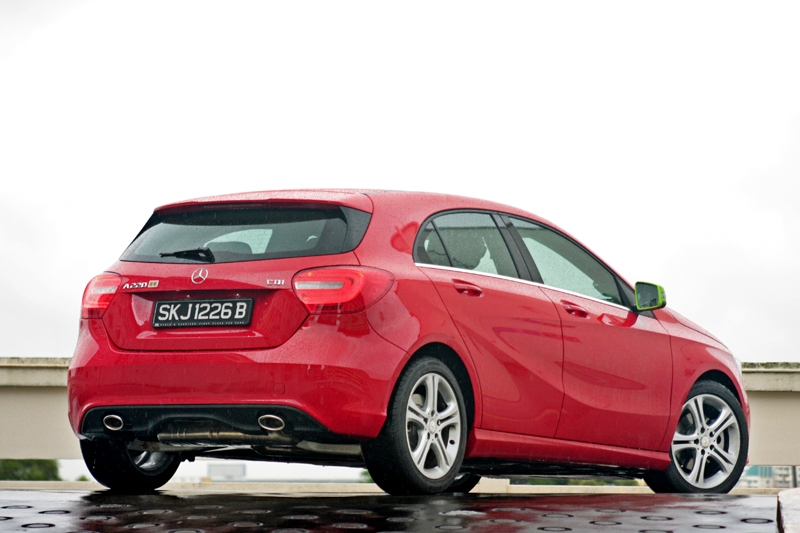 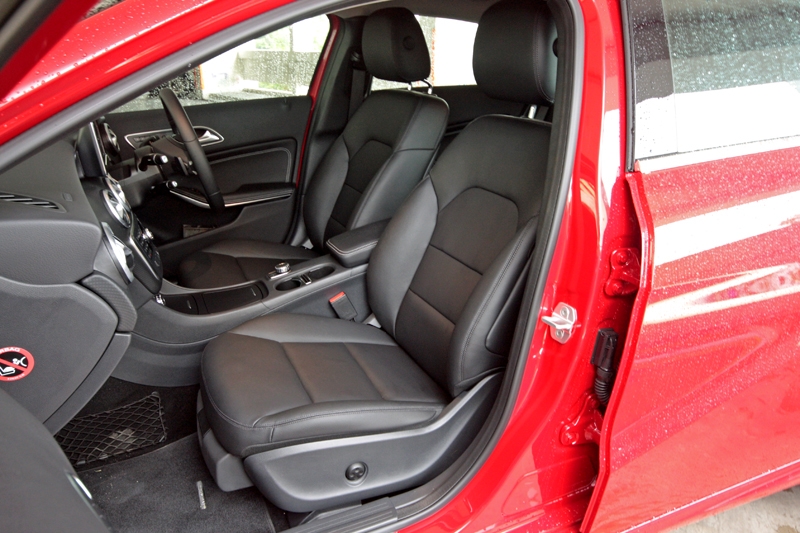 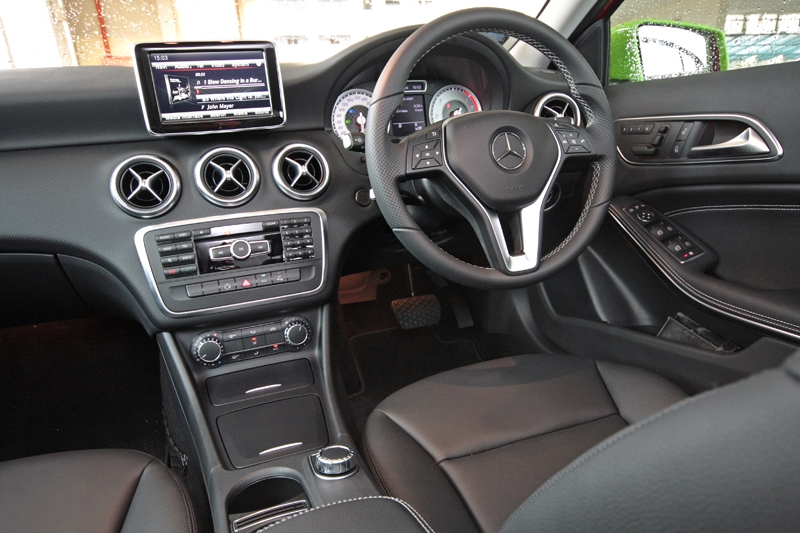 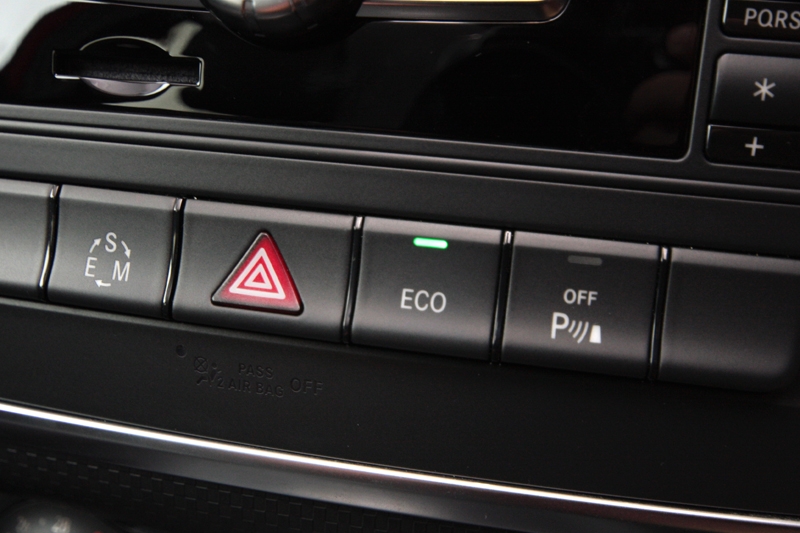