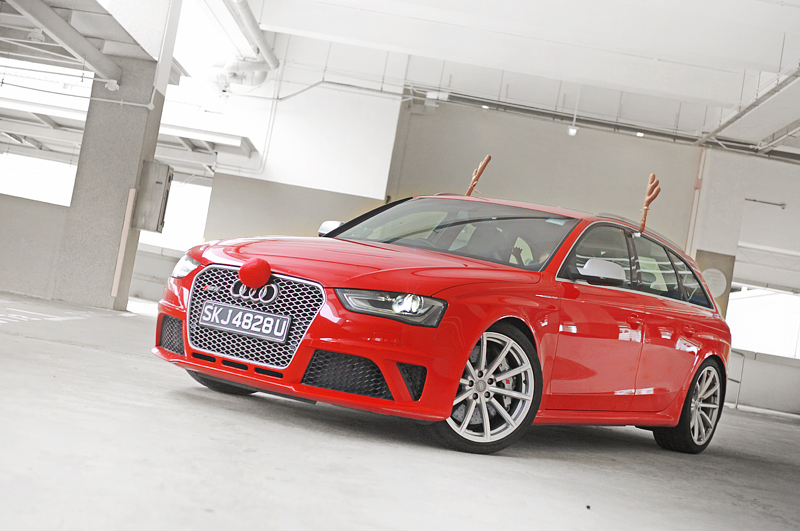 Audi's RS 4 Avant is one cracking wagon. An astonishingly fast car that is the epitome of 'vroom and room'. But how does it perform as Santa's helper? We put some antlers on and find out.

I trust that by now, you'd be aware of the RS 4's many talents. One of which is brute strength, coming from a pure naturally-aspirated 4.2 V8 that produces 450 bhp and 430 Nm of torque. An engine so potent it hurls the sizable wagon from 0-100 km/h in a mere 4.7 seconds, and onto a limited top speed of 250km/h. Another is agility, the razor-sharp RS 4 may not be a hatchback, but it sure behaves like one.

Then there is the space. The front bucket seats are rather huge and do eat into the rear legroom, but they still leave enough margin for three adults to be seated comfortably. As a wagon though, the boot space is substantial and it will swallow up a whole lot of things. 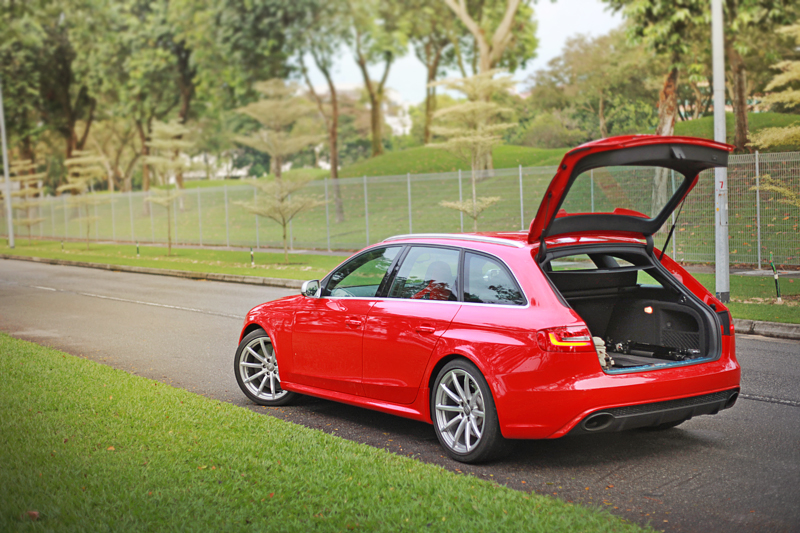 Which brings us to the focus of this story. The RS 4 is a car with pace and space. We've established before that it fulfills the 'pace' part, but how effective is it at the 'space' part? Well, there's no better time than Christmas to test this out. My family and I had planned to buy a live tree for a couple who had just given birth, and had no time to put up a tree this Christmas. We also had gifts to buy and hampers to collect over the coming days. So as we played Santa for the weekend, we realized we needed a Rudolf too! 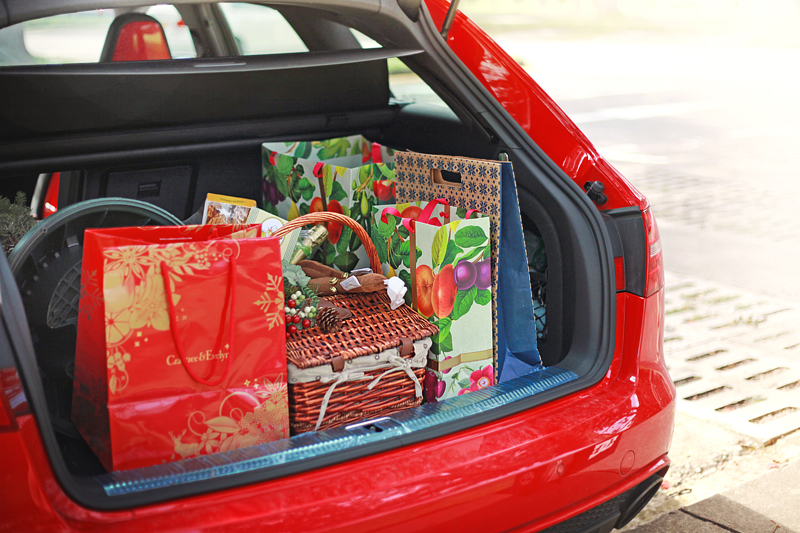 Calling upon the festively-coloured Audi RS 4 Avant, our weekend began with some quick shopping for a party that was happening on that same evening. The RS 4 was as usual, a joy to pilot around town. More importantly though, were the useful chrome-finished hooks in the boot of the car that allowed us to hang smaller paper bags, while the larger ones filled up the floor of the 490-litre trunk. This loading capacity is expandable to a copious 1,430 litres. 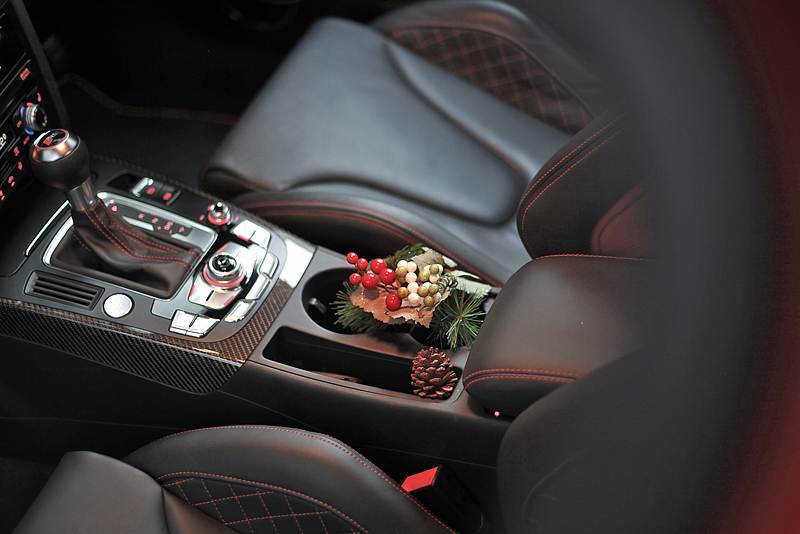 After the groceries were in the car, we proceeded to a mall to pick up some hampers we had purchased for some friends. Again, the boot was more than able to engulf the two hampers and more shopping bags. We did not require any of the load to be in the front seats either, in fact, we had all three boys in tow for the most part. 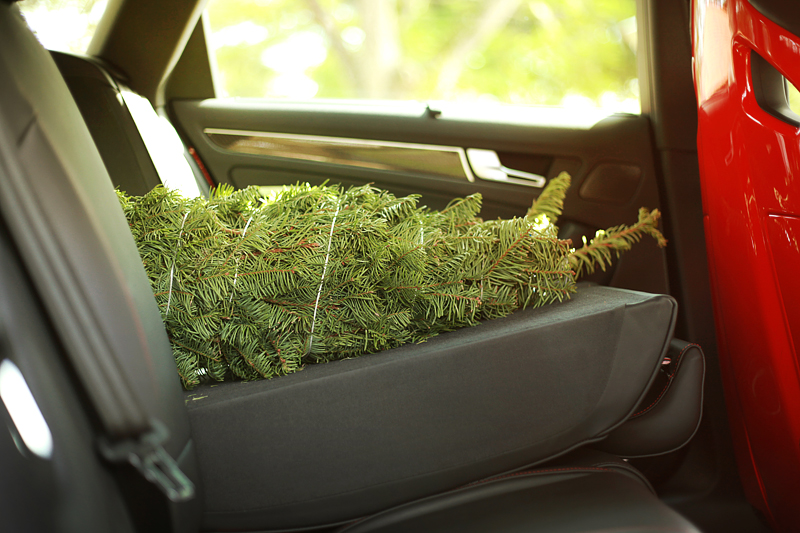 By the next day, the groceries had already been cleared for the party from the previous night, but half the trunk was still filled with shopping bags. Confident that it could still accommodate a Christmas tree, we made our second trip to the mall and bought a 6-foot live tree with a rather chunky base attached to it. Fitting a live tree is the best test of a car's loading capabilities, quite simply because it can't be disassembled! 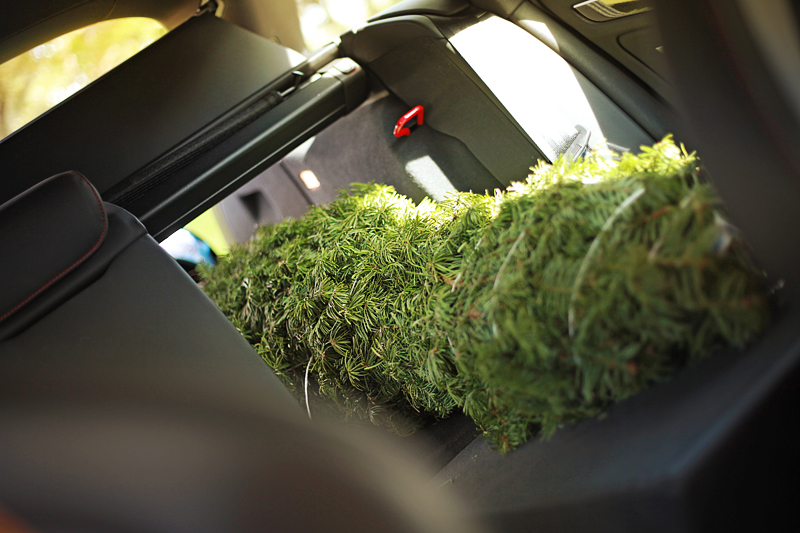 The RS 4 Avant didn't even break a sweat. A quick pull of a latch and the foldable rear passenger came down, and in the tree went in a matter of seconds. If you have slimmer items (eg. clothes pole), the centre console in the rear bench will fold down to allow them to slip through easily. 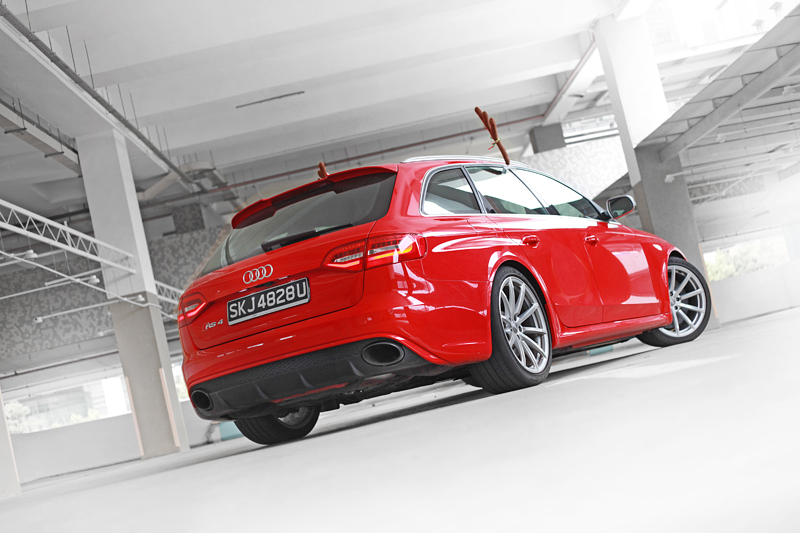 Now, a capable helper like that wouldn't be complete if it didn't look the part too. So while we were at the supermarket earlier, we picked up a 'reindeer kit' that quickly transformed our serious 4WD sports wagon into a cheery and affable 'sports sled'. Which then drew countless stares and smiles everywhere we went. 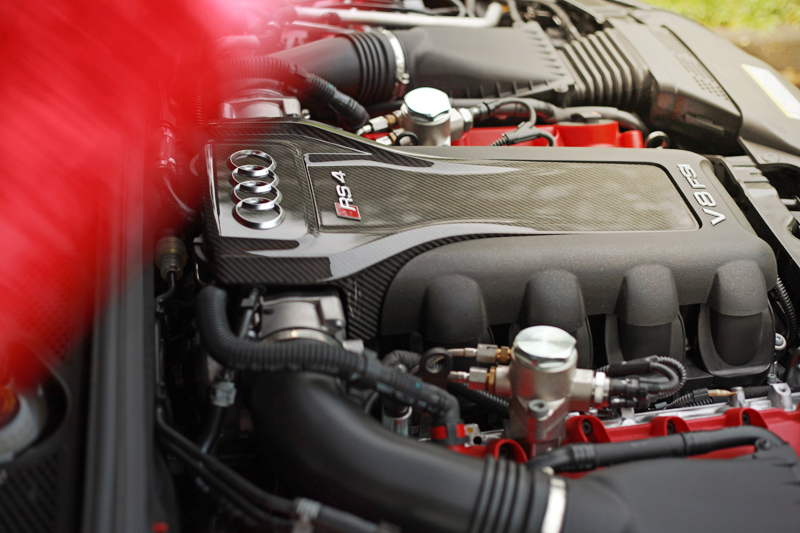 I would refrain from exploiting the RS 4's performance prowess when the trunk is fully loaded though, lest you end up with an unplanned Christmas gift exchange when you open up the boot. Once the load was emptied though, the RS 4 was free to resume it's nutty V8-barking antics. 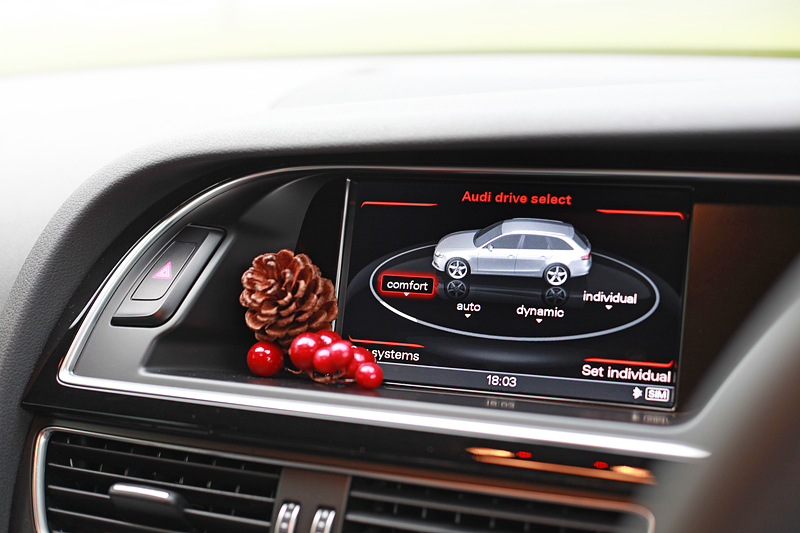 The RS 4 is not exactly a comfortable ride. Even in the Comfort setting of the Drive Mode, the car still rides stiff. But it's bearable, and if the wife didn't complain, I guess it can't be that bad. Select Dynamic mode though, and the car gets even stiffer. But it does comes alive. The exhaust note increases in volume, and downshifts are paired with rev-matching barks. The throttle response is sharper and the car turns into a sled on steroids. Stopping power is phenomenal too. The carbon ceramic stoppers specced on this car need some getting used to though, especially if you're used to getting an immediate bite from regular systems, the carbon ceramic brakes need a bit more pressure from your foot. But when they bite, they BITE! 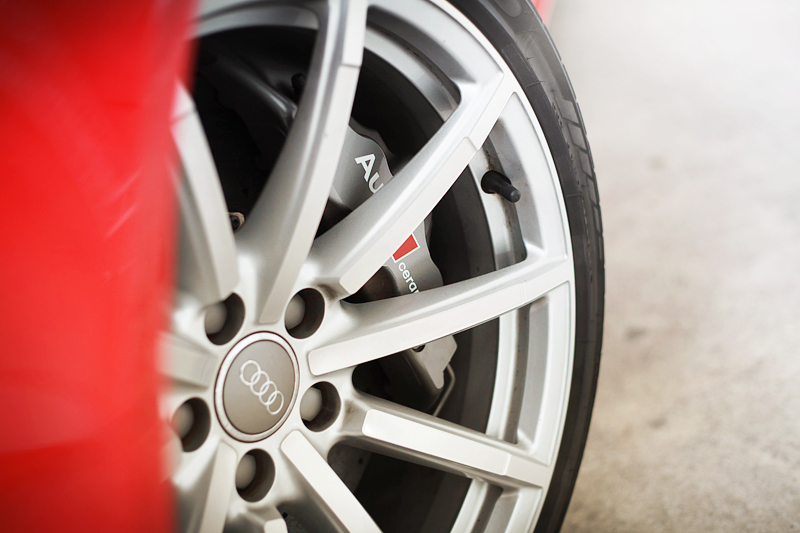 The smooth and quick-shifting 7-speed S-Tronic double-clutch transmission is a delight to use too. Attacking corner after corner, swapping between the cogs and putting the Quattro system to the test on wet roads, I came to realise that the RS 4 is truly one helluva package. It's the perfect companion when you need the practicality of space, and it's the ultimate weapon when you're in the mood for fun. This is one reindeer that can really fly. 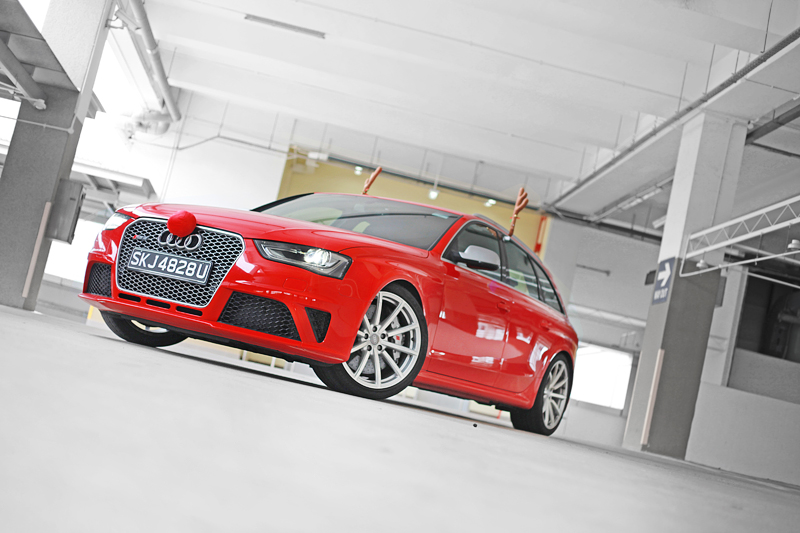