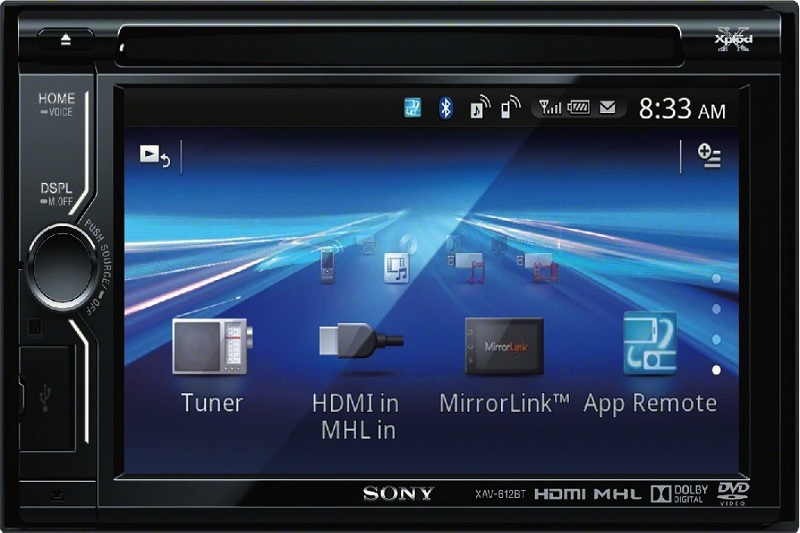 Sony has recently announced two new in-car AV centre head units, the XAV-612BT and XAV-712BT, providing drivers with access to music, navigation and smartphone apps while they’re on the road.

The in-car AV centre head units come with Double-DIN multimedia centre which can be easily connected toa number of MirrorLink compatible mobile devices, transforming the devices into automotive application platforms where content and apps can be conveniently accessed. MirrorLink technology allows the projection of smartphone’sscreen image to the AV centre head units, and selected mobile functions can directly be controlled on the XAV-612BT and XAV-712BT, which come in 6.1-inch and 7-inch coloured touchscreen, respectively. App Remote Version 2.0, available for Android smartphone users, effortlessly unifies the device to the head units to provide convenience to drivers. Other than having easy access to apps and content, users can also utilise the voice control function that lets drivers voice out commands while they’re on the road. All they have to do is to touch the ‘VOICE’ key on the head unit and issue commands that will enable functions such launching the phone’s navigation app, responding to SMS, as well as launching the music app so they can listen to their favourite tunes in the car.  Furthermore, users can simply use their smartphone touchscreen to adjust functions such as music fader/balance, listening position, EQ and other sound setting.

The XAV-612BT and XAV-712BT are also capable of reading out incoming text messages, tweets and calendar reminders while the user is driving. This empowers the driver to stay in touch with friends and stay up to speed with his/her schedule for the day, while at the same time ensuring a smooth and safe journey to complete his/her tasks. Furthermore, the head units also feature MHL/HDMI (Mobile High-Definition Link/ High-Definition Multimedia Interface) technology, meaning that audio and video content on the compatible smartphone can be enjoyed through the head unit display. MHL technology puts compatible smartphone users in touch with their favourite apps by simply connecting the cable to the device, while HDMI technology enables smartphone users to easily access their compatible smartphone. 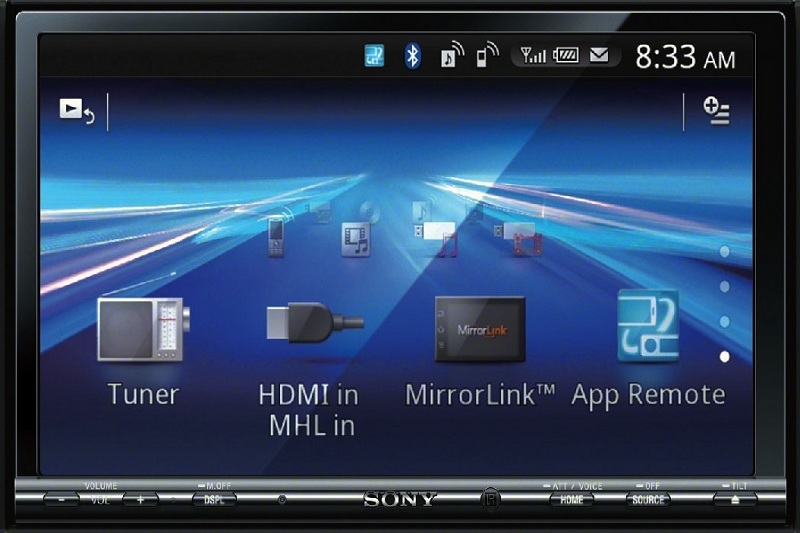 In terms of music and video playback quality, the XAV-612BT and XAV-712BT are made to impress with their 4.1 multi-channel surround sound and virtual centre speaker. Added with Advanced Sound Engine, each music tone is fine-tuned using a wide array of sonic refinements to suit the mood in the car. Additionally, Dynamic Reality Amp possesses a powerful 4 x 52W output that enhances the music pleasure with loud, clear sound; while Digital Clarity Tuner ensures that the radio reception is always clear even when the car passes areas with weak FM signal coverage. The new XAV-612BT and XAV-712BT in-car AV centre head units from Sony will be available from December 2013.