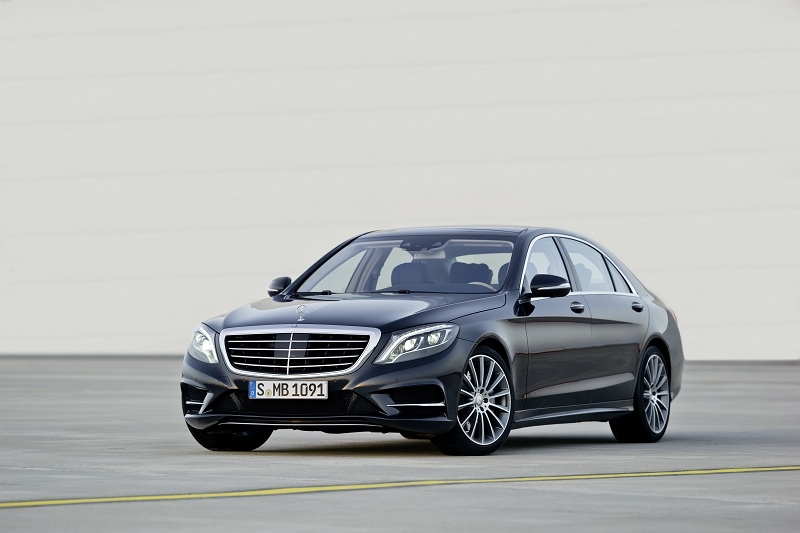 With the three engineering priorities Intelligent Drive, Efficient Technology and Essence of Luxury, the new S-Class extends the boundaries of technology on many levels.

As with every generation before for any product worth its salt, customers expect the new S-Class to set standards across the board to retain its accolade as "the best automobile in the world", and the new S-Class has proven once more it is the best new car in the premium and luxury segment by winning the coveted “Golden Steering Wheel 2013” in Europe.

In fact, the car has been widely received, with quite a number of orders already placed for Mercedes-Benz's latest version of its flagship luxury limousine. Three variants will be made available namely the S400 HYBRID, S500 and S350 BlueTEC. All models boast class-leading efficiency and up to 20 percent lower fuel consumption than the outgoing model series, with the engines meeting the requirements of the Euro 6 emissions standard. In addition to this, the S400 HYBRID and S350 BlueTEC meet the strict criteria of efficiency class A. 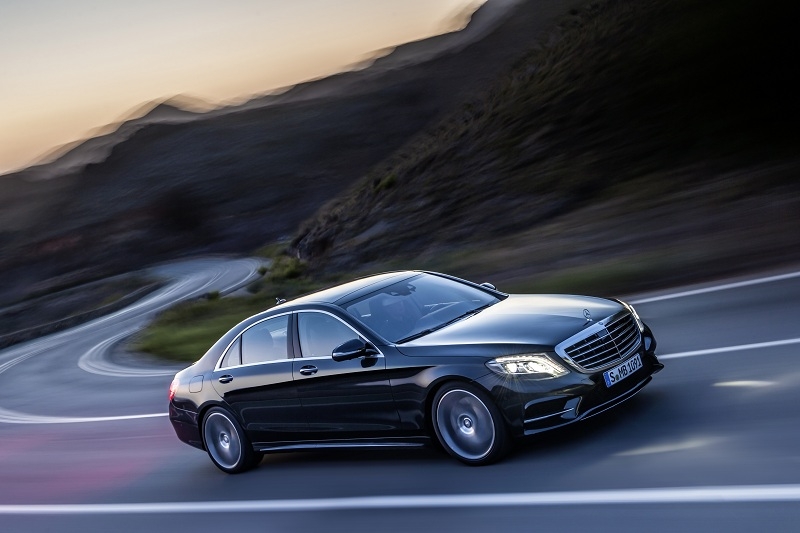 To underline the effortless superiority of the new S-Class, and its ambition to lead, the radiator grille is now larger, upright and distinctly three-dimensional in design. With its long bonnet, the flowing, domed roof line and the gently slanting rear end, the new S-Class has classic saloon proportions. The size and space have been fashioned in such a way that the S-Class appears prestigious; and the powerful roof line is also in keeping with the car's sporty coupÃ©-style intentions. 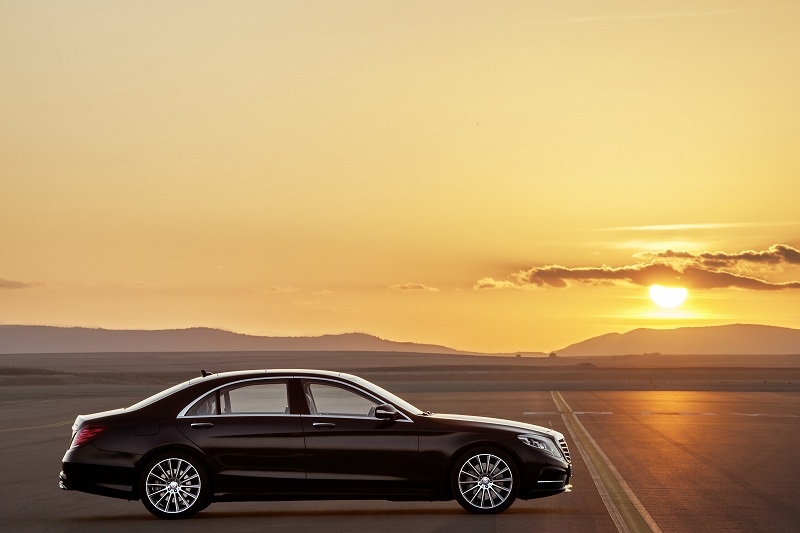 A character line descending discreetly from front to rear — the brand's hallmark 'Dropping Line' — elegantly structures the side wall and generates additional dynamism even when the car is at a standstill. The subtly created convex-concave effect of the entire flank gives rise to an extremely powerful and elongated car body that demonstrates both excitement and calm. The pronounced shoulder above the rear wheel adds further emphasis to the car's athletic character. 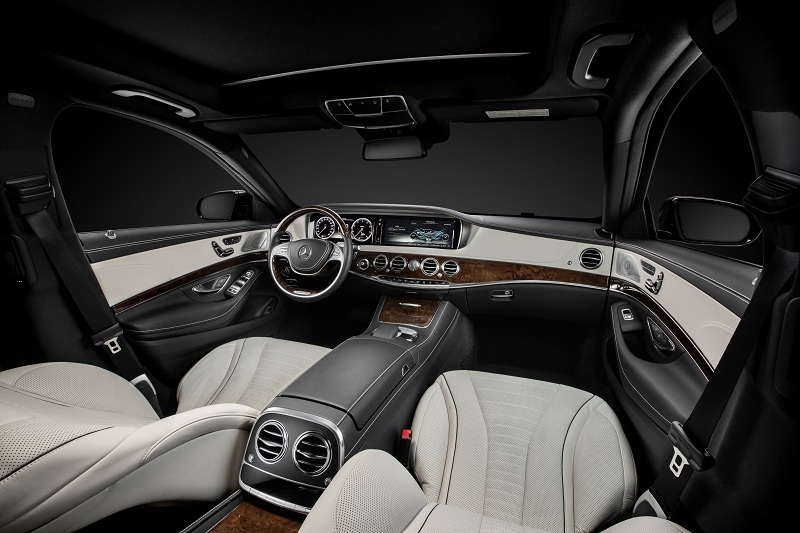