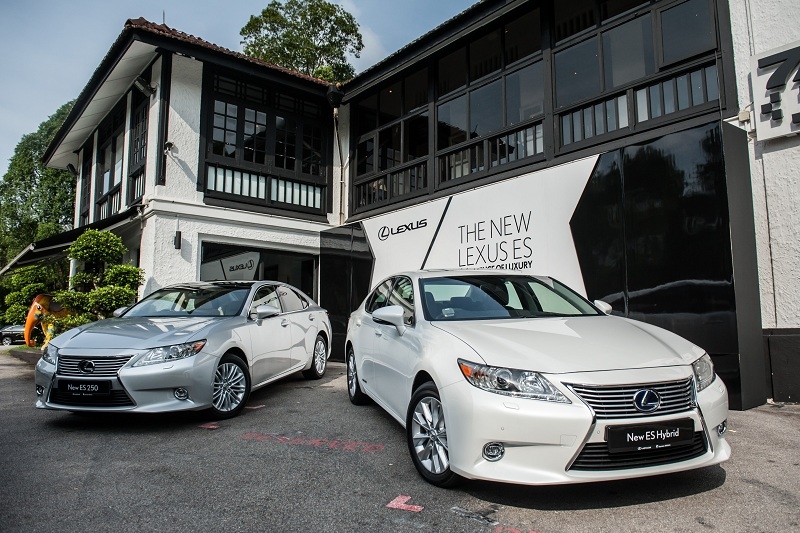 The Lexus ES Makes Its Return To Singapore

The world’s best-selling Lexus model with more than 1.4 million units sold globally, the Lexus ES was one of the first two original models (alongside the flagship Lexus LS) introduced during the brand’s inauguration in 1989. Designed with a focus on refinement, luxurious space and ride comfort, the new sixth generation Lexus ES is set to raise the benchmark in the mid-luxury segment.

The new Lexus ES has been re-introduced in Singapore after a seven-year hiatus and has been designed to exude the Essence of Luxury with its class-leading spacious comfort and world-class refinement. For the first time ever, the new ES will include a hybrid model, alongside the ES 250 petrol model. Boasting a quieter, smoother yet more powerful ride, the new ES Hybrid elevates the new Lexus ES as a class-apart, while strengthening Lexus’ leadership in hybrid offerings.
The new Lexus ES will be available in two models — ES 250 and ES Hybrid. The ES 250 is powered by a 2.5-litre gasoline engine delivering 184bhp and the ES Hybrid is powered by a 2.5-litre Atkinson cycle engine delivering 205bhp.