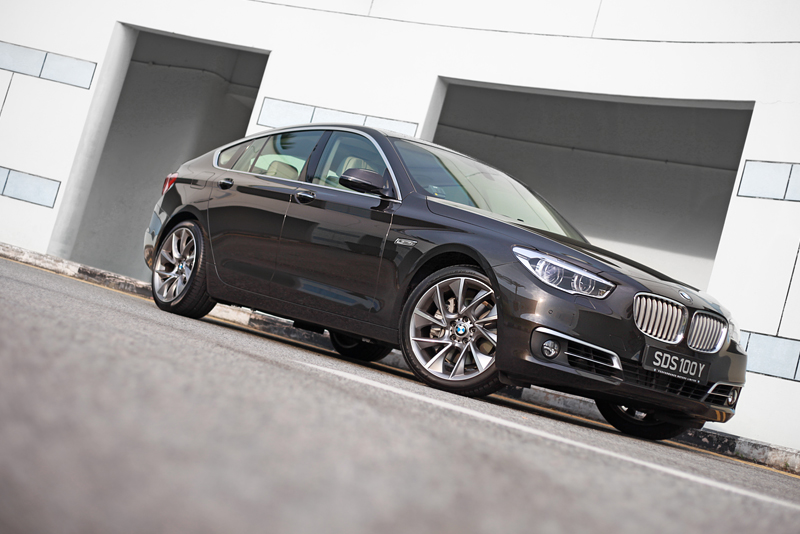 Ever been in a situation where you found someone more attractive only after getting to know her/him better? Well, that was certainly the case with my encounter with the 5 Series GT, or 5GT for short.

The 5GT was made for those who needed more space than a regular 5 Series, but thought the Touring - like most wagons - looked like a hearse. At least I think so. Because I really can't find any other reason anyone would get one over the Touring - which to me is the most desirable estate other than the Audi Avant range.

Having driven it the past week though, I've begun to see the appeal in the BMW Gran Turismo. The one we've got here is the 535i, freshly face-lifted and powered by that lovely 3.0-litre in-line six-cylinder engine that we so love. 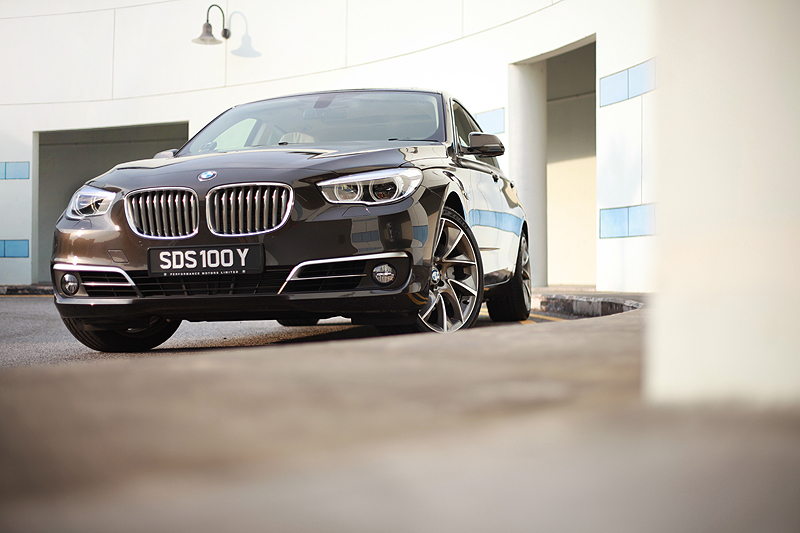 Up close, the 5GT actually looks huge, both in length and height. My wife's first impression was that seemed to be in a similar class as the 7 Series. At almost 5 meters long, the measurements are not far off. Subtle changes to the front face and rear sharpen the look a bit. A set of large and sexy 20-inch wheels also add to the new modernized look. Smoothened and curvier lines help make the car look less chunky, and refreshed adaptive LED headlights are now standard on both the 528i and 535i. 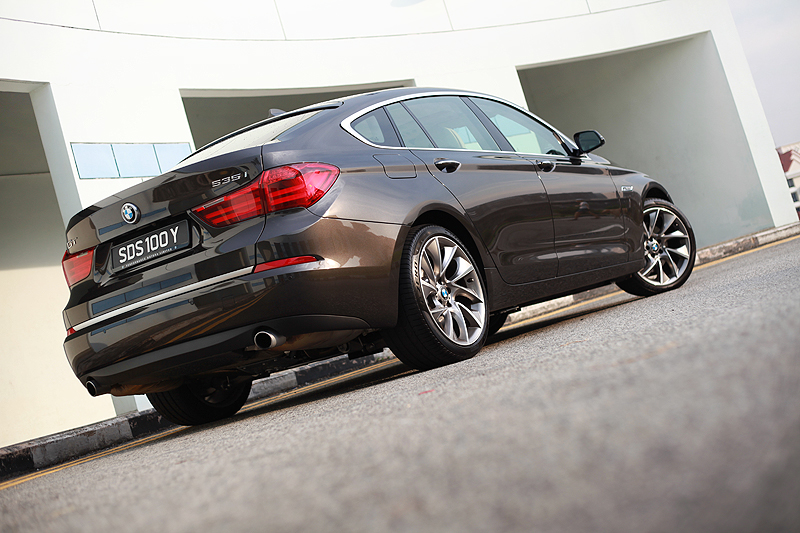 Also standard on both models are the panoramic roof (which the kids always love!), automated tailgate, soft-close doors, roller blinds and rearview camera. The 535i though, has the Surround View which shows you camera views from the side as well - it's novel, but I don't see a need for it. 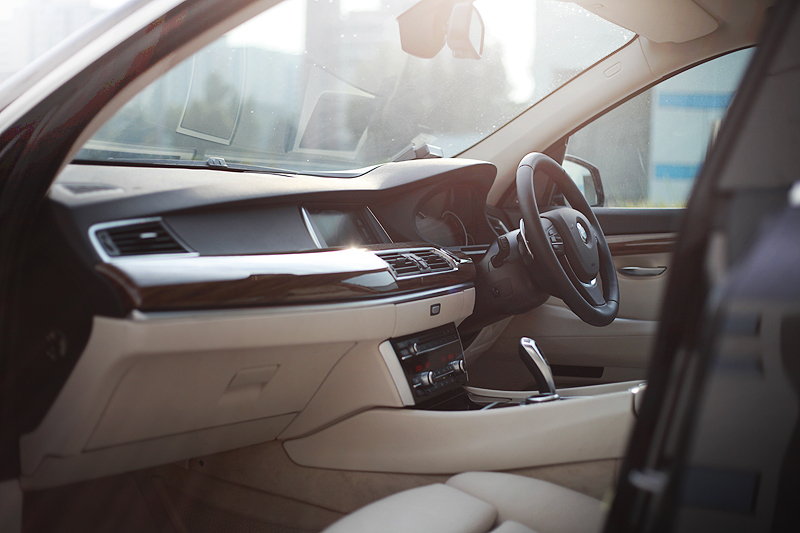 Premium cars of this class never fail to make you feel special when you're seated in them. BMW's warm ambient lighting though, takes it a notch higher and makes you feel like you're in a hotel room. With the awesome Harmon Kardon surround sound system, you can tune in to a nice jazzy radio station and the whole atmosphere is complete. I'm not a fan of the wood panels though, but this is the Luxury/Modern spec - which is a nicer way of saying 'ah-pek' - so while it's not my cup of tea, I can imagine the mature folk will like it. 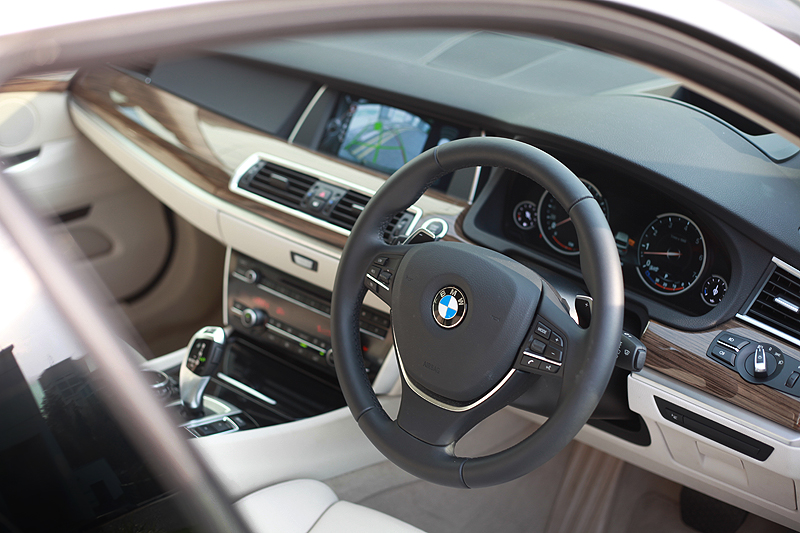 It's also really roomy inside. The light-colored leather used all around help to make it a bright and cheery place to be in, as does the panoramic roof, which allows plenty of light in. Another cool feature is the new iDrive controller that has a touchpad surface, making it a cinch when you need to input your destination - especially if you're left-handed. The instrument panel now boasts the sophisticated graphic-styled one that's on the new 7 Series. The new display changes its look when you toggle between the different drive modes. In Sport, for example, it presents itself with a numeric speedometer and it even has a power output gauge. Clever stuff. 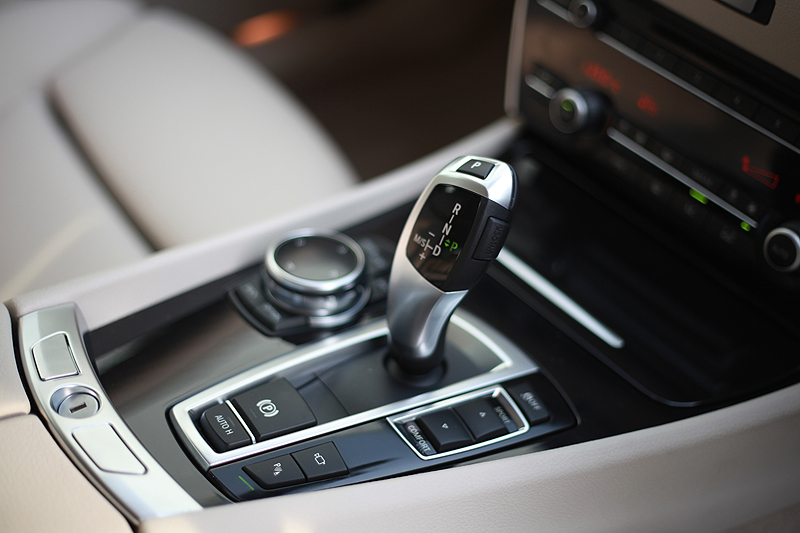 Already the 5GT is growing on me, and I haven't even got to the driving bit. Well, unfortunately, it's not as sharp as a regular 5 Series sedan. But it is comfortable, the 8-speed gearbox is as quick as ever and shifts smoothly to make the overall drive a creamy smooth one. It's powerful though, with 306 bhp and 400 Nm of torque, it will go rather quickly. But the size and added weight is felt when you push it into the corners. Where the sedan would turn in sharply and display controlled body roll, the 5GT is softer and floats about quite a bit more. Even in Sport mode, the suspension seems to struggle to cope with the increased height and weight of the GT. Top speed is 250 km/h and 0 to 100 km/h is achieved in a mere 6.1 seconds. 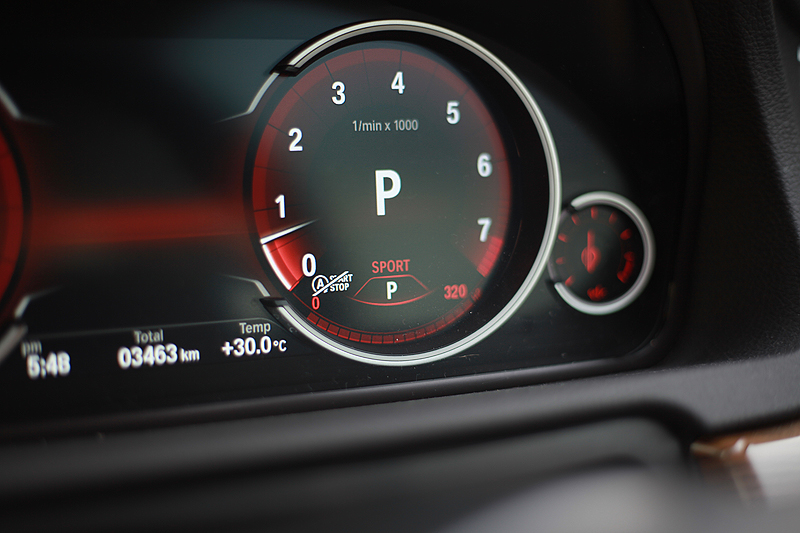 But most GT owners didn't buy it for the power of the way it drives remember? The GT still sports the dual boot opening feature, and now with more space -up 60 litres - it will swallow up even more stuff. We managed to squeezed 6 large bags of clothes and books as we loaded up the GT to the Salvation Army over the weekend. All that, and my camera equipment too! 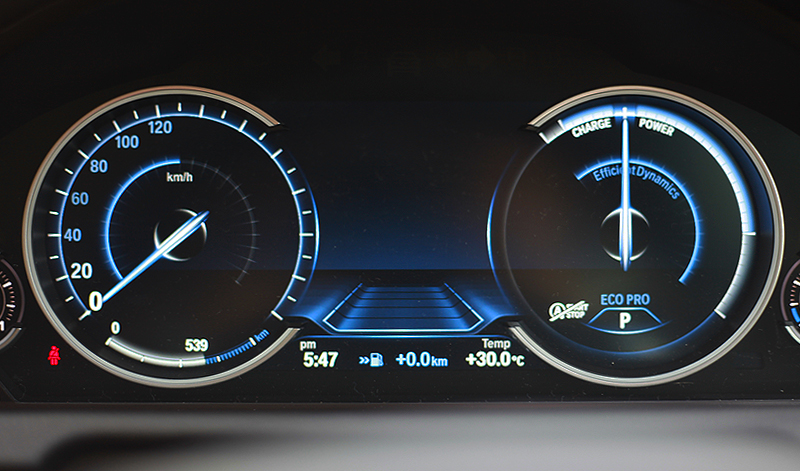 By now, I've gotten to know the 5GT a lot better. I've even grown rather fond of it. All the more so when I realize that it was made with a specific purpose. With the 5GT, it's not about speed or style, although it's got a bit of both. It's about being distinctive. Maybe like most people you think it's not particularly good-looking, but don't knock it till you've tried it. Maybe like me, you'll find that it's car worth getting to know. 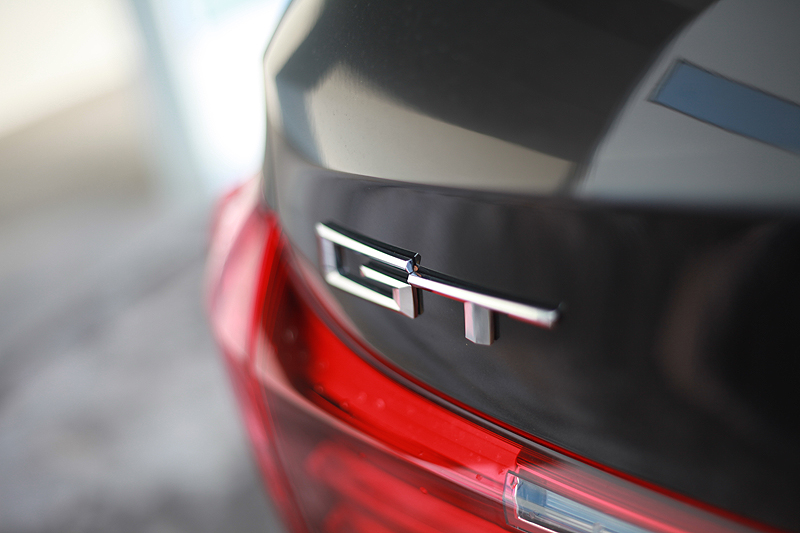 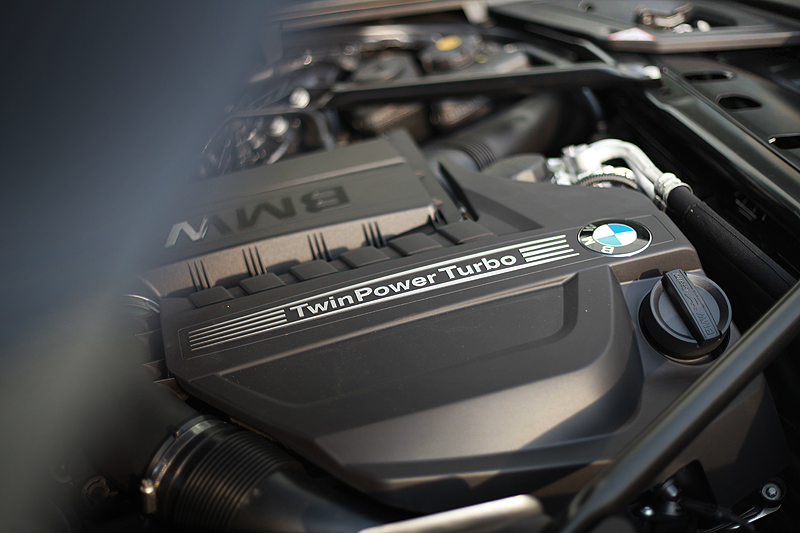 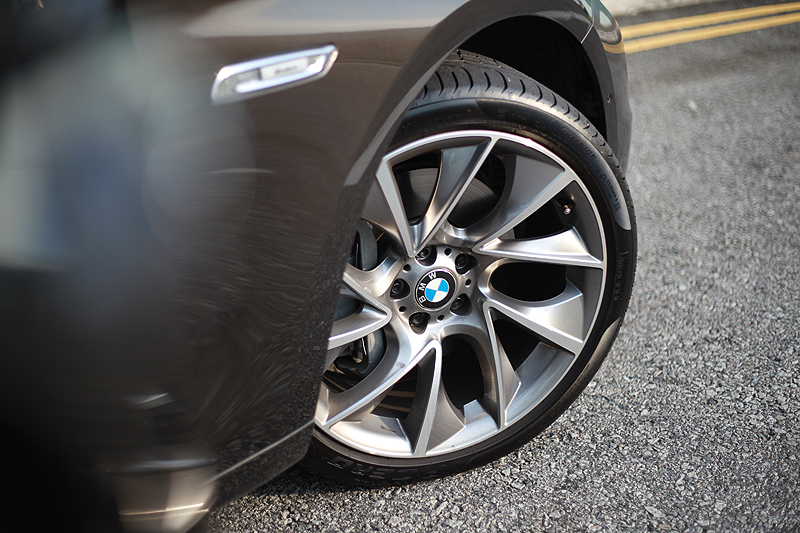 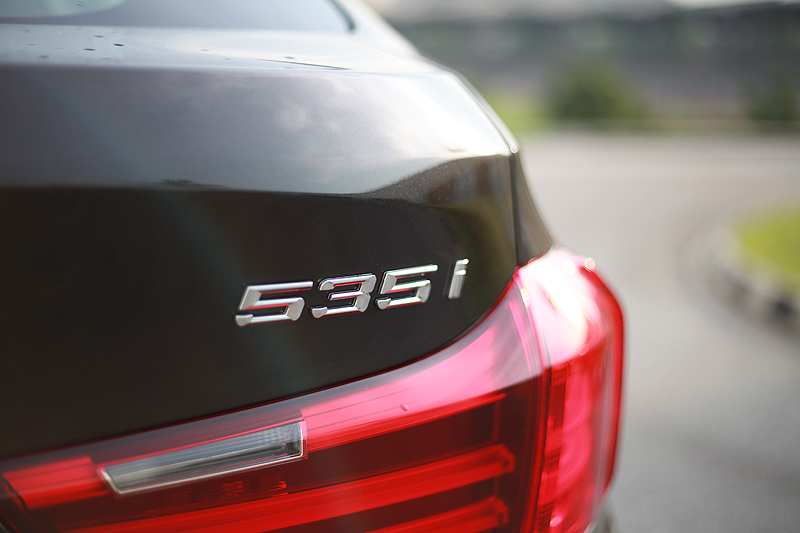 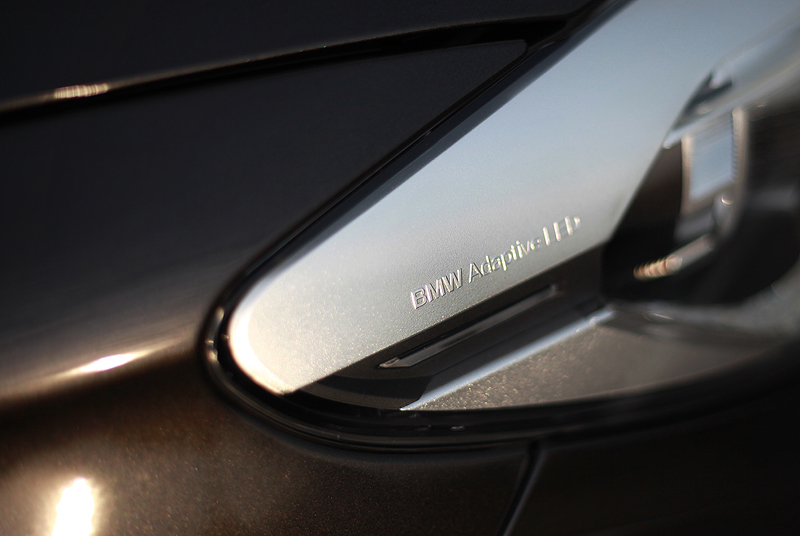 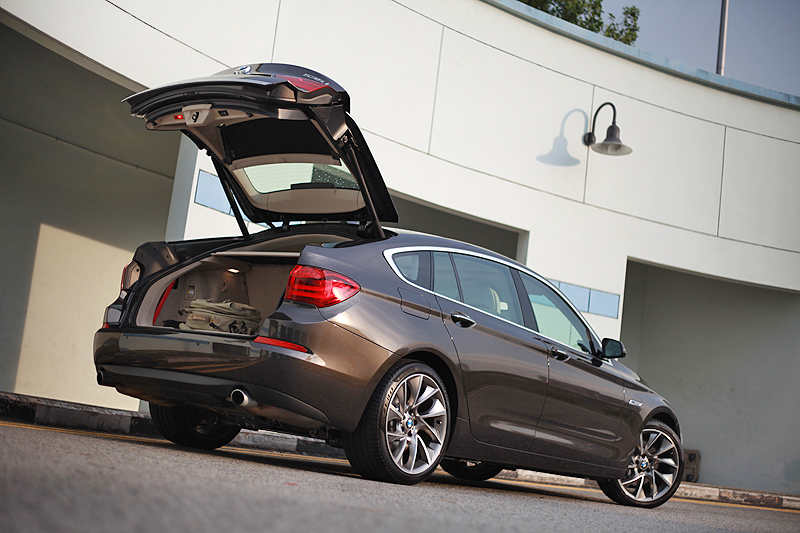