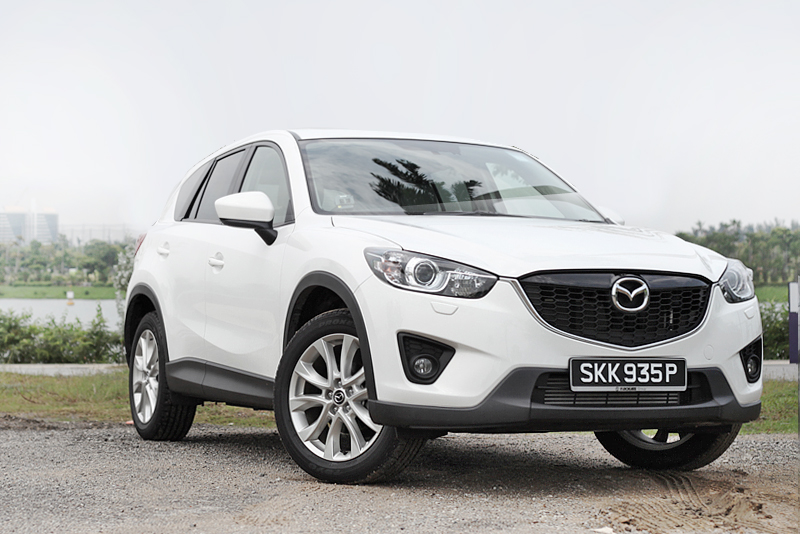 It's got the tech, the torque and the frugality. But can Mazda's diesel-powered SUV make a mark on Singapore's tough automotive landscape?

Like the Toyota RAV4, the Mazda CX-5 seems to be struggling in sales compared to their German competitor, the Volkswagen Tiguan. But that's by no means any reason to knock it either of them. In fact, both Japanese models have upped their game and are very compelling choices. 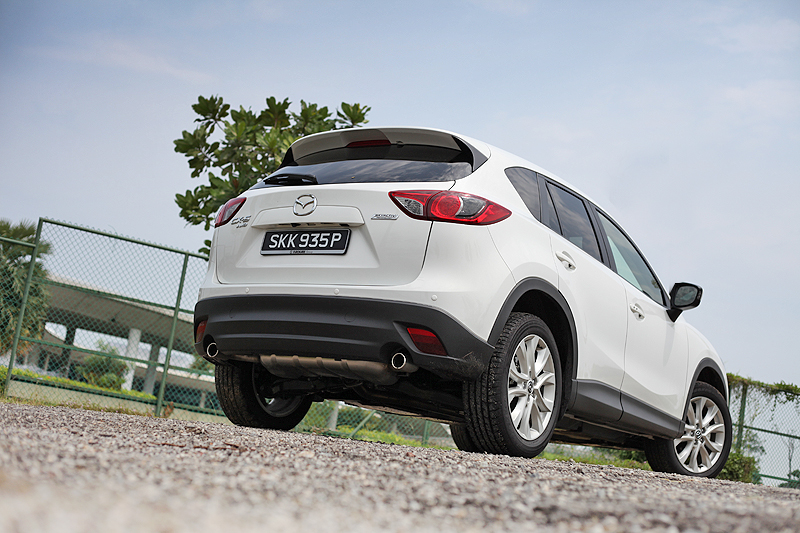 What we have here today is the diesel-powered CX-5. Running a 4-cylinder in-line 16-valve DOHC SkyActiv-D unit, the SUV boasts a potent 173 bhp, and a whopping 420 Nm of torque from as low as 2,000 rpm. On that note, I'd like to talk about the drive first. As expected, it has oodles of torque. Even in sixth, it will pull brutally when you plant your foot down. But like all diesel engines, it runs out of puff near the 5,000 rpm mark. Which is fine, because you'd be well into license-revoking speeds by then. 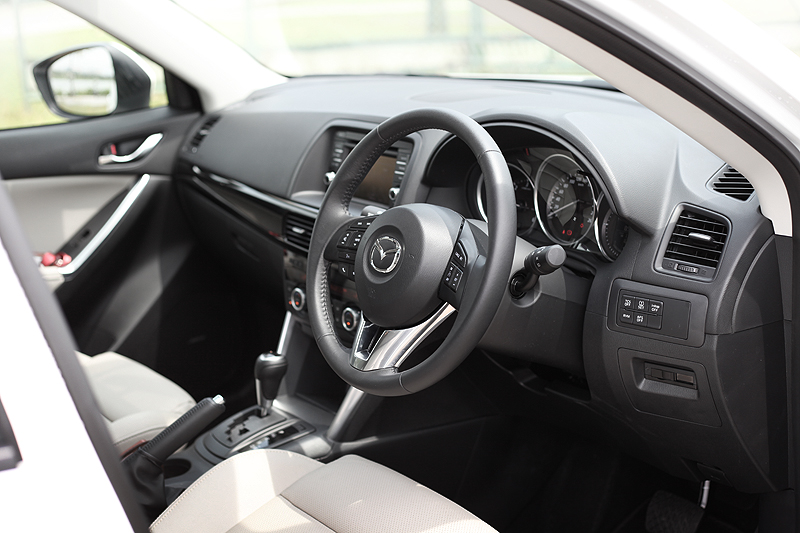 Launch the CX-5 from standstill and you'll see 100 km/h in about 9 seconds. Keep the pedal floored and the SUV will exceed 200 km/h, given a long enough road. Being a diesel, you can drive it like a hooligan and the fuel gauge won't budge a millimeter - screw the environment for a bit - that's the true joy of piloting a diesel car. 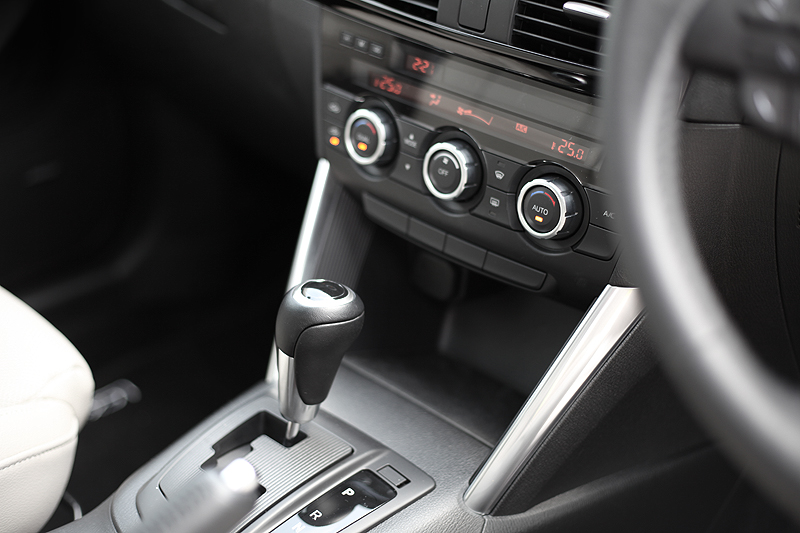 Mazda’s SkyActiv philosophy to use lighter materials sure made its way into the CX-5. Despite being a chunky SUV, it feels light of its feet and nimble to handle. Almost hatchback-like. Steering is acceptably direct, if a little vague at the initial turn-in. But overall driving characteristics of the CX-5 is above par, and you can derive some fun from driving it. 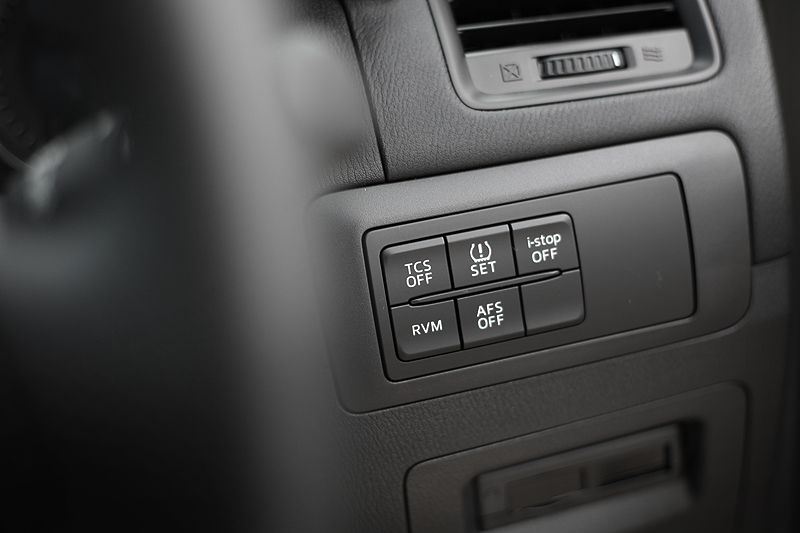 While we're in the driver's seat, let's talk about the interior. It's definitely a nice place to be in. The quality is almost teutonic. Well-made and sleek in design, there are hints of a BMW X3 and a Volvo XC60 in here. Materials are soft to the touch and the finishing is superb. But the doors still close like a Japanese car, which by the way, is how the layperson would test for the 'solidity' of a car. It's primitive I know, but it works! I like the touchscreen multimedia unit too, it's not revolutionary, but it's simple to use and is linked to a nine-speaker BOSE audio system, which makes for a great sound experience. 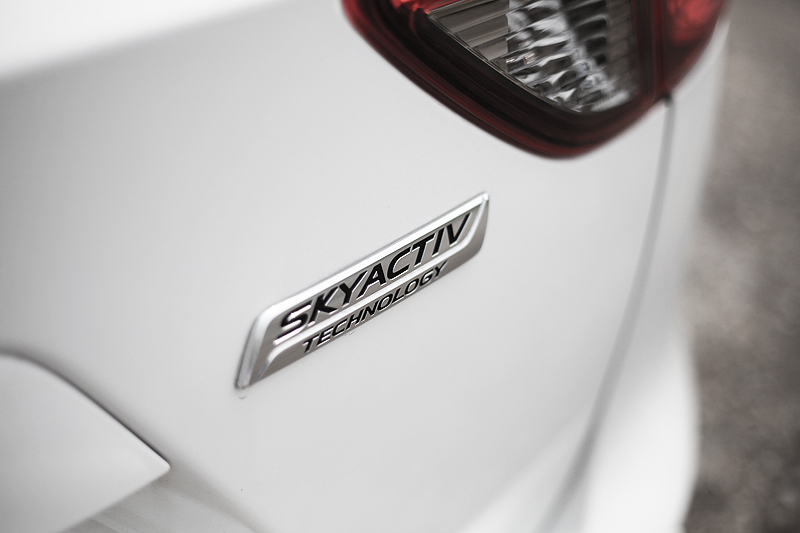 As I park the car and step back to look at it, the shape certainly looks good. The huge front grille from Mazda's KODO design language may seem a little to chunky at first, but give it some time and it'll grow on you. The rest of the car still looks fresh and modern even after more than a year since its launch here (maybe its because we haven't seen many of them). 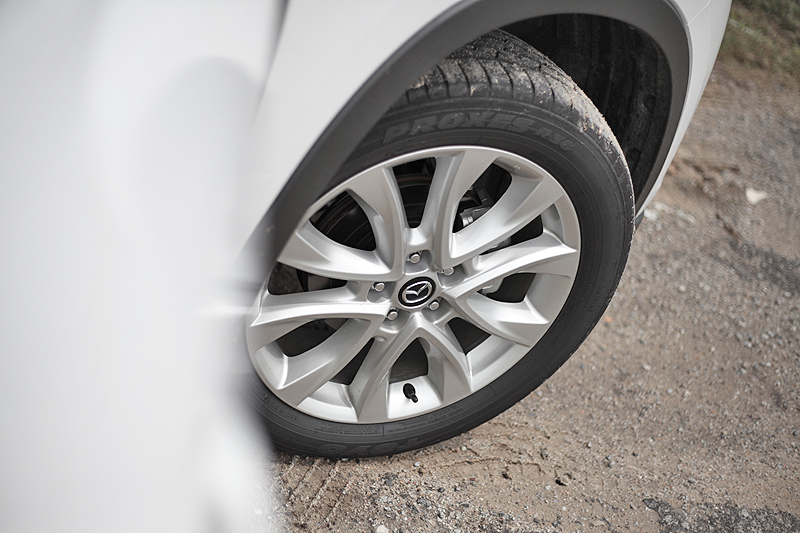 Packed with the company's full SkyActiv Technology suite, an economical but powerful diesel engine and a host of comfort features, the CX-5 diesel looks set to be an all-rounded SUV that should fit almost every need of someone looking for a SUV. It all looks good until you see the price. At almost S$200,000, this SUV is not cheap! For me, I'd save the S$30,000 and opt for the 2.0-litre version instead. It offers a less-equipped package, but a lot of the CX-5's key merits are still there. 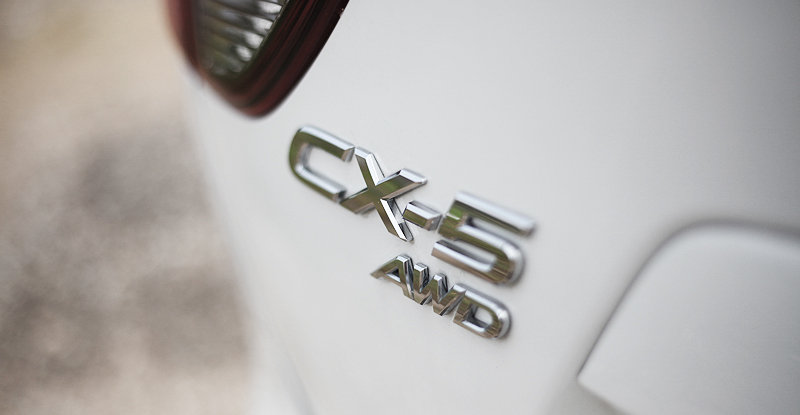 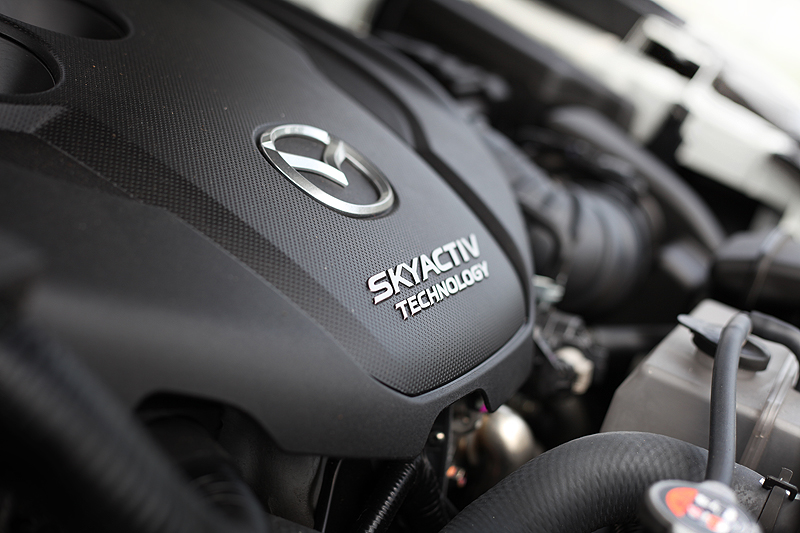 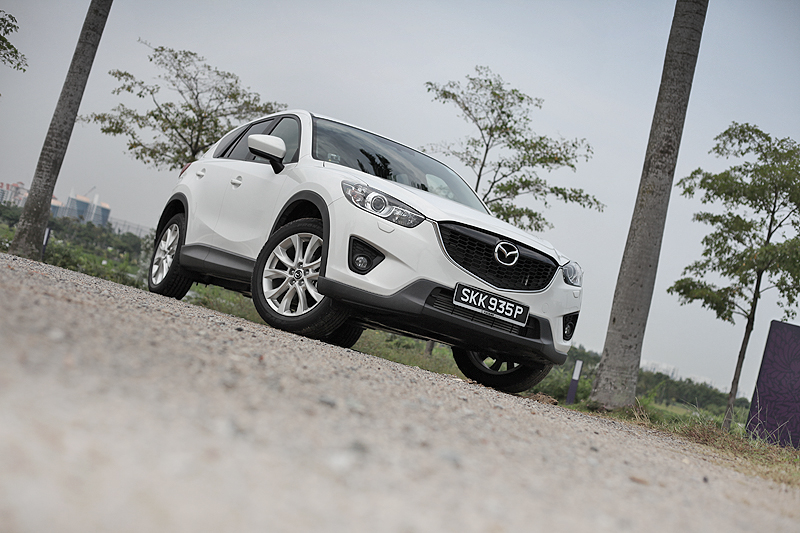