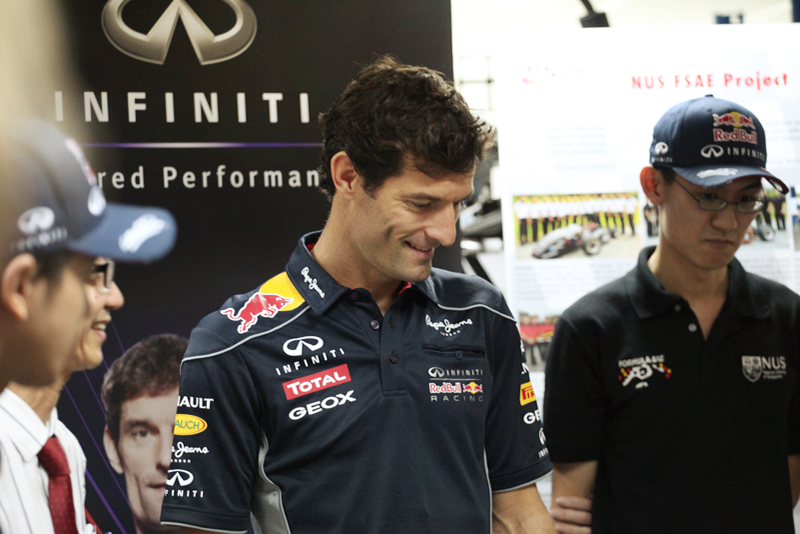 In this chance of a lifetime, Infiniti is offering performance-driven engineering graduates an exclusive opportunity to work in Formula One via a new global talent search initiative.

The two graduates will work alongside Infiniti engineers at the F1 team’s factory based in Milton Keynes, UK. They will also spend time at Infiniti’s nearby technical center in Cranfield, where they will intensify their knowledge of future road car technologies.

As part of the launch, Red Bull Racing F1 driver Mark Webber made an appearance at NUS to catch up with the engineering students and Prof. Seah Kar Heng. The faculty received the driver with a warm welcome and managed to get some advise and encouragement from the Australian racer. 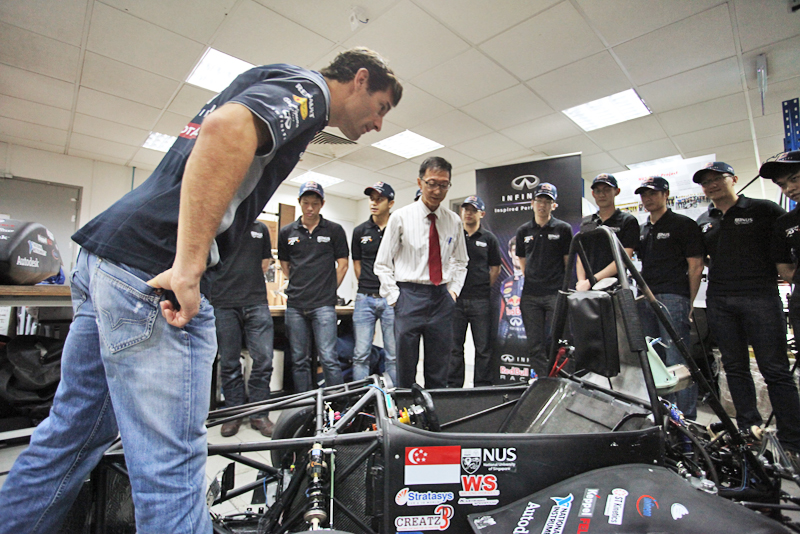 Recruitment for the program will open later this year. National selections across several global regions will begin in May 2014, putting applicants through a comprehensive selection process to assess their performance potential and innovative thinking. 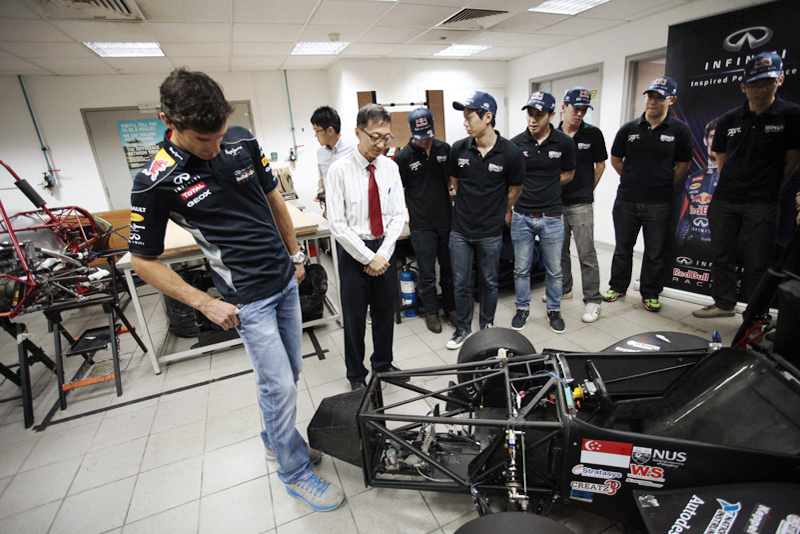 Finalists will present their ideas to a panel of senior technical figures from Infiniti and Infiniti Red Bull Racing in July 2014 with the two winners announced at the British Grand Prix. The placements will begin in September 2014. This once-in-a-lifetime scholarship includes a salary, accommodation, and the use of a car. 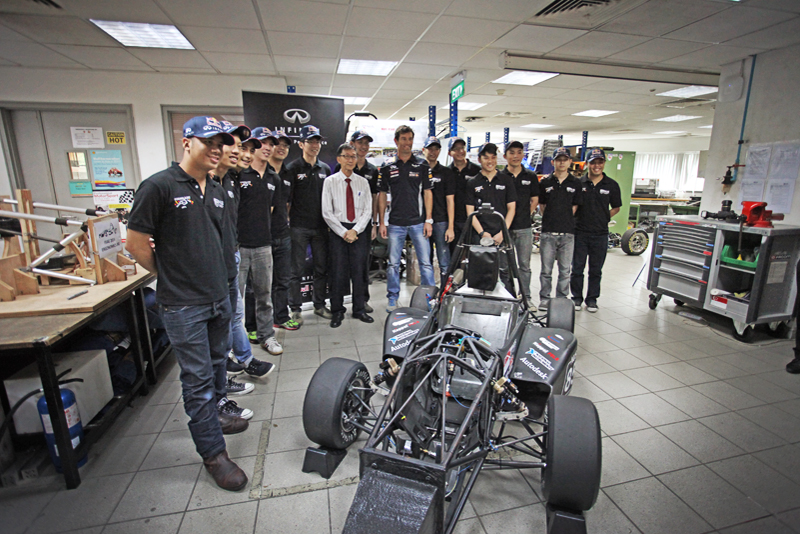 Adrian Newey, Chief Technical Officer, Infiniti Red Bull Racing added: “One of the key advantages of our partnership with Infiniti is our ability to utilise their resources, from materials to processes and people. As such it is really interesting for us to benefit from a worldwide selection process which brings the best new talent through our door." 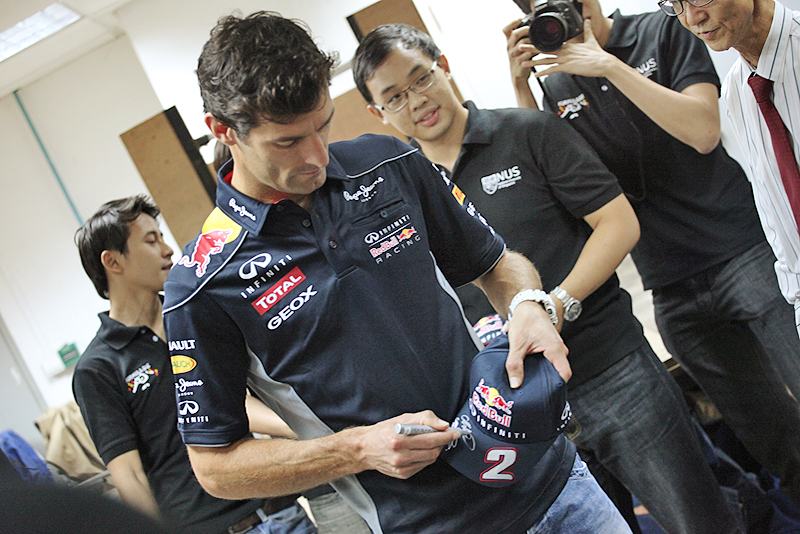 "The speed of technical development in Formula One means that fresh thinking is crucial in keeping ahead of the other teams and we hope that providing an opportunity for world class graduates to work with us will provide long term performance benefits for us and for Infiniti.” he added. 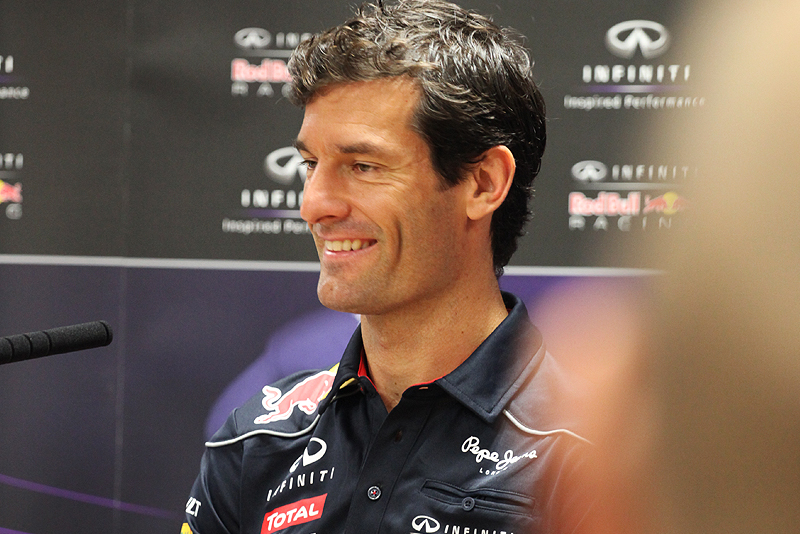 In another event, Infiniti also hosted a cocktail reception at OCBC on 18 September. Invitations were extended to all Infiniti owners, OCBC Premier banking customers and Bank of Singapore customers. Prior to the event, Infiniti held a contest in Assumption Pathway School for students to compete for the top two helmet designs. 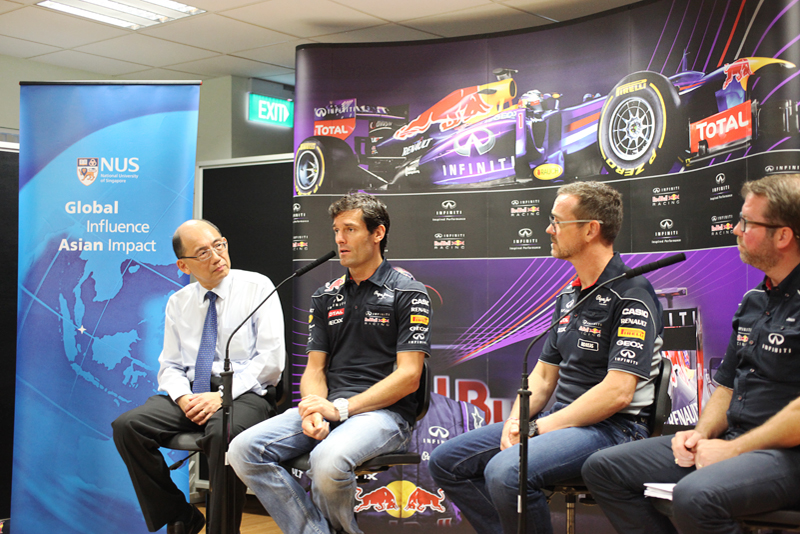 The two winners of these designs, Muhd Irsyaduddin B Mohd Nasir and Muhd Mikhael Bin Abdul Rasid, stood a chance to take a joy ride in an Infiniti driven by Mark Webber, where the evening cocktail reception was held. Mementos of the winning designs were presented on stage and autographed by Mark Webber as a token of appreciation. 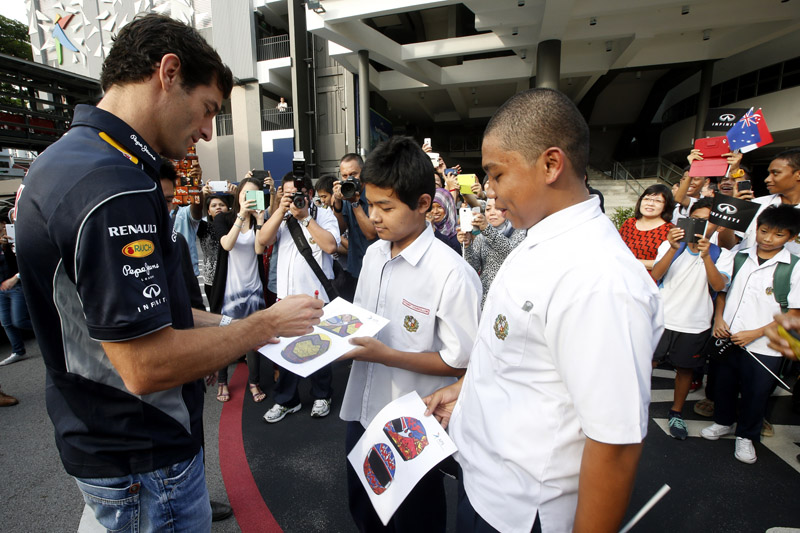 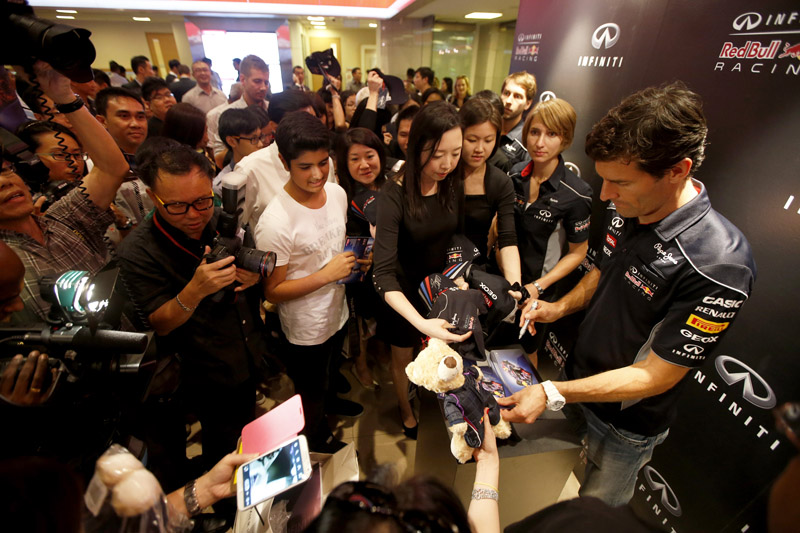