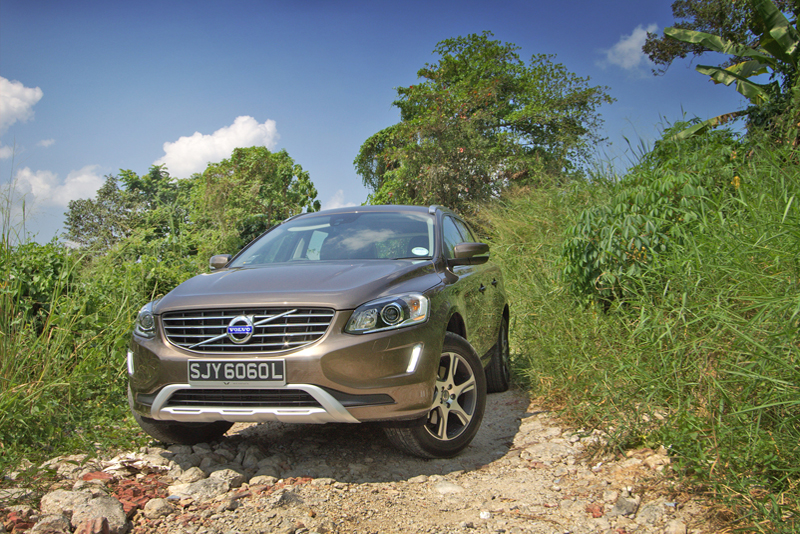 A slight nip here, a little tuck there — Volvo’s just refreshed half its range and this is our first sampling of it.

Now, we’ve never actually tested Volvo’s medium crossover before. Elsewhere on Burnpavement you can find reviews of the V40, S60, V60 and S80, but not the XC60, so here we are to redress the issue.

It’s been a long time now since a new Volvo last fitted the ‘boxy but safe’ stereotype, emphasising softer curves as well as sensible, logical Swedish engineering. The XC60 is Gothenburg’s answer to customers seeking something to suit their adventurous lifestyles, but don’t want the cost and impracticalities of driving a full-size SUV. Hence the XC60s bound for Singapore will only come with FWD, since nobody actually drives off-road anyway.

The facelift for the XC60 really is just that — a slight refinement of its aesthetics while leaving the mechanicals untouched. Compared to the old model, most of the changes have been made to the front end: the headlamp cluster is now a single unit, the grille is wider and has been de-chromed, and DRLs have been installed. The entire body is also now shorn of all black plastic cladding, reflecting the fact that this car’s home is on the blacktop, not the rough stuff. 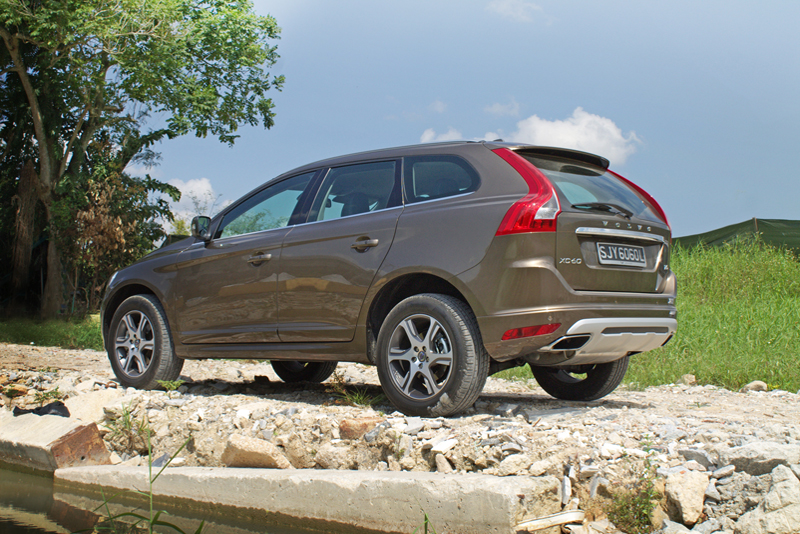 Don’t take that to mean the XC60 can’t venture off the tarmac though; it is an SUV after all. Not only does the raised right height give that elevated driving position that buyers apparently love, but it’s also mighty useful if, for whatever reason, you have to venture down a dirt track or perhaps find the road ahead flooded. As you can see from the pictures, muddy, rock-strewn paths aren’t a problem, and frankly if you do find yourself stuck, it’ll probably be more a question of poor judgement and over-ambition than of the car’s shortcomings. 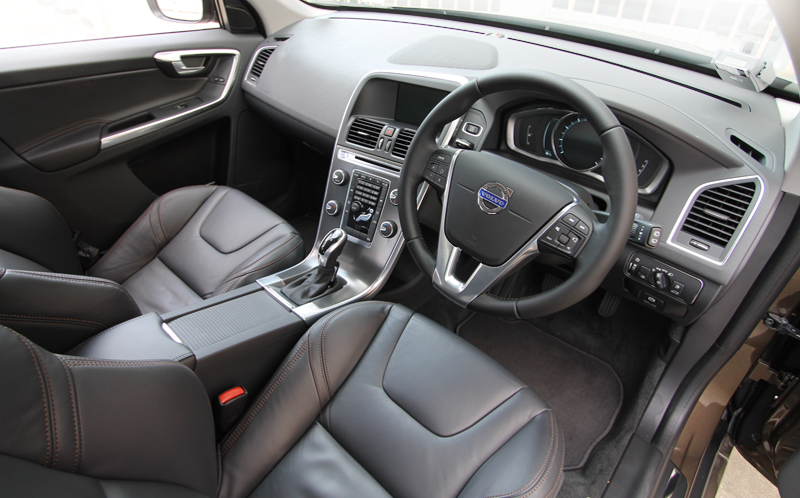 The raised suspension does present its own set of problems though — this car is, shall we say, less than suited to enthusiastic driving. Body roll, squat and dive is extremely prevalent in hard cornering, accelerating and braking, while the steering has pleasing heft at first but then becomes vague and a bit loose during high-speed cornering. At no point does the car feel less than planted, and ultimate grip is good thanks to the Pirelli P Zero Rosso tyres (another sign of intent for its on-road credentials), but the differing sensations from hands and bum are slightly disconcerting. 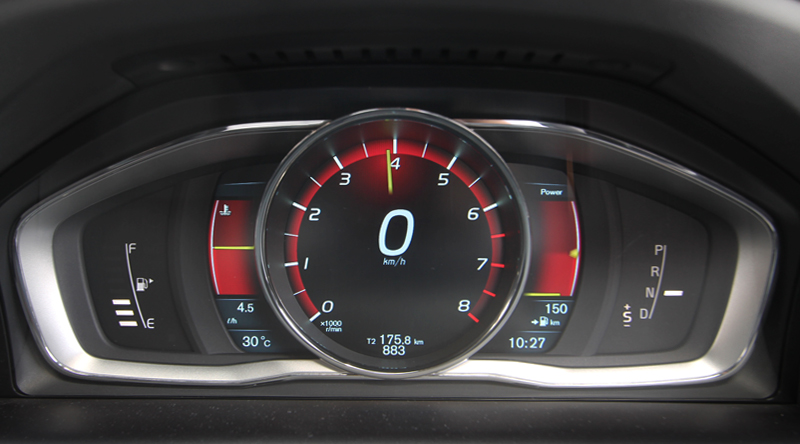 The engine follows in a similar vein, in that, although more than capable, offers up little to please the driver. Somewhat incongruously, this T5 model has now been downsized to a 2.0L turbocharged four-cylinder. With 240 bhp and 350 Nm of torque, the XC60 is no slouch, reaching the magic ton in 8.1 seconds and returning 8.5 l/100km, but it does feel coarse when thrashed, and as an enthusiast, I do miss the thrummy five-pot warbling so characteristic of previous T5 Volvos. And with so much grunt on tap, it’s not too hard to get good ol’ Mr. Torque Steer to rear his head once in a while. Give it the beans from a standstill and there will be some tugging from the wheel, but its occurrence is rare enough for it to be more a novelty than a hindrance. 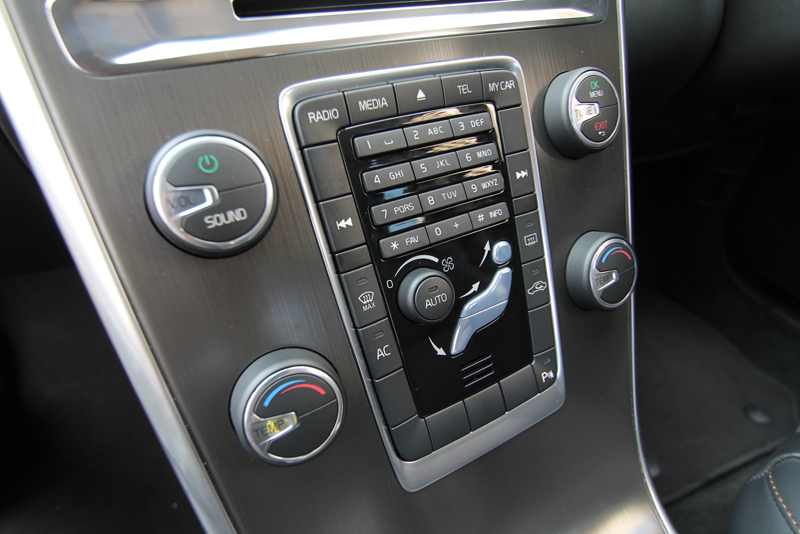 So, not much entertainment on offer then. But to drive the XC60 in such a manner is to miss the point completely. This car is not marketed as a sports car and nor does it try to be one. It’s much more capable (not to mention fuel efficient) when taking things easy. The suspension is a bit fidgety at low speeds in town but settles down comfortably on the highway, while engine and wind noise are well suppressed on the move. Plus, piling on a burst of speed for an overtaking move takes no time at all, thanks to the generous torque on offer. The XC60 may not provide thrills, but instead makes for a fairly relaxing mile-muncher. 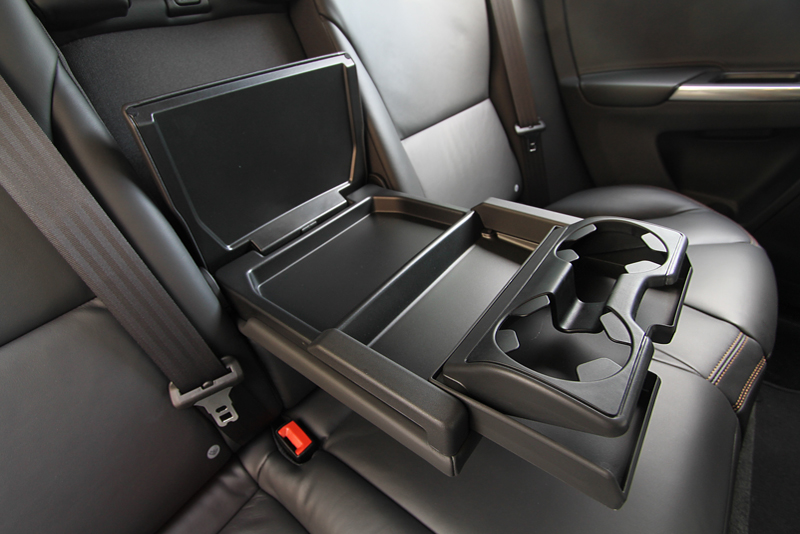 The interior is a big contributor to this feeling of calmness thanks to its cool, minimalistic design. Existing Volvo owners will certainly be familiar with the layout of the centre console thanks to its distinctive airflow controls and traditional telephone number pad (ah, the good ol’ days of the Nokia handphone), but new to this cabin is the addition of the TFT instrument cluster. Dubbed ‘Adaptive Digital Display’ and taken from the new V40, the nifty display offers three readout themes to suit your preference: the cool blue of Elegance mode, the environmentally-conscious green of Eco (complete with an ‘Eco-guide’ meter) and the racy red of Performance with its central rev counter and cheeky ‘Power’ meter. 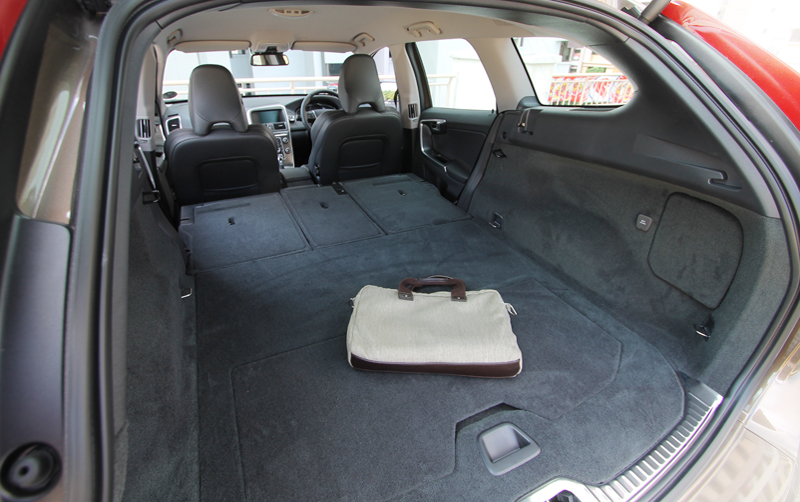 With the company’s reputation for safety and the amount of space available inside, the XC60 is a shoo-in for familial duties. In terms of safety, swiveling headlamps help illuminate the inside of sharp corners (though probably more relevant when in Malaysia than Singapore), while the upgraded City Safety system works at speeds up to 50km/h and can autonomously bring the car to a halt in the event of an imminent frontal collision. Legroom and bootspace are all more than adequate, but it’s the little touches that will really prove useful, such as the flat boot floor, flat rear bench and the painless-to-operate folding rear seats, which can almost triple cargo capacity from 490 to 1,450 litres when needed. 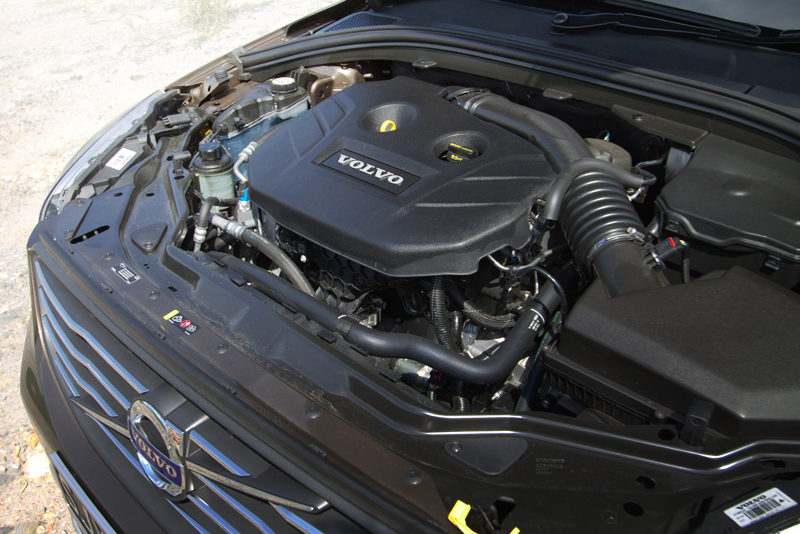 Fit and finish and quality of the materials used are everything you’d expect from a luxury car. Particular highlights include the brushed aluminium inlay on the centre console that lends a clean, modern vibe to the whole cabin, and the new sports seats that, while set a bit too low for outward visibility, are still nicely supportive and comfortable over long distances. The soft ambient lighting for the storage bins and door pockets are another nice touch, bathing those areas in a subtle glow so you don’t have to fumble around in the dark for your items. Ultimately though, some foibles still remain, such as the curious lack of phone controls on the steering wheel, and the space behind the console: take a bend with any gusto and your wallet/phone/lunch will probably fly out the side. 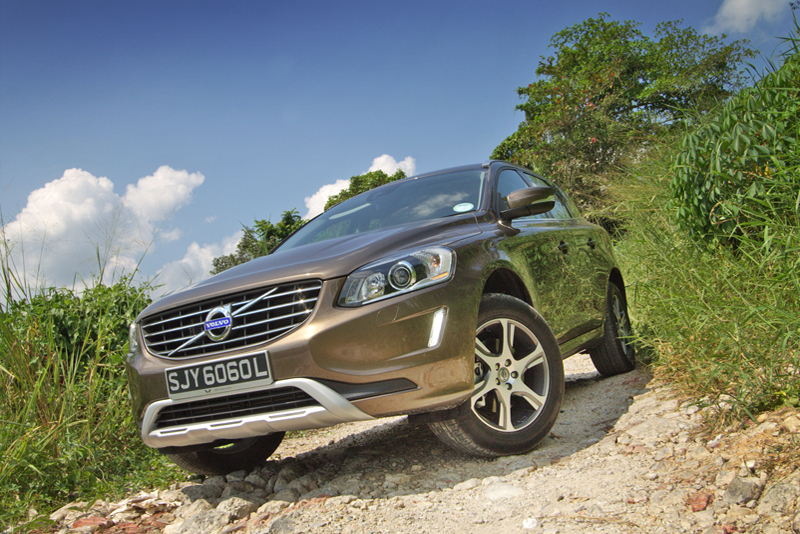 With the V70 no longer offered on sale in Singapore, and the V60 acceding to style in favour of outright practicality, the XC60 is the model now best suited to fill the brief of family load lugger. Granted, we at Burnpavement still believe that the extra size and weight of an SUV simply equate to poorer handling and greater fuel consumption compared to a wagon, but sadly, most buyers do not share this view. Still, it’s encouraging to know that Volvo is realistic about how the car will be used, and as such doesn’t try to write cheques it can’t cash; the XC60 doesn’t have any fancy 4WD hardware because owners almost never leave the tarmac and it doesn’t claim to be sporty because most owners won’t drive it like a sports car. The XC60 T5 is comfortable, spacious, well built and easy to live with, and from a Volvo, that’s all I really want. 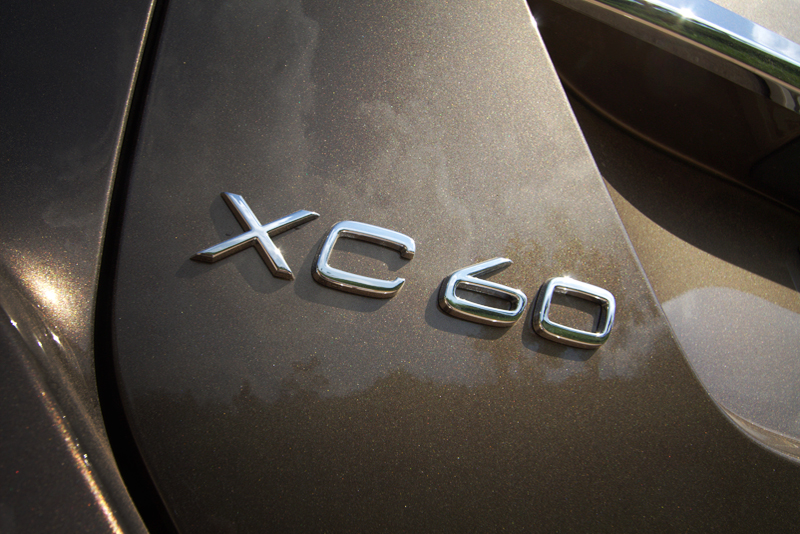 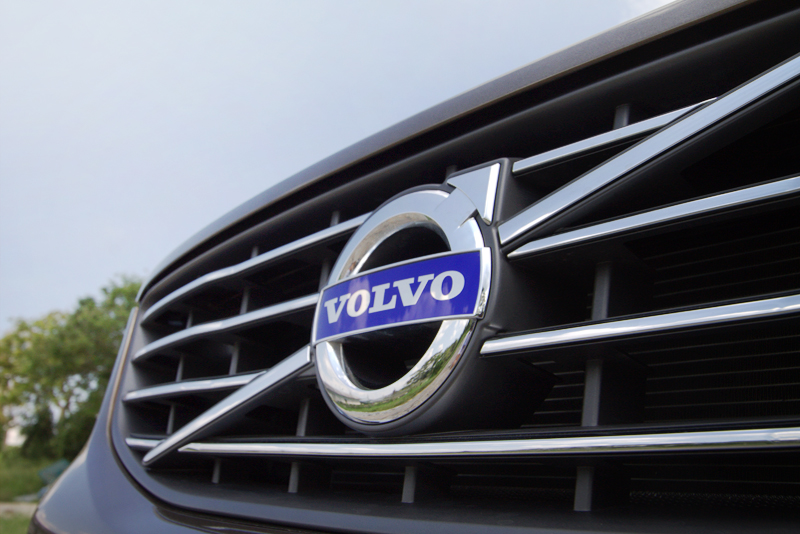