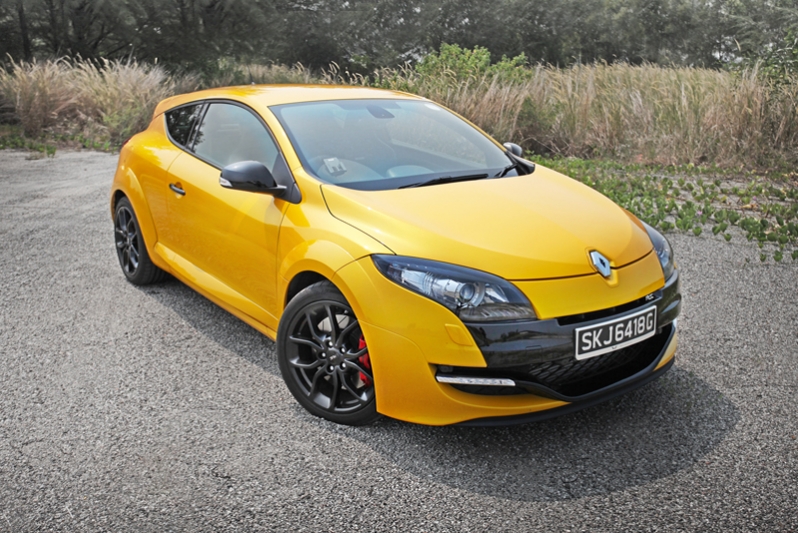 What to do when you want to keep your sweet handling hot-hatch ahead of the competition? Well according to Renault, you add more powaaaaaah…

There are times in the life of a motoring journalist when, despite all your years and experiences, you still get excited like a little brat when you think about the car you are supposed to pick up the next day.

The Renault Megane RS 265 did that to me. You see, I have an affinity for Renault’s modern hot-hatches; they’re special and unique, and you need to drive them (hard, most times) to truly appreciate these finely tuned cars. The first Megane RS I drove - yes, that oddly shaped one - was a blast and definitely began my whole entire love affair with hyper Renaults. Then came the hotter R26 — a few laps around Sepang made me wonder how on earth did Renault put together such a brilliant car. 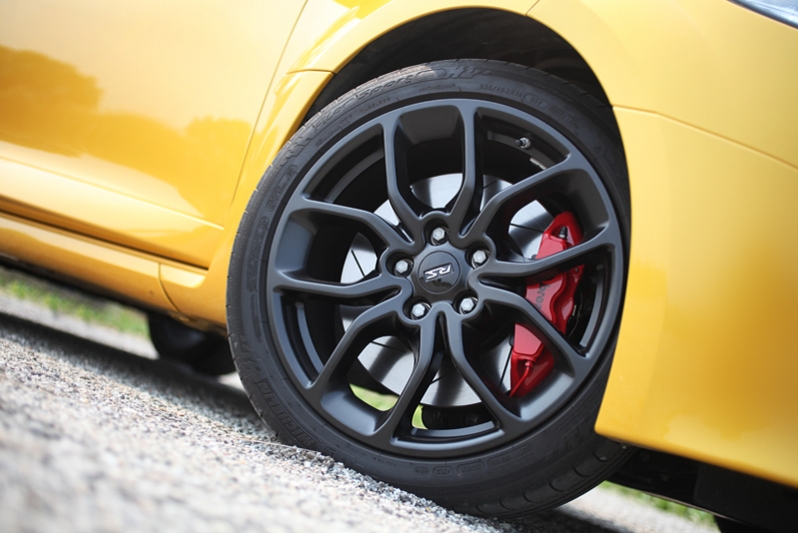 Then, Renault did something even more manic: the Clio R27. Smaller than the Megane, fun to drive and one of the sharpest tools in the shed, Renault proved that even in naturally aspirated form, they could work their magic. 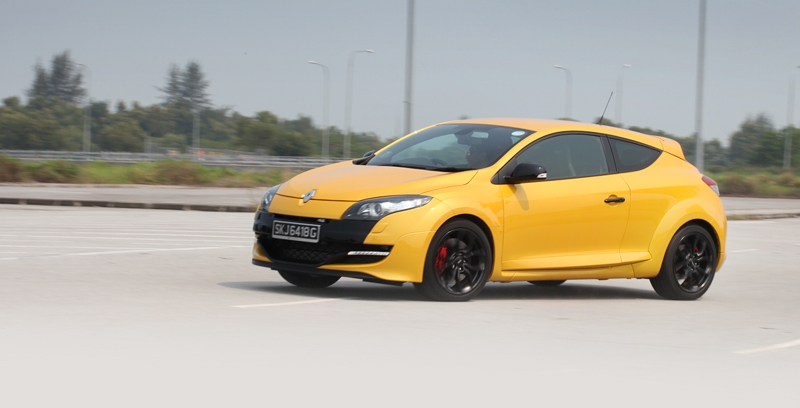 Unfortunately the take up rate for such cars locally are rather dismal. The bulk of hot-hatch drivers here prefer self-shifting ones, which explains the popularity of the Golf GTI. On top of that, there’s the practicality factor that made the German even more appealing. So if you’re the sort who doesn’t prioritize practicality but more towards driving pleasure, then the Megane RS is definitely right down your alley. It may not be the newest kid on the block, or the coolest (a quick poll concluded that the Toyota 86/Subaru BRZ still dominates), but it’s driving capabilities — by golly — it does no wrong. And one with an uprated power output? Makes you wonder was it even “necessary”. 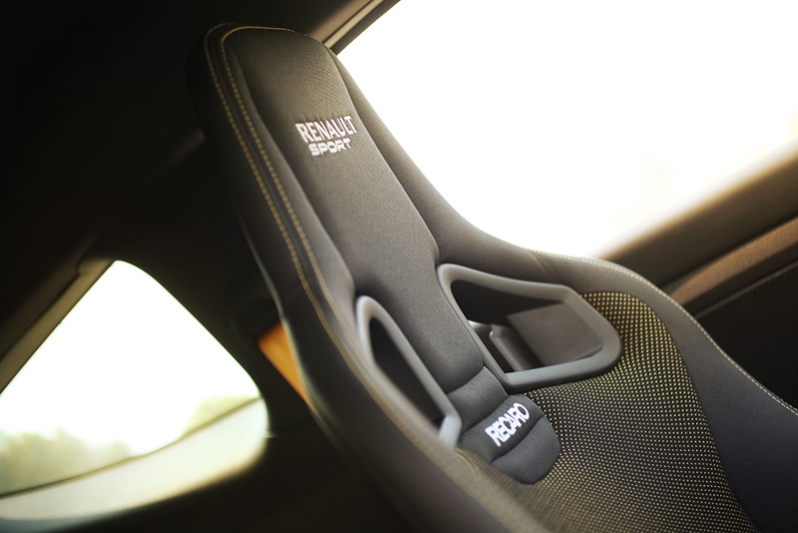 Thing is, the Megane RS is already a force to be reckoned with on it’s own. If you’re a regular reader of Burnpavement, you should know the level of respect we have for this car, both the ‘regular’ RS and the limited edition RS Monaco GP. 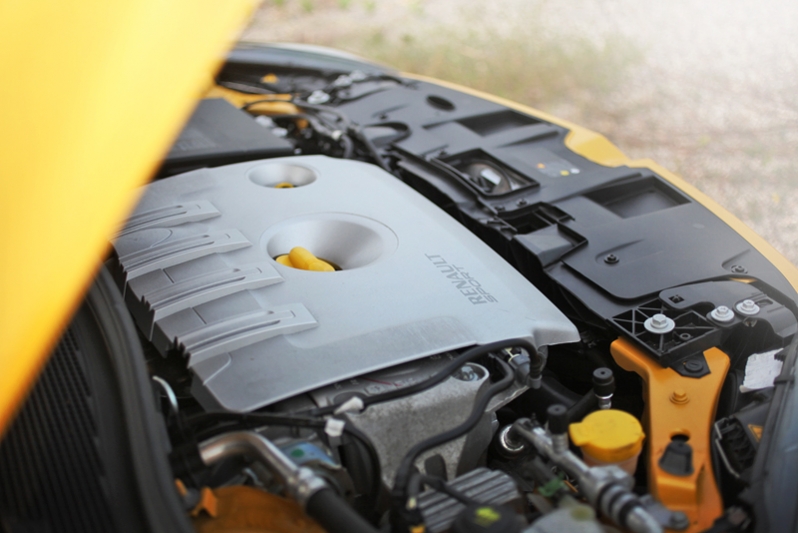 You must be anticipating the outcome of the drive by this point, right? Well, here’s how the Megane RS 265 drives: still brilliant, still the sharpest driving tool and still delivers more smiles per mile. While some performance cars’ on paper power output looks promising but delivers the opposite, in the case of the RS265, it sprints tirelessly in every single gear. When you ease off the accelerator, there’s this strange, naggy voice from the engine bay telling you to “go ahead mate, I’ve got more for ya”. 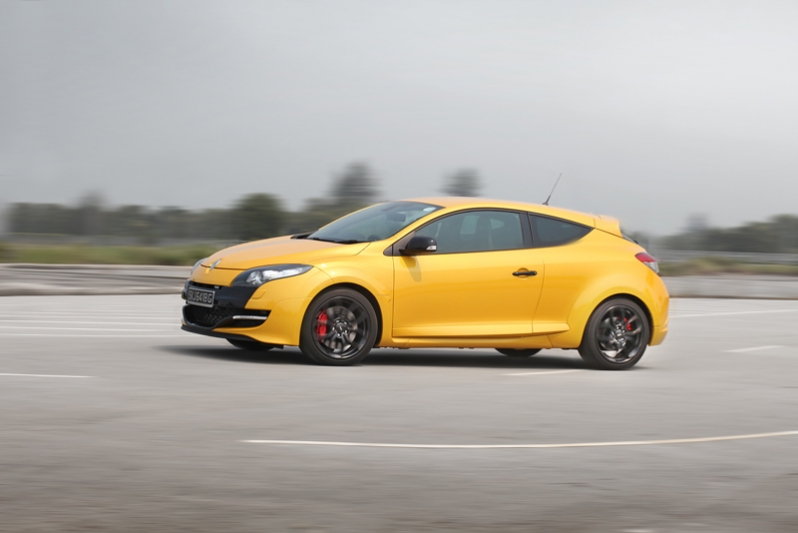 To be really honest, the additional 15 bhp and 20 Nm of torque doesn’t sound that earth-shattering, but when you’re gunning out of a tight corner or need the additional power to overtake in Sport mode, that’s where you feel the extra horses doing it’s thing. I did manage to sample the ‘base model’ 250 bhp RS immediately back to back, and my suspicions were confirmed: in a straight line sprint, you only get a more vocal exhaust — but the extra power doesn’t really make its presence felt. Again I emphasize, you only feel the extra push while exiting out of the apex or while overtaking. 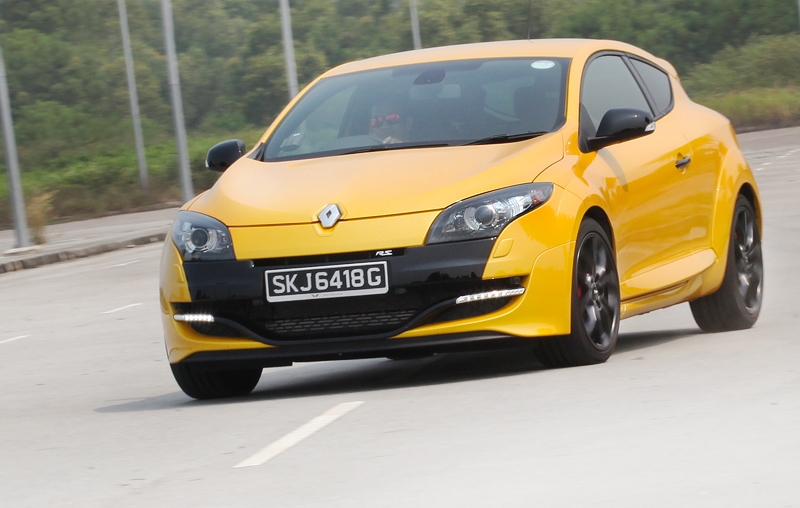 But there’s an ill to the extra horses: take a corner wrongly and you feel understeer kick in earlier with the traction control (if set to ‘Normal’) working extra time. Unglamorous screeching tyres would humiliate you even further… 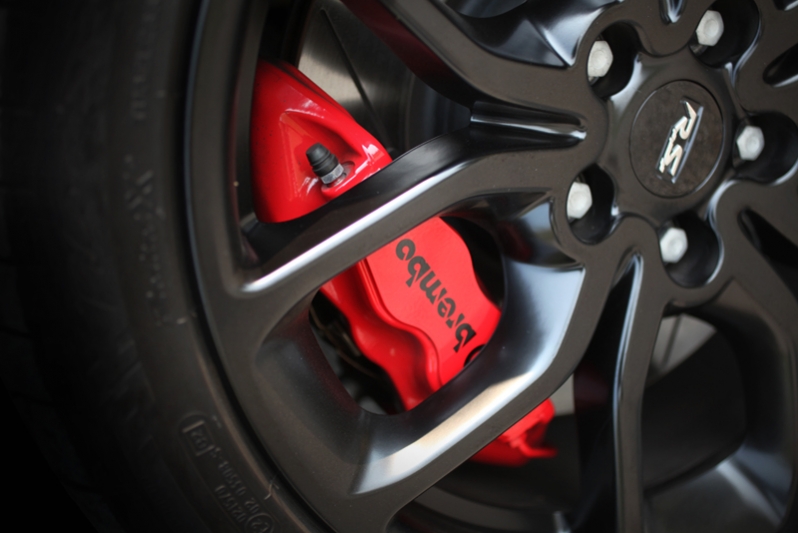 That’s not saying the RS265 has severe faults on its handling front; far from it. After all, this RS 265 here has the Cup chassis, meaning stiffer springs, high performance dampers and thicker anti-roll bars come standard. The result? It sticks onto the tarmac like Velcro, taking to the tightest corners with ease and body movements that are well controlled. Steering feel is definitely the best in this segment — not too heavy and not overly light. Perhaps other manufacturers can learn a thing or two from Renault. Besides that, a mechanical LSD helps ensure traction is constantly in check. 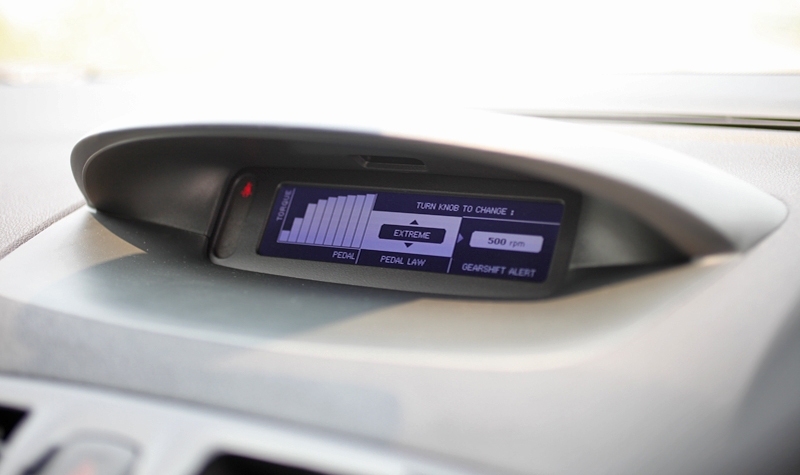 Despite having a fixed suspension setting (in contrast to the adjustable type on the Golf’s GTI and R), you get to choose the sharpness of the throttle — while the default setting is at ‘Normal’, you can toggle between ‘Linear’ (to feel like a tuned NA car), ‘Sport’ (for progressive power) and also ‘Extreme’ (sharpest throttle response and instant power delivery). 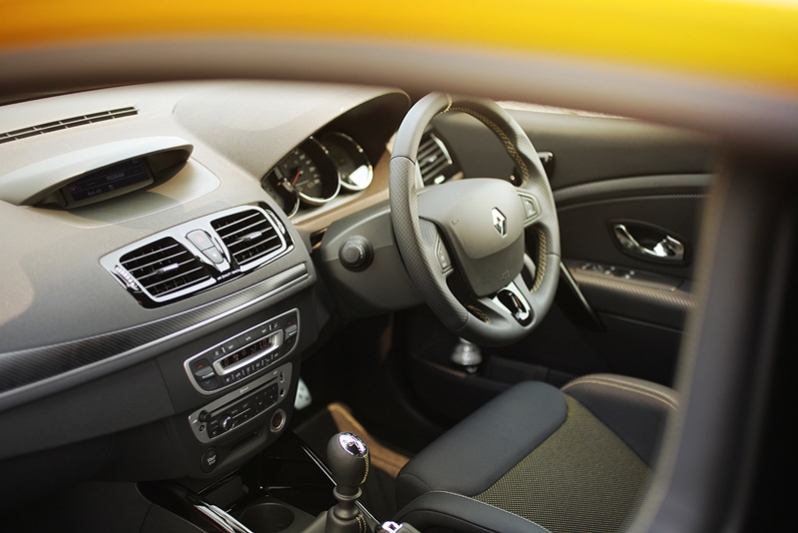 For the interior, Renault has fitted a new audio head-unit that comes Bluetooth ready, together with a USB and auxiliary input for your external music devices. Even the gear knob’s different than the ‘regular’ RS - if previously the embossed ‘1-2-3-4-5-6-R’ gear knob head were finished in matte, the RS 265 comes with a glossy finish. Renault also fitted an improved climate control system, featuring an air quality sensor that ensures good air quality is circulated within the cabin at all times. Other than that, everything else remains as before — meaning one of the best driver’s office around. Still. 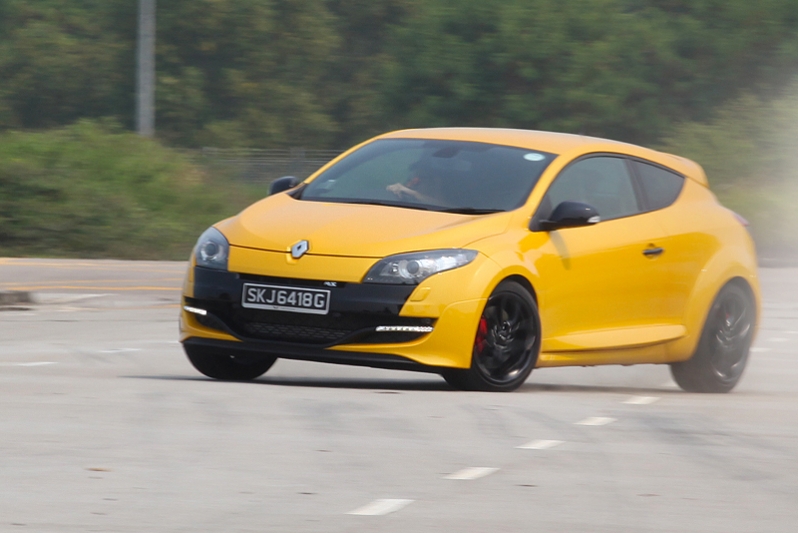 At the end of it all, the Renault Megane RS 265 presents itself as one of the best driver’s tool with all the right elements thrown in, although the interior build quality still needs some improvement. The Megane RS has always and will remain as one of the best driver’s car, and in this iteration with the additional boost, it surely puts Renault on top of the chart when it comes to hot-hatches. 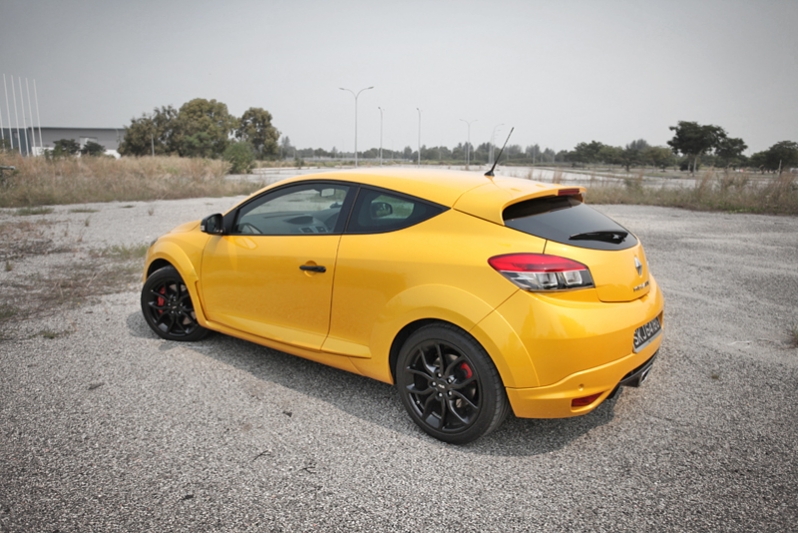 Want something better? Look at a Lotus Elise then. 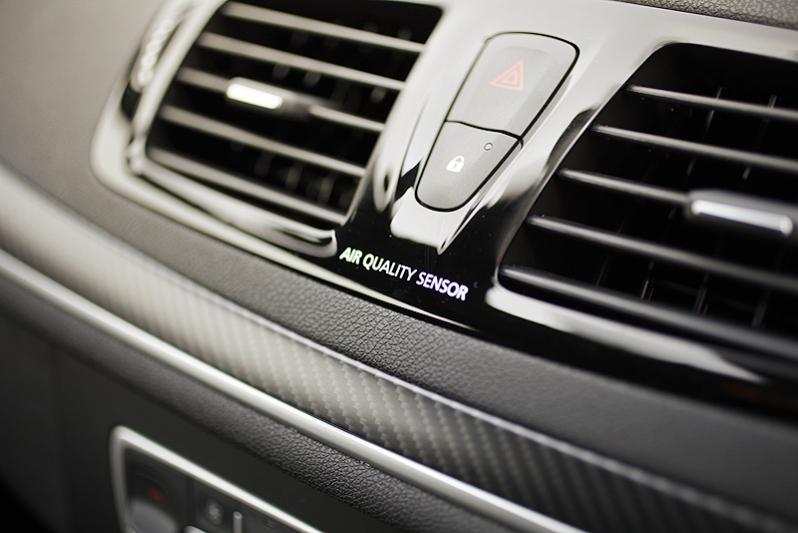 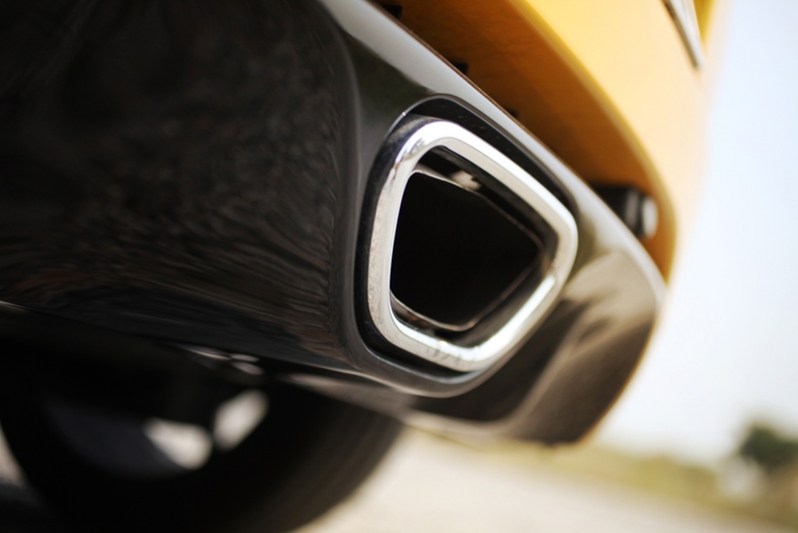 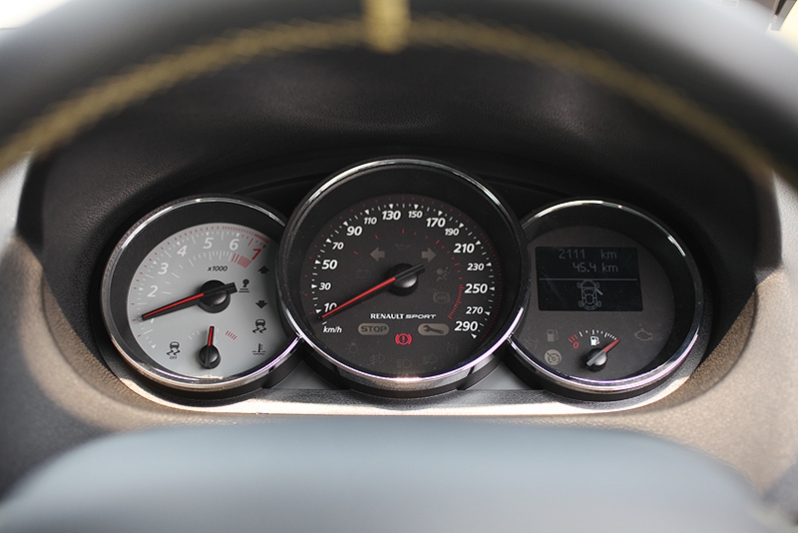