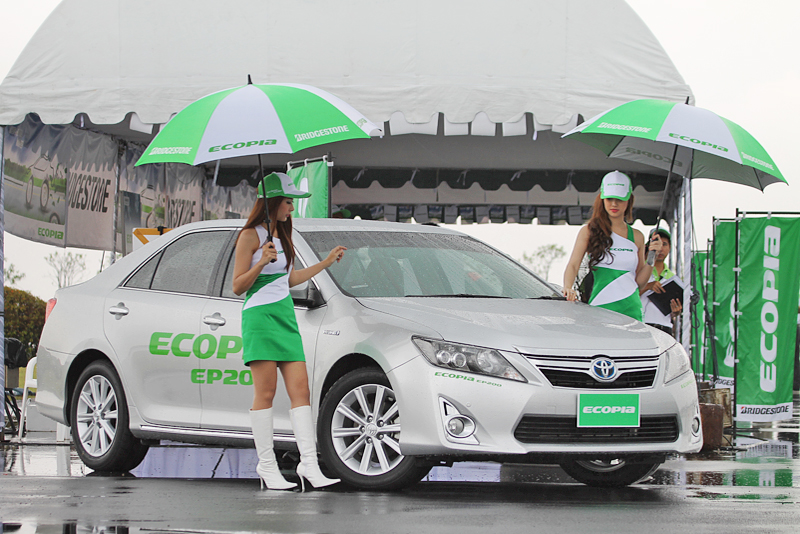 Can Black Be Green?

With Bridgestone poised to expand its range of Ecopia tyres, we head up to Thailand for a sneak preview at what these new rubbers have to offer.

In these eco-conscious times where global warming is the new pandemic and fuel prices rise seemingly as quickly as the next new supercar’s horsepower figures, companies up and down the entire automotive industry have to develop products that satisfy not only the incessant bayings of the ‘Green’ brigade, but also the wallets of the common man. For Bridgestone, this involves expanding its Ecopia range of tyres for small and medium passenger cars, as well as SUVs and crossovers.

Tellingly, the ‘Ecopia’ name is derived from 'Ecology' and 'Utopia', and is Bridgestone’s way of doing its part for the environment and consumers by promising greater fuel efficiency, durability and safer wet-weather performance. For years the only choice in the Ecopia range was the EP100A, but this year will see it replaced by the EP200, as well as the addition of the EP150 (compact cars) and EP850 (SUVs). 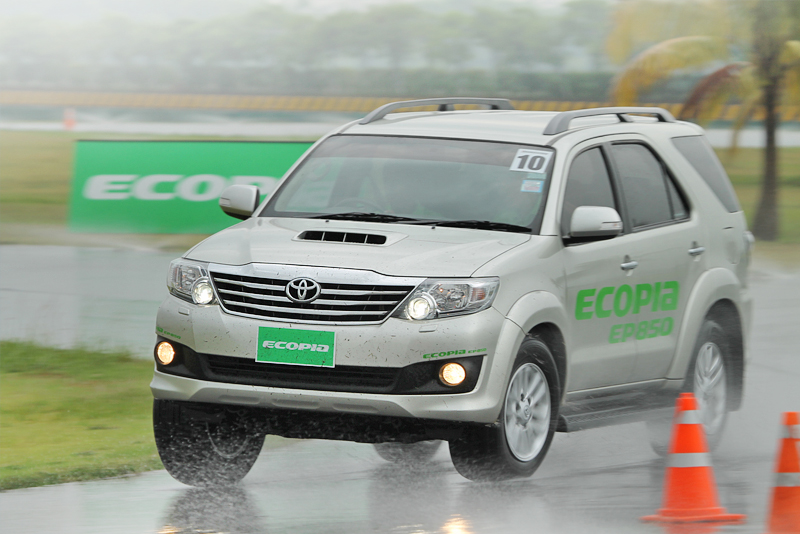 According to Bridgestone, several new design features have been engineered into the tyres to help achieve its objectives. Ecopia tyres utilise Bridgestone’s new Nano Pro-Tech technology to use silica more effectively in the compound, inhibiting heat generation and leading to reductions in energy loss and rolling resistance. The EP200 also features leaf-shaped tread blocks that resist deformation and stabilises it against ground contact for more predictable wet handling, as well as square-shaped tyre shoulders that decrease irregular wear by resisting deformation of the sidewall during cornering. 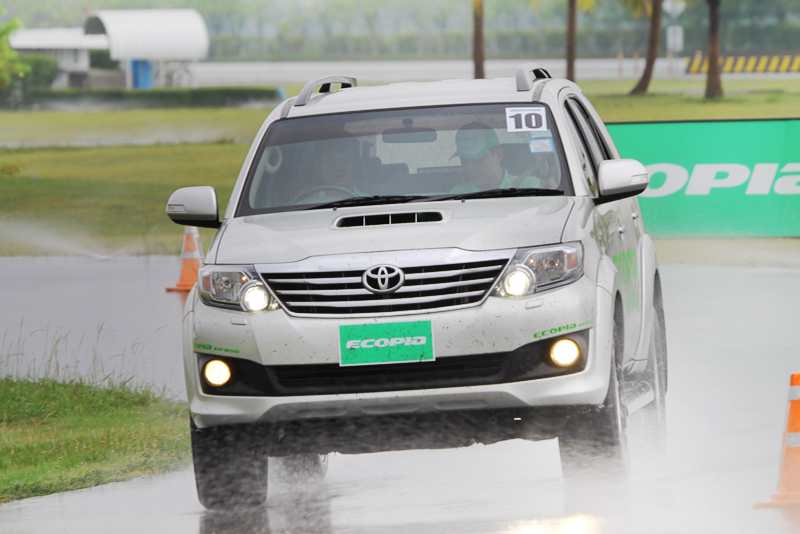 At Bridgestone’s proving grounds in Ayutthaya, Thailand, we got the opportunity to test the EP850s, fitted to a Toyota Fortuner. Despite their hefty size (265/65 R17), neither car nor tyre had trouble negotiating the wet handling course, taking an emergency lane change and standing water in its stride. Grip around corners wasn’t bad either, with excessive entry speed resulting in nothing more than some mild understeer. 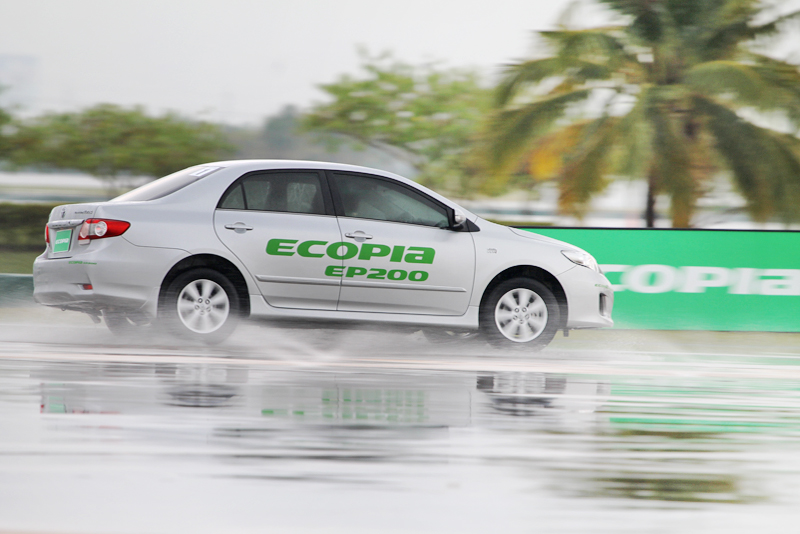 Sadly though, a severe downpour (which reduced visibility to 150m!) halted activities for the day, which meant we didn’t get a chance to sample the EP200s on the wet skidpan and mini autocross course, although other participants who managed to get some seat time reported markedly improved grip and feedback as compared to its EP100A predecessor, as well as significantly reduced aquaplaning. With the above design and construction features, Bridgestone claims a 4 - 8% improvement in fuel efficiency for the Ecopia tyres versus their predecessors. 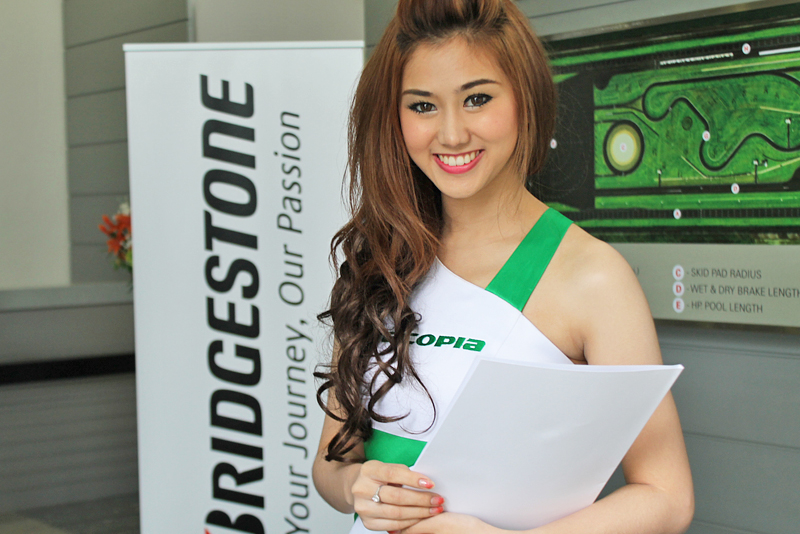 The EP200 and EP850 will be launched in September and December respectively. Sizing and prices will be announced closer to the launch dates. 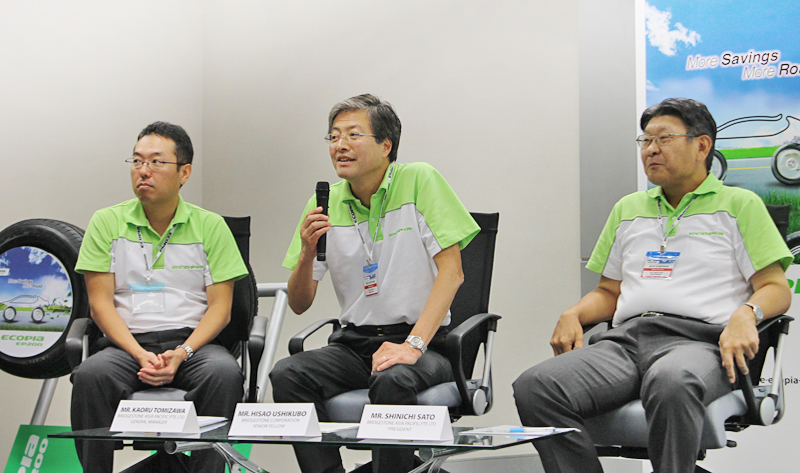 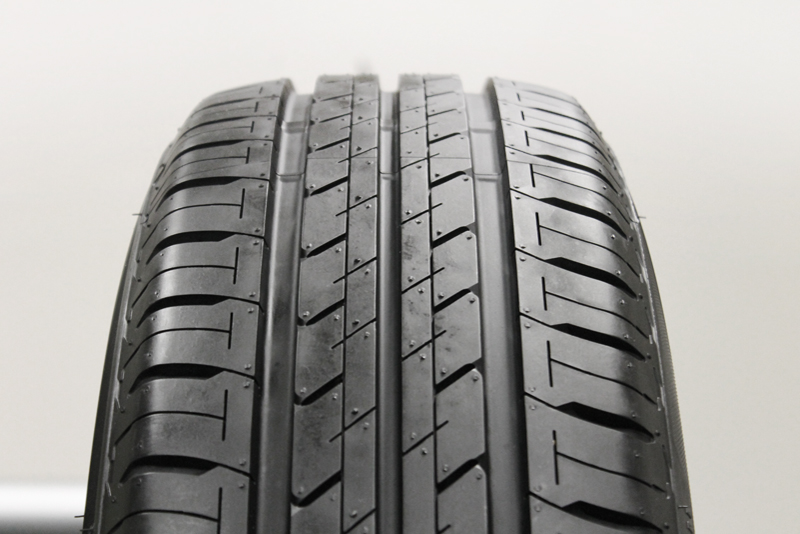 Tread pattern for the Ecopia EP850. 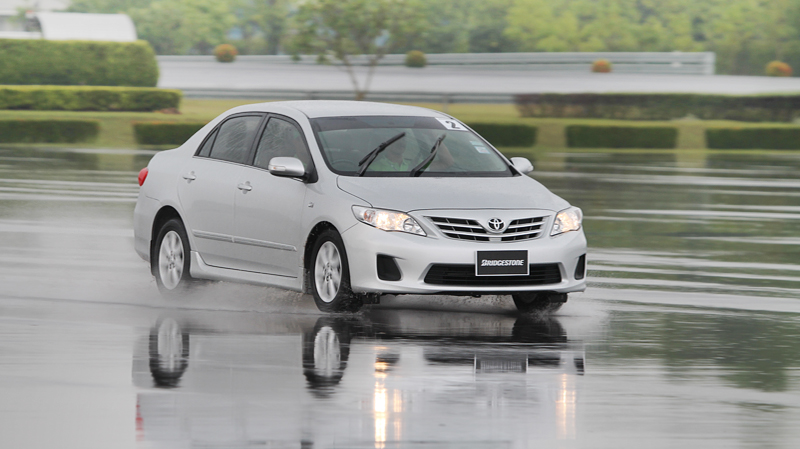