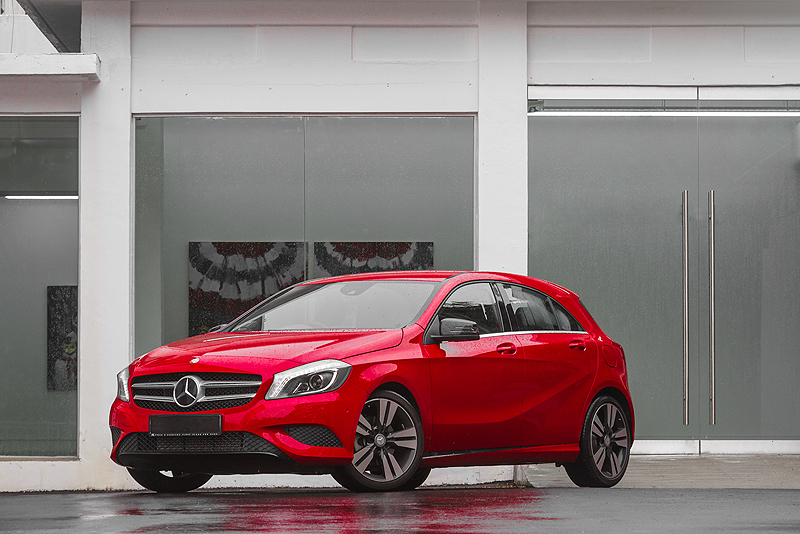 The Baby Benz Grows Up | Mercedes-Benz A200 Urban

Mercedes-Benz calls it the “rebel” of the family. Like most rebels, they may have some traits that you'll admire about them, but most prove to be very hard to live with.

Remember the original Merc A-class? What a shock that must have been when it hit showrooms in 1997, with its cupboard-on-wheels footprint – so very far removed from Mercedes’ traditional sedans (this was long before the Germans’ niche-within-a-niche obsession, remember).  And yet, this tiny toddler actually embodied what Mercedes-Benz stood for at the time: practicality and safety through innovative engineering solutions.

Thanks to its revolutionary Sandwich floor design, the engine compartment could be made smaller, freeing up more space for passengers. This resulted in a car shorter than a new MINI, but with an interior as spacious as an E-class.

Sadly though, the A-class’ image would forever be hampered not only by its famed Elk Test roll (a hasty recall added ESP and tweaked the suspension – problem solved), but also its gawky looks; those in the market for an entry-level Mercedes simply weren’t that interested in practicality as they were with image.

With that, Mercedes decided to eschew the upright mini-MPV look and tackle the Audi A3 and BMW 1-series head-on. This means a conventional front-engined hatchback with a choice of 2 turbocharged four-pots sending power to the front wheels. In our case, we have the 156 bhp A200 Urban, the sportier variant of the 1.6l engine. 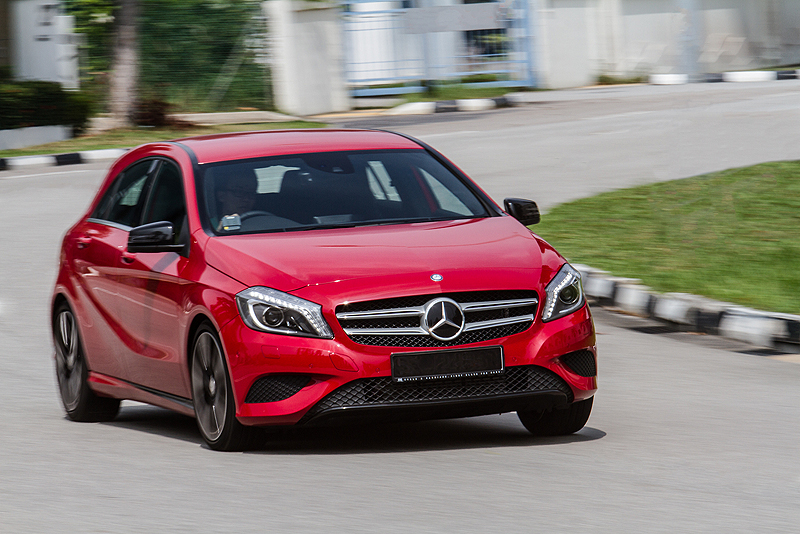 If there’s one aspect the new baby Benz excels, it’s in its styling. It looks squat and purposeful, with some neat touches like the gloss black front valance and wing mirrors. Surprisingly for a small car, this is also the most successful interpretation of Mercedes’ new wide, two-bar grille, certainly much better integrated than on the SL and CLS. Others have found the styling too fussy, with too many creases and lines all over the place, but I like it. It does, however, need large rims to complete the look, and the 18-inchers on our test car fill out the wheelarches perfectly. 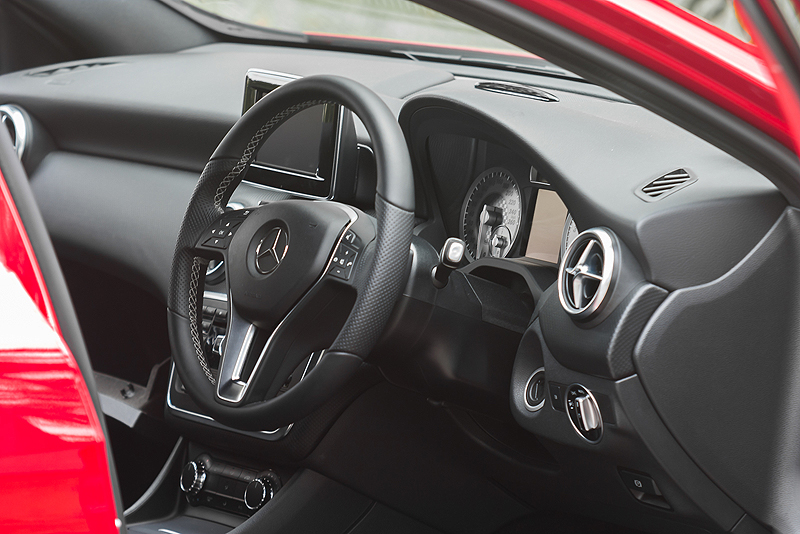 Inside, the dashboard screams, “parts bin!” but in a good way. The aircon vents look like they came straight off a SLS, and the steering wheel, the CLS. That wheel is especially nice to hold (perfect thickness and diameter), and all the other major controls feel well damped. Visually, the only letdown is the 14.7cm multimedia screen. It works well enough, but placed on its stand on the dashboard, it does look like an afterthought. Materials and build quality are generally finished to a high standard, but curiously in our time with the car we detected a very distinct rushing noise from the top corner of the driver’s door that got louder with speed. A faulty door seal perhaps? We didn’t have enough time to investigate, but we hope it’s a one-off issue. 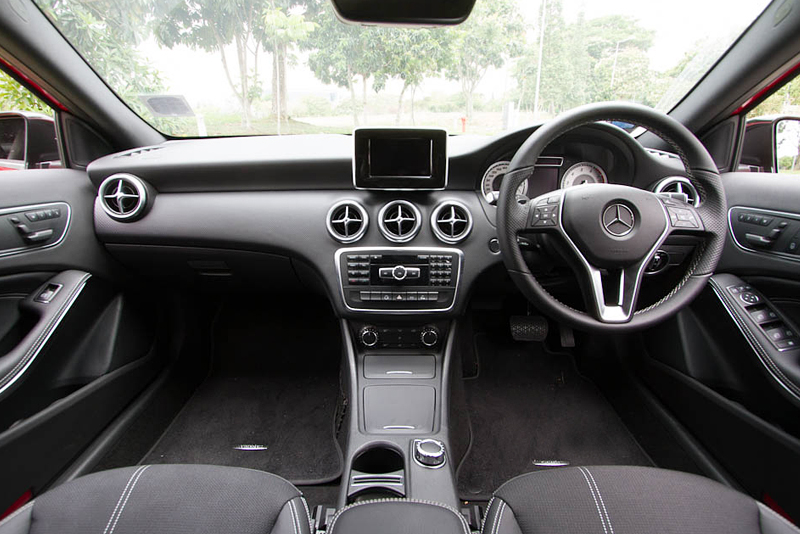 Space is decent front and rear, with no problems accommodating two six-footers in front of each other. The price to pay for the styling outside though, is a rising window line, which translates to small rear windows. As a result, not much light reaches the rear cabin, and, in conjunction with the black seats, could lead to a feeling of claustrophobia. 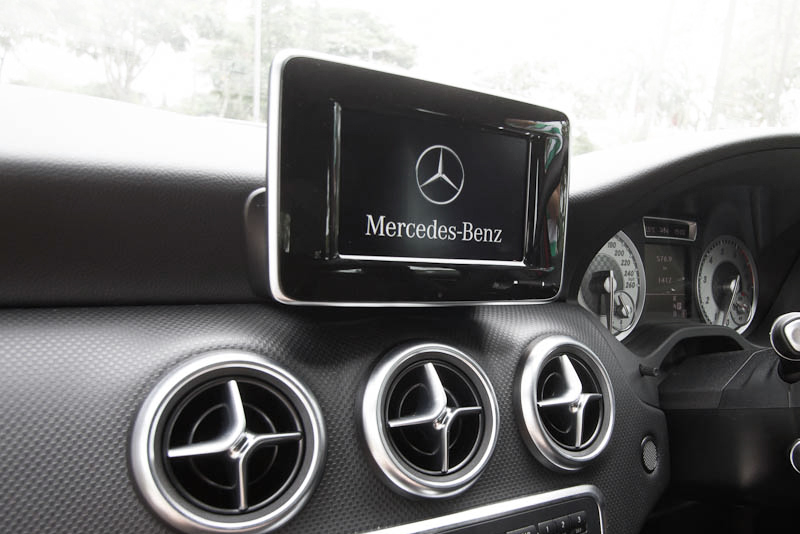 It’s on the move where the car starts to come undone. Remember those large wheels I mentioned earlier? They come standard on the Urban trim level. Unfortunately, so does the lower (-15mm) sports suspension, making it a rather uncomfortable car to be in, thumping on speedbumps and juddering over patched-up roadwork sites. The upshot is though, rather good body control when driven enthusiastically. The stiff setup keeps the car level and planted through corners, with good grip from the 225/40 tyres. Who knew Mercedes would actually make a car suitable for keen drivers? (other than AMGs of course.) 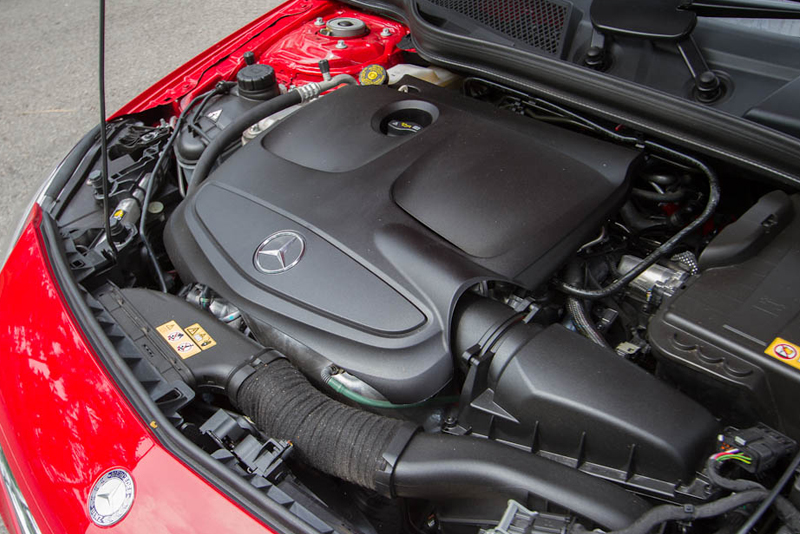 It’s a good thing the A-class is a good corner-carver too, because the drivetrain leaves a lot to be desired. The engine itself is an able performer, if sounding quite gruff and feeling very strained. It feels reluctant to rev, so there’s no joy in wringing its neck, but all these quibbles could be due to it not being run-in yet (only 1,400 km on the clock). My biggest gripe though, lies with the gearbox, a 7-speed dual clutch unit. As with all DCTs, it can shift instantly and seamlessly when the driver swaps cogs manually via the paddleshifts, but leave it to its own devices and it can frustrate. In the default Economy mode, the throttle response feels too mushy and lethargic, but put it in sport and it holds on to gears for too long. 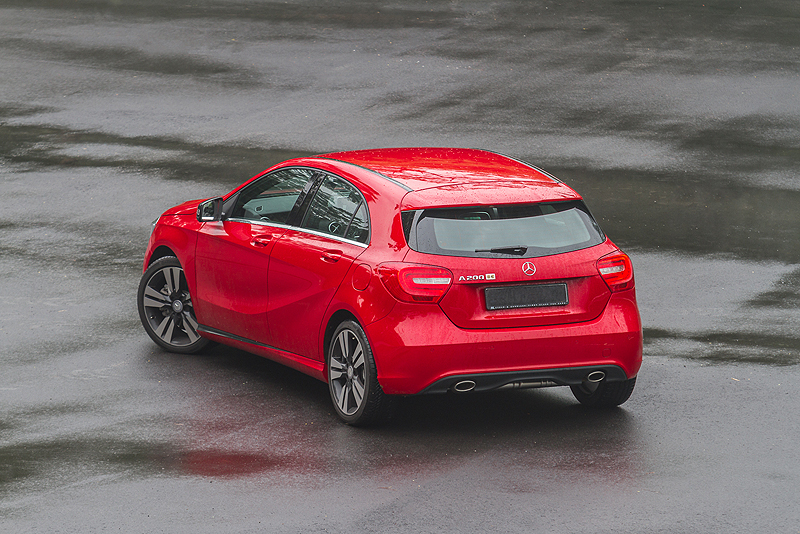 The problem is that by following the established template set by its rivals, the A-class has lost a trait that made it unique. It may have style aplenty to turn heads, but when it fails to shine in any particular area yet disappoints in others, you end up with an under-achiever. If you are sold on its looks or want something sporty that’s bigger than a MINI, then go right ahead. But if you want a small, upmarket family car, you might be better off with something that prioritises function rather than form. 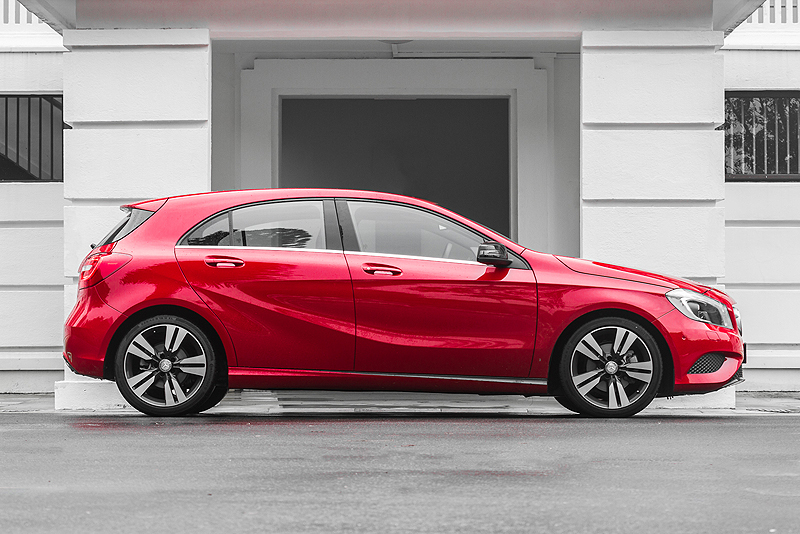 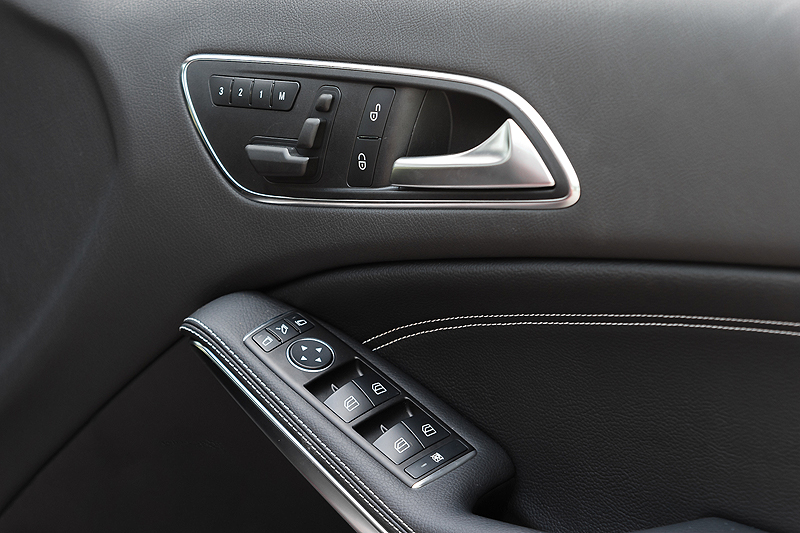 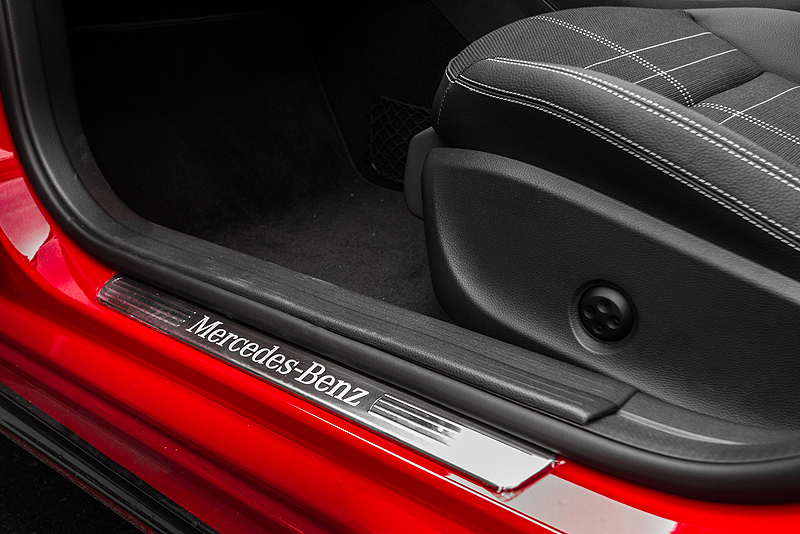 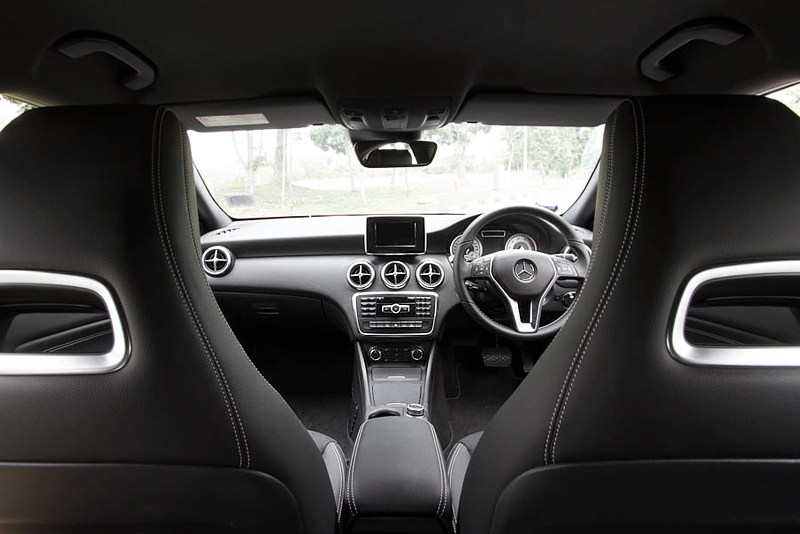 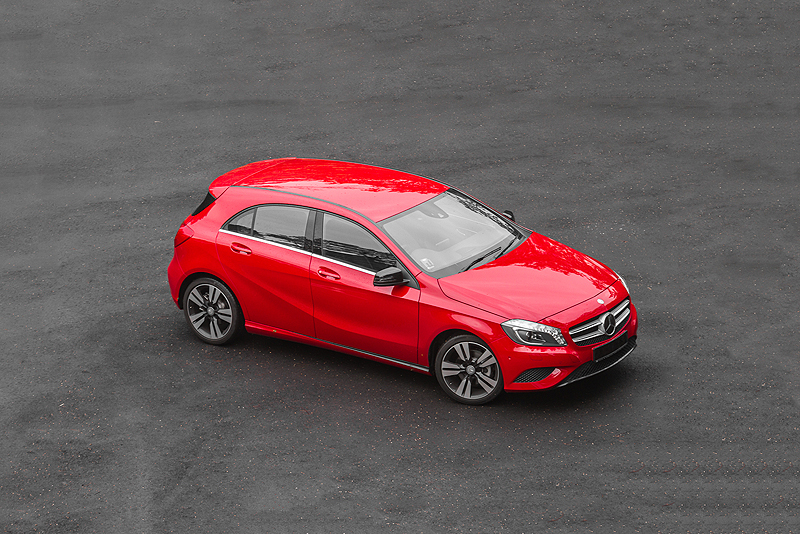 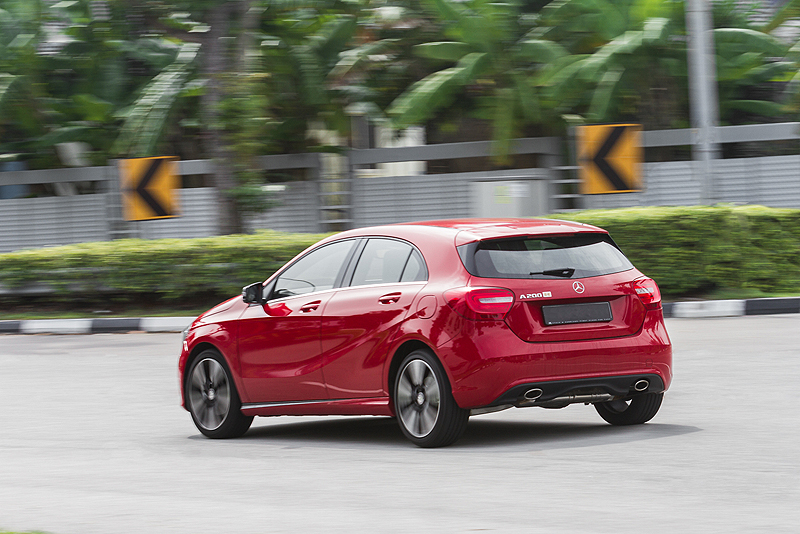 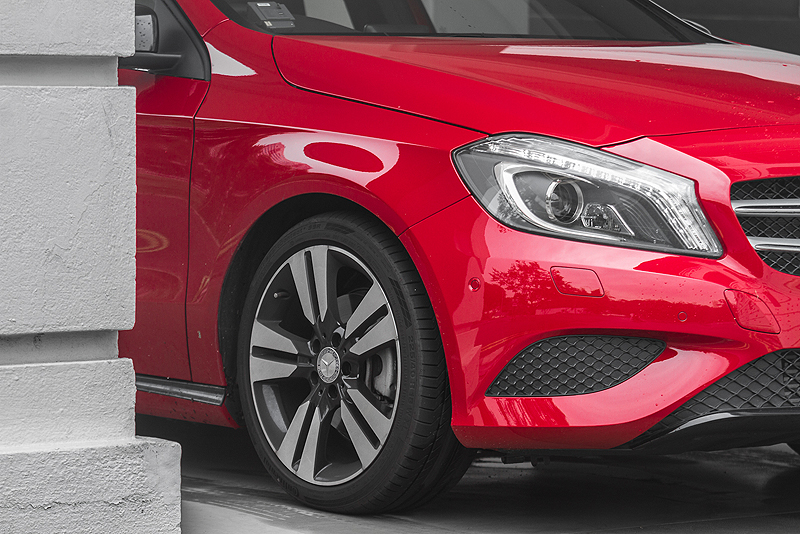 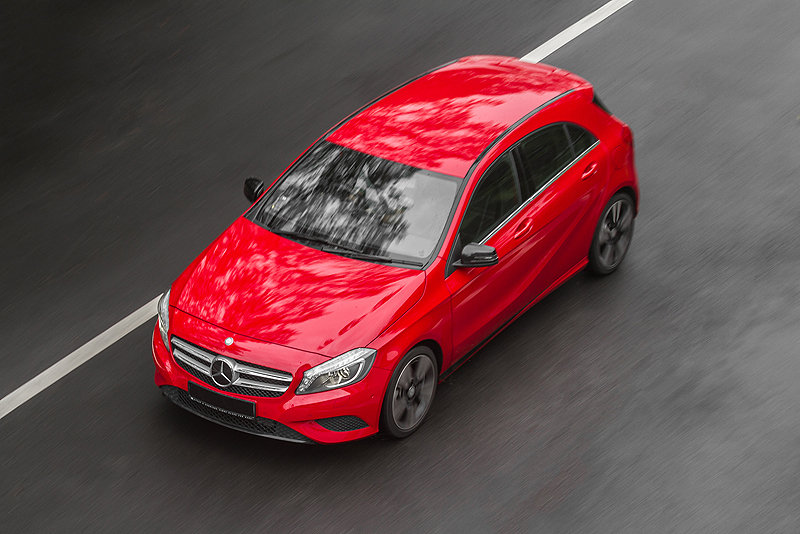