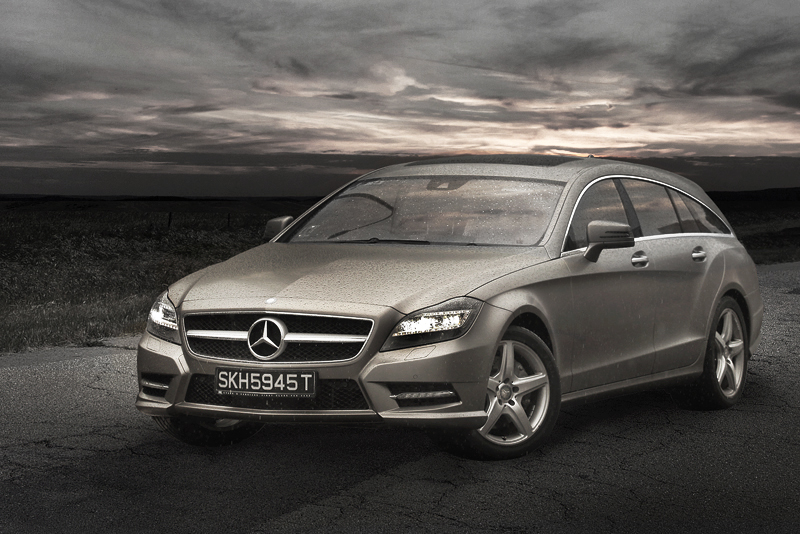 Mercedes may have launched this stylish looker here under the radar. But in our opinion, it should have been the star of the CLS range.

In case you don't already know, I'm a big fan of wagons. With that knowledge, I guess you can tell where this article is going. Yes, I am biased that way, but please hear me out – I promise to be honest(ish).

The CLS Shooting Brake should have been the new CLS period. When Mercedes launched the first-generation CLS in 2004, it gave the world a large four-door coupé. It made a big impact in the industry, even though it was in essence, a super-sexy E-Class. The new one made less of an impression, but rode on its predecessor's fame and sold well nonetheless.

Strategically, that was probably the right choice. But if I were Mercedes, and I wanted to wow the crowd like I did eight years ago, I would've developed and launched the Shooting Brake first. It's simply stunning to look at and there really is nothing like it on the road.

Before you start wondering where we took the first two shots you see here, I would like to admit that they are not 'real' photos. Well they are technically—they're actually a combination of three photos. I didn't have much of a choice really, it was raining cats and dogs during the time I had the car, so I had to be creative, literally. What is NOT fake though, is how good this car looks. At the front, nothing much has changed, but the three-quarter view is now beefier as the lines towards the back flow to a bulkier finish. 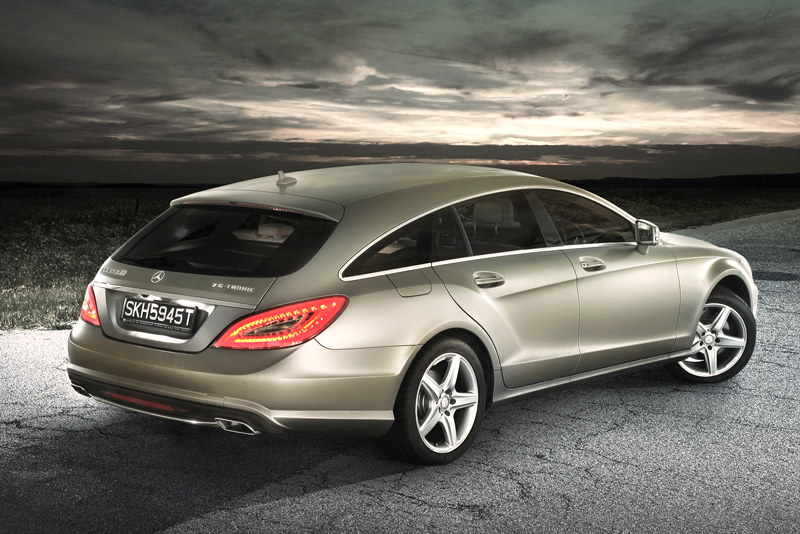 But the rear end is where this baby really hits the spot. While the sedan version is a little messy at the back, the Shooting Brake manages to blend the lines cohesively and I dare say, perfectly. While I'm not a fan of the colour, I must admit that matt paint finishes are starting to grow on me. Still, a CLS Shooting Brake is best finished in a shiny metallic gunmetal shade, or maybe white (like the AMG CLS 63 Shooting Brake - go Google that!). 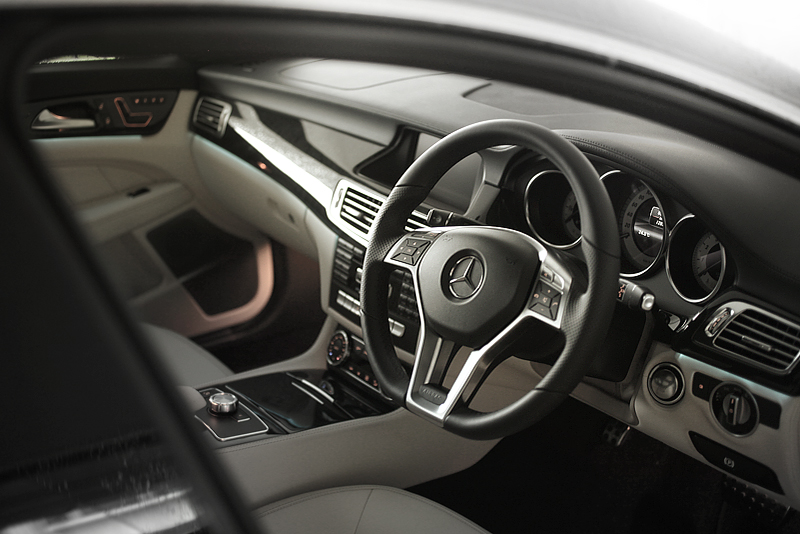 In the cabin, the usual impeccable Mercedes interior is very easy to warm up to, making it a superb place to be in. A fine sounding B&O sound system was specced on our test-car, which made cruising in the car all the more enjoyable, as did the AIRMATIC suspension that really contributed to the pliant ride and comfortable drive. But the car is not all-show-and-no-go though, in fact, it's a rather reasonable performer. 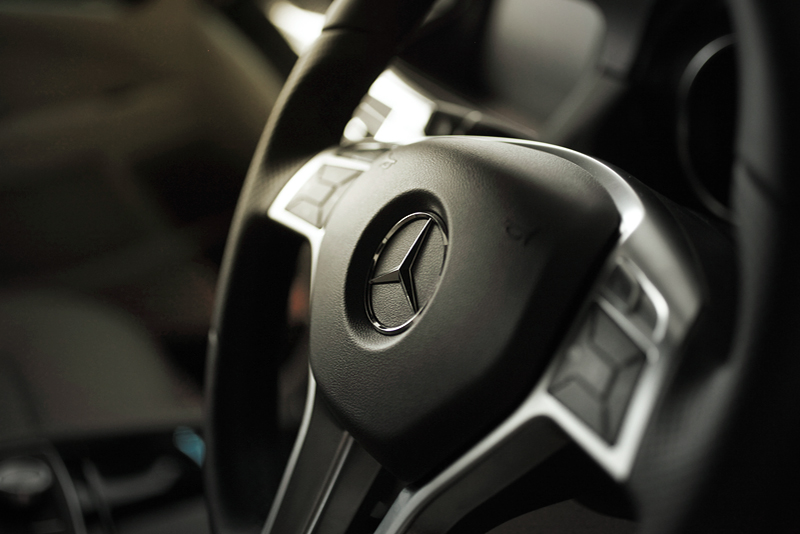 Oh, I might add that the interior colours and materials matched each other so well, that it made me dislike the exterior colour even more. I felt that a solid black exterior finish would have made this the perfect package. But I digress, I'm sorry, as a designer, it's clearly a job hazard to keep focusing on the aesthetics. But look at the following photos and you'll know what I mean. 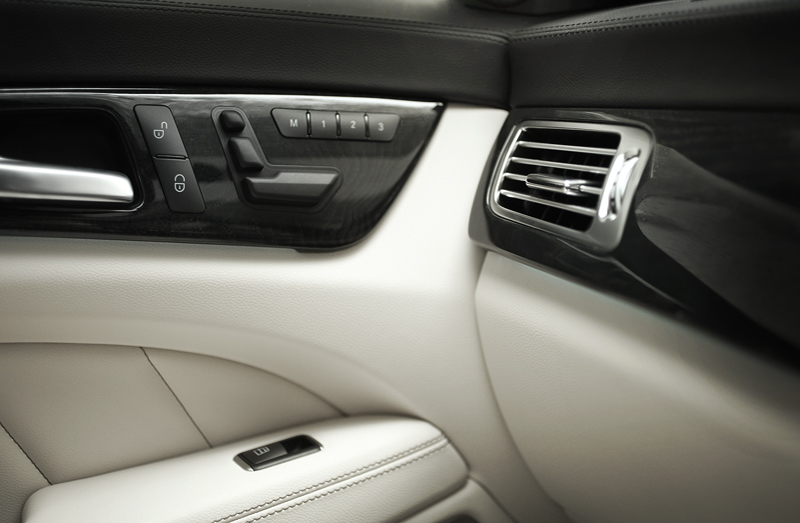 Back to the drive, with 306 bhp and 370 Nm of torque on tap, the V6 in the CLS 350 Shooting Brake is no slouch. OK, it's no pavement burner either, but it will reach 100 km/h from standstill in 6.7 seconds and onto a limited 250 km/h top speed. Not too shabby eh? More importantly though, is the fact that it doesn't feel like its size. Make no mistake, the car is loooong. But it handles reasonably well and maneuverability is not much of an issue too. 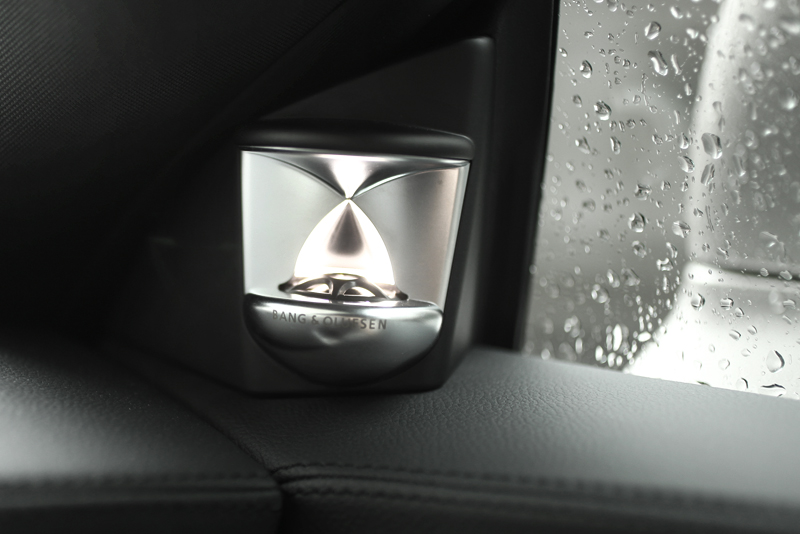 Select "S" mode (which stands for Swwweeeeet!), and you'll sharpen up the throttle, steering and suspension - although it's the sharpened throttle response that is most obvious, the other two tweaks are not very noticeable. So no, it's not a performance machine, but it does drive rather well and goes rather quickly too. Well enough for the way it looks, is how I'd put it. 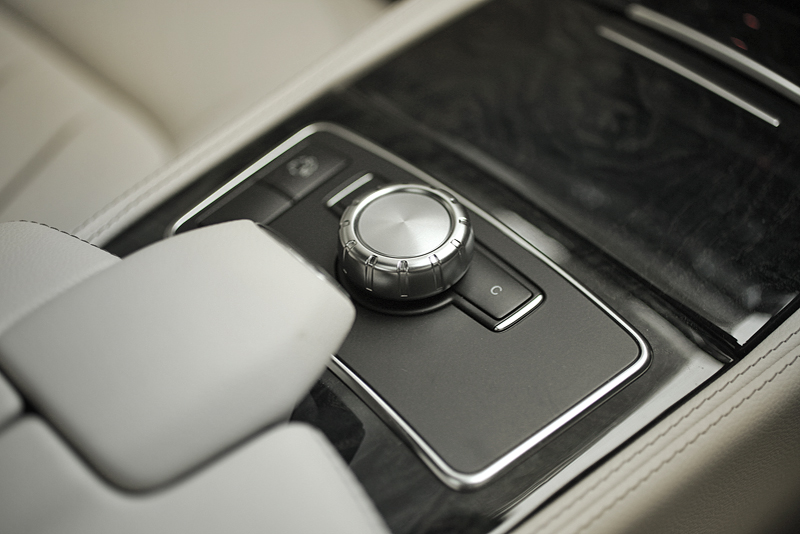 While you're in that mood for some spirited driving, I'd recommend turning down the B&O sound system and listening to the other 'audio setup'. The V6 growl from the Mercedes is actually rather pleasant to the ears. Find some clear roads and keep the throttle down and you can make some music of your own. 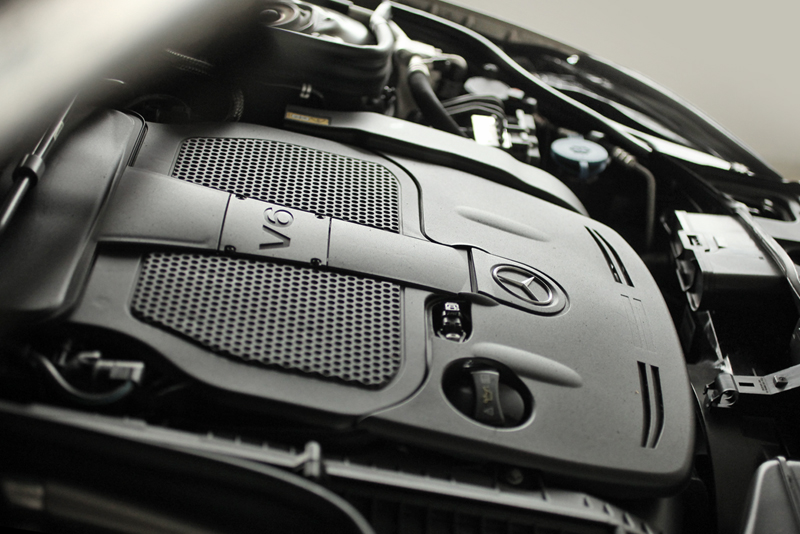 So it's sexy, huge, fast and packed with some premium goodies, while offering almost 600 litres of space at the back. What more could you want? If you're the type that wants everything big and flashy, the Mercedes-Benz CLS Shooting Brake is your car. But please, get it in black. 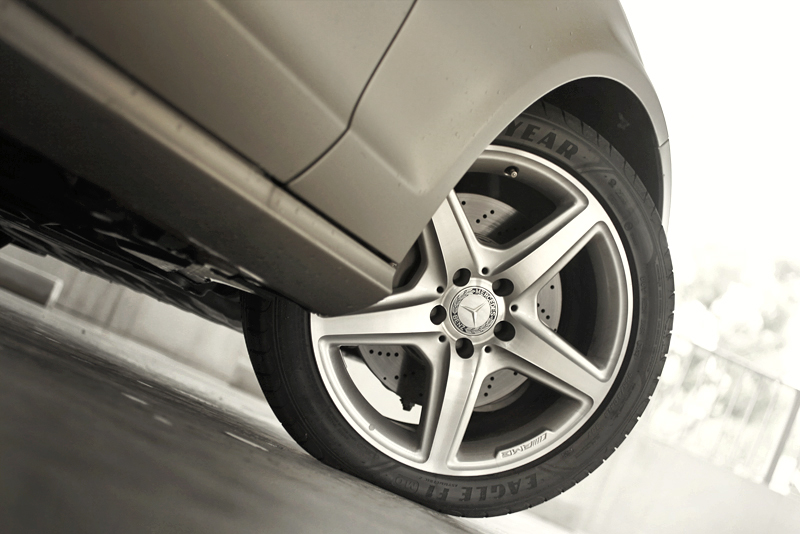 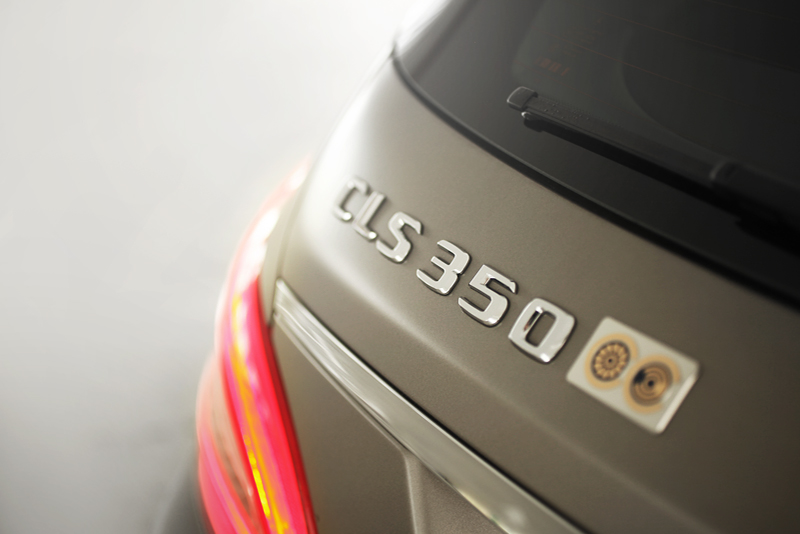 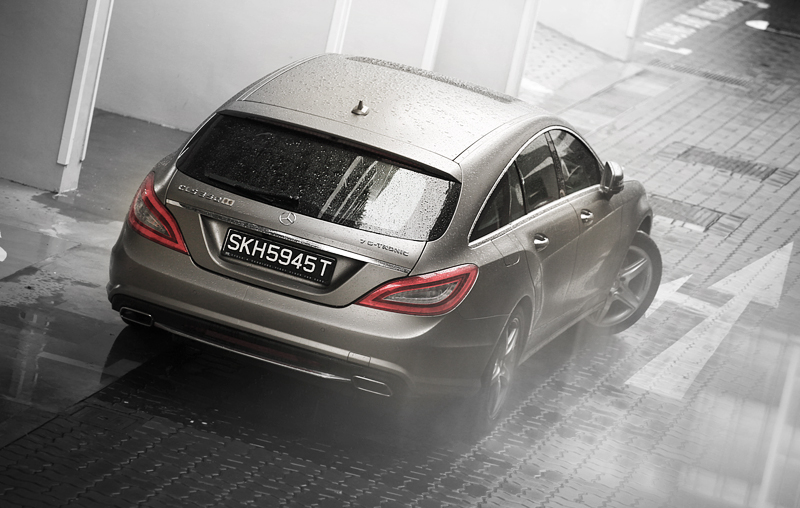