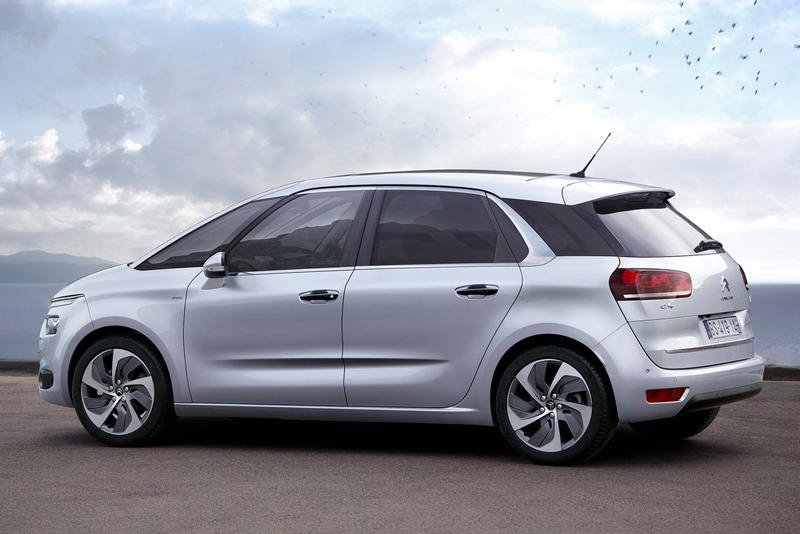 Art For All The Family

MPVs don’t usually have a right to look stylish, but Citroen clearly disagrees.

Citroen has been in a renaissance in terms of design for several years now. After a period of boringly-styled cars in the ‘90s and early ‘00s, they found their mojo again in the C6, which, though not selling in large numbers, did re-establish Citroen as a maker of quirky, distinctly-styled cars. After that, Citroen proved with the launch of the DS3 and the rest of the DS line that they still knew how to make properly good-looking, desirable machines.

With that, say hello to the new C4 Picasso. Previewed earlier this year in Geneva by the Technospace concept, the production version doesn’t look like it’s changed one bit, save for the non-body coloured rims. According to Citroen, the egg-shaped cab-forward shell (geddit? Shell? Egg? Never mind) is 40mm shorter than the old car, yet has a 55mm longer wheelbase for added legroom. The new Picasso has also shed 140kg in the quest for lower CO2 emissions. 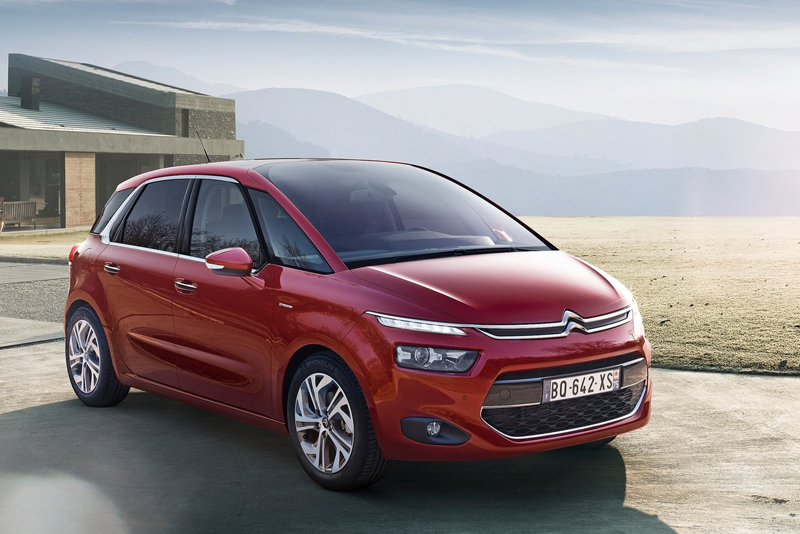 This is thanks partly to the smaller dimensions and use of aluminium and composites for the bonnet and tailgate, but mostly down to the new EMP2 platform, parent company PSA’s answer to the VW Group’s modular MQB architecture. What this means is a FWD chassis that can be easily modified for different widths, wheelbases and lengths, allowing several models to be spawned from the same platform and lowering overall production costs. The C4 Picasso is the first to use it, to be followed shortly by Peugeot’s next 308. 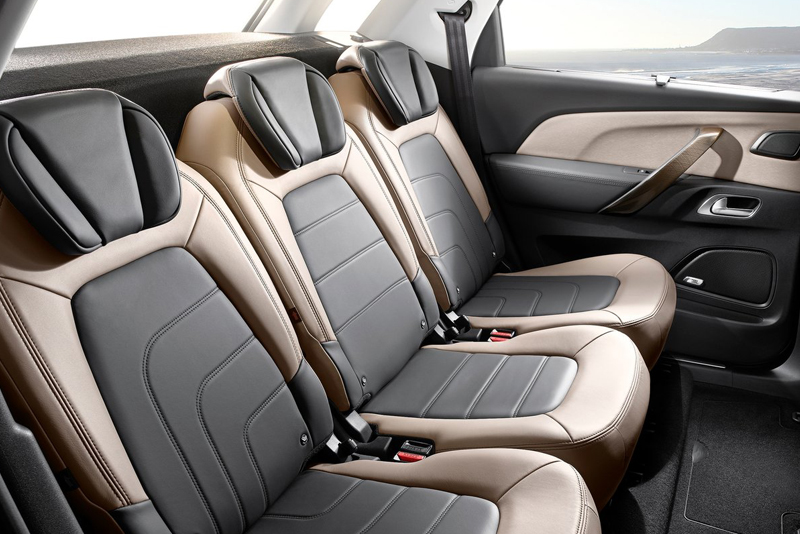 As a family car, the Picasso will live or die on the appeal of its interior. Space will definitely not be at a premium, with a clas-leading 537 litres of boot space and rear seats that can slide, recline and fold individually. The windscreen stretches back over the front row and combines with the panoramic glass roof to brighten up the cabin, while the driver’s view ahead is dominated by two large HD screen displays on the dashboard; a 7-in touchpad with controls for in-vehicle functions (radio, air-con, etc) and a 12-in screen for driving information (speed, navigation, reverse camera). 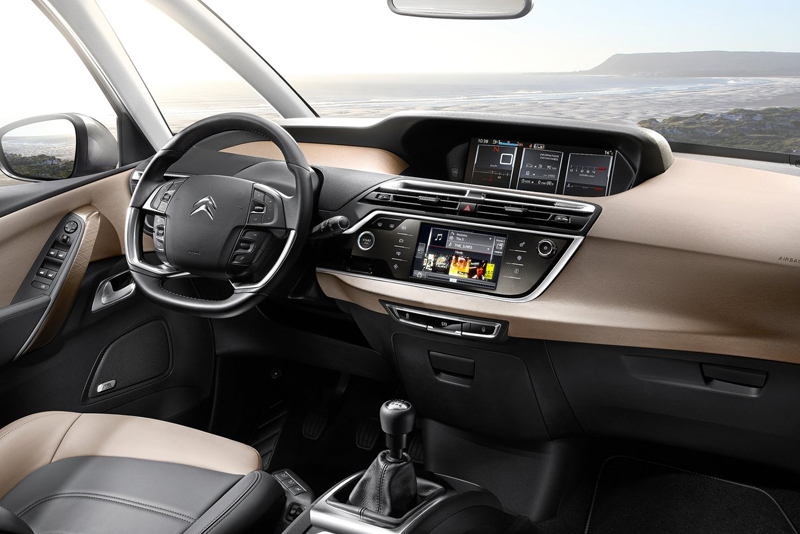 At this early stage, Citroen has only confirmed 3 diesel engines in the lineup, a 1.4-litre with 90bhp and two 1.6-litres with 115 and 150bhp. All are extremely frugal and clean (the higher-output 1.6 gets a new catalytic converter that cuts NOx output and qualifies it for Euro 6 emissions standards), but the headline-grabber is the e-HDi 90, which slips in under the magic 100g/km mark for CO2, and can achieve an astonishing 3.8l/100km. 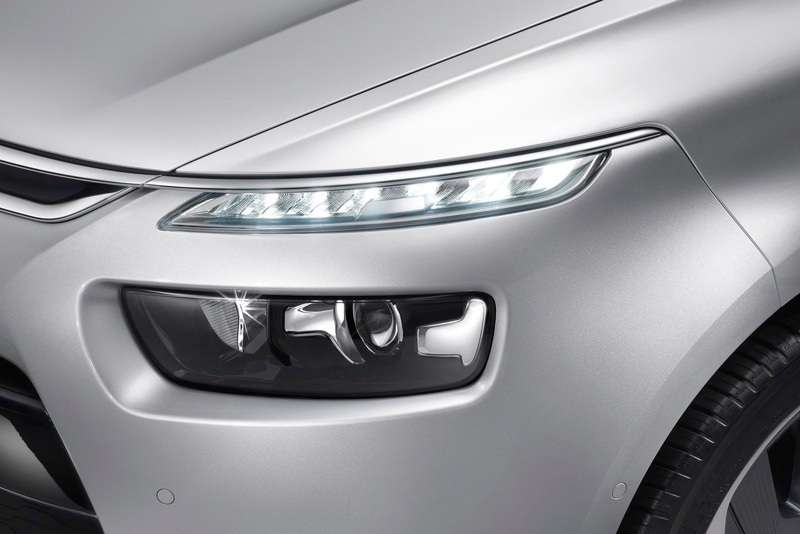 No prices or local launch date yet, but the car is due on sale in France in June this year; the rest of Europe will get it in the autumn. A larger, 7-seat Grand Picasso is a dead-cert further down the line for larger families. 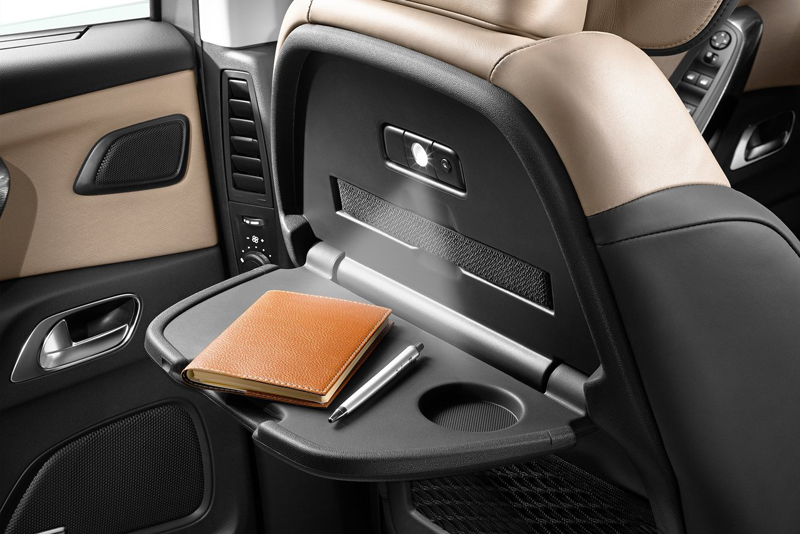 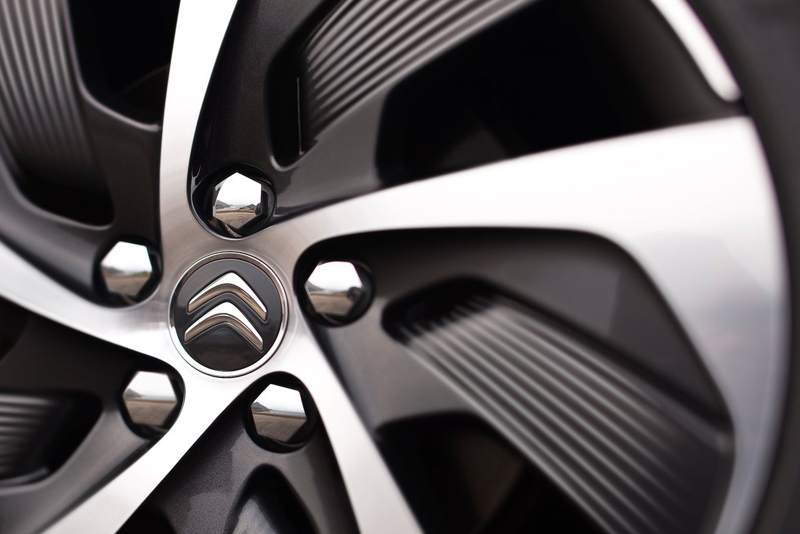