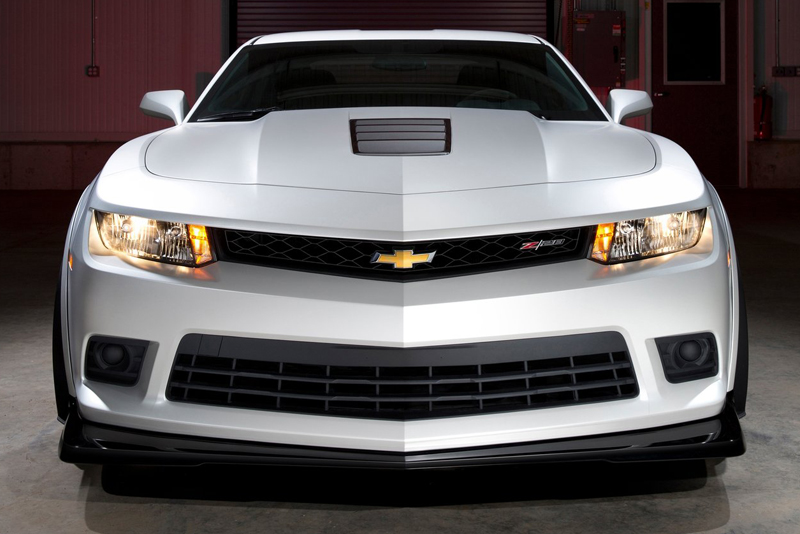 Return Of A Legend

Due to its large size and heavy gross weight, the current Camaro has always been seen as more of a cruiser than a bruiser. Until now.

The Camaro in its current guise has been turning heads and warming hearts ever since its unveiling as a concept in 2006, partly because of its Hot Wheels-esque retro appearance and partly because of its starring role in the hugely successful (if not actually all that great) Transformers franchise. Because of that (and its large size and heavy kerbweight), the Camaro has perhaps garnered a reputation as a vehicle more to be seen, rather than hoon in.

At the recent New York Auto Show though, GM has responded. Alongside a facelift for the 2014 model year (slimmer grille, rectangular taillights, larger lower air intake), Chevrolet also introduced a stripped-out, hardcore variant for trackdayers, and revived an iconic nameplate: the Z/28. 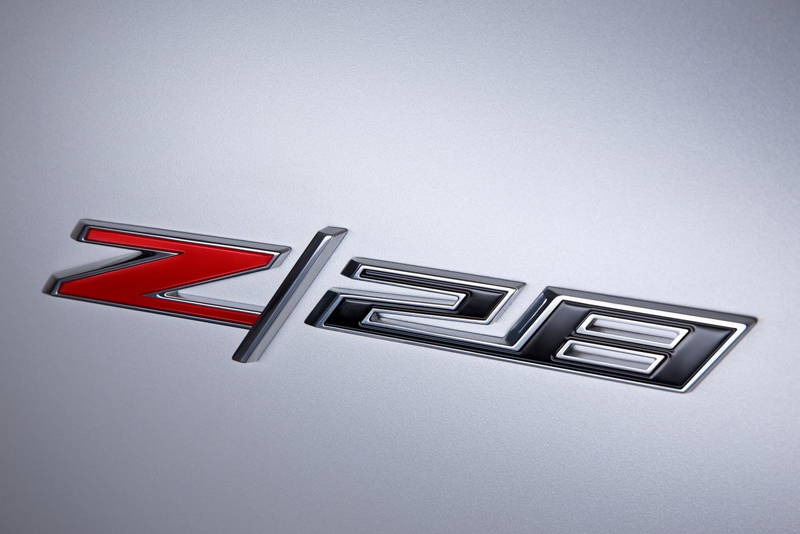 The Z/28 moniker first appeared in 1967 as an option package that would allow Chevrolet to compete in the Trans-Am racing series; a homologation special, if you will. It consisted of power front disc brakes, close-ratio 4-spd manual and a lighter, small block 302 cubic inch (4.9 l) V8 that was (under)rated at 290 bhp. Since then it has appeared in every generation of Camaro as either an engine and handling package, or more latterly, just a trim option. 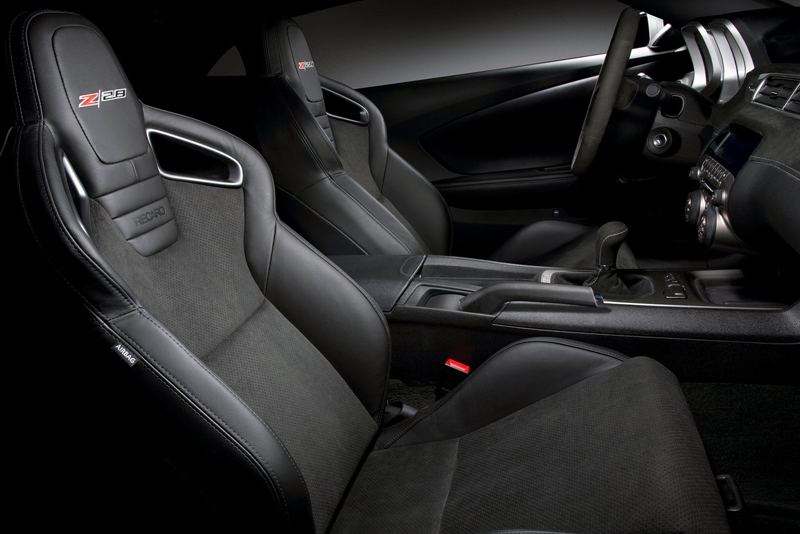 Today’s Z/28 though, follows more in the footsteps of the original. It may not be designed specifically with racing in mind, but it’s still a harder, faster version of the Camaro. To that end, Chevrolet has managed to remove almost 140 kg off the weight of the ZL1. Though not quite going to such extremes as acid-dipping bodyshells as in the original cars, Chevrolet still stripped out cabin sound insulation and carpeting in the boot, as well the stereo system and now-surplus wiring harness. Air conditioning is now also merely an option. Apart from that, the Z/28 also gets the ZL1’s alcantara-rimmed steering wheel and Recaro seats, although here without electric adjustment. 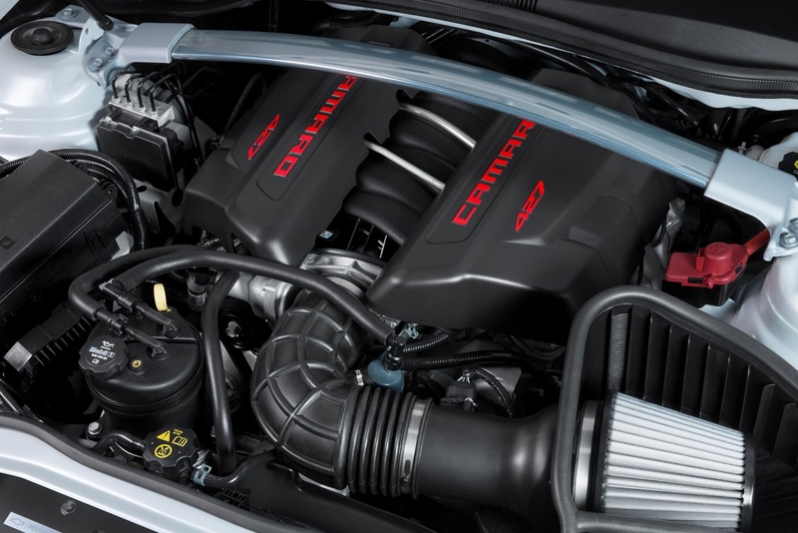 Like the original, the new Z/28 isn’t the most powerful in the range. Propulsion comes from the Corvette Z06’s 7.0-litre LS7 V8, which produces 505 bhp, placing the Z/28 smack in the middle of the 426 bhp SS and 580 bhp ZL1. A close-ratio 6-spd Tremec manual transmission and helical LSD help put the power to the ground. 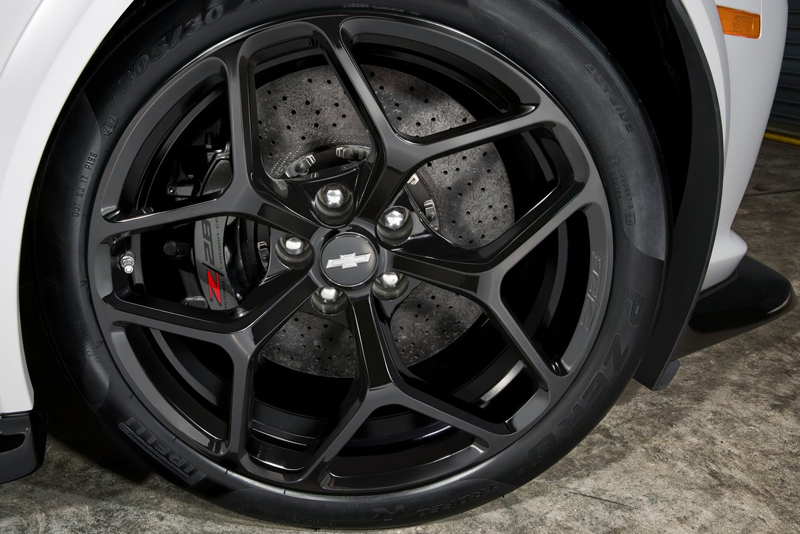 To ensure it can endure the pressures of track work, the Z/28 sports Brembo carbon ceramic brakes, oil coolers for the engine and transmission, and race-inspired four way adjustable dampers. The rims are 19-in forged aluminium pieces and save 19kg of unsprung weight over the 20-in items on the ZL1, wrapped up in ultra sticky Pirelli P Zero Trofeo Rs. Those trick tyres combine with a front splitter and rear spoiler to generate up to 1.05g through the twisties, which Chevrolet claims can shave 4 seconds of a lap time compared to a similar car that can only pull 1.0g. 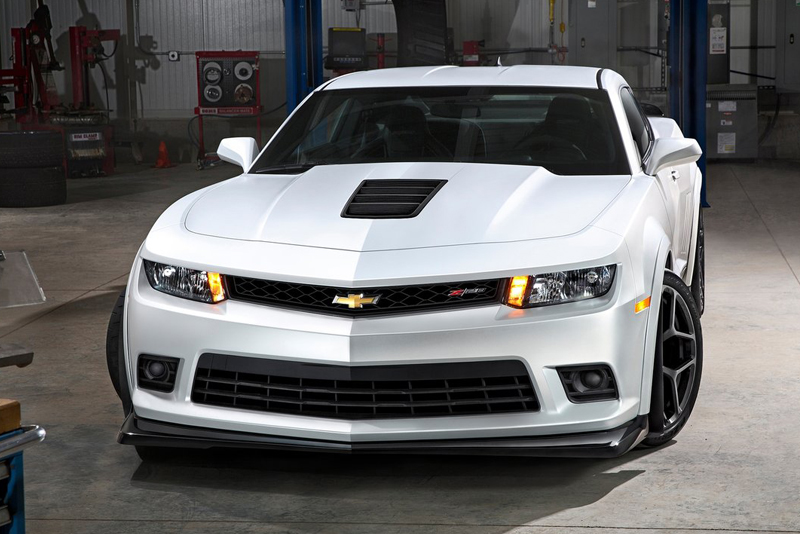 GM hasn’t announced prices yet but has said that the Z/28 will be more expensive than the ZL1. My opinion? Get one, rip out the rear seats, install a half-cage and straight-through exhaust, then store it at the upcoming Iskandar race track in Johor and you’d have the most badass brute on the track. 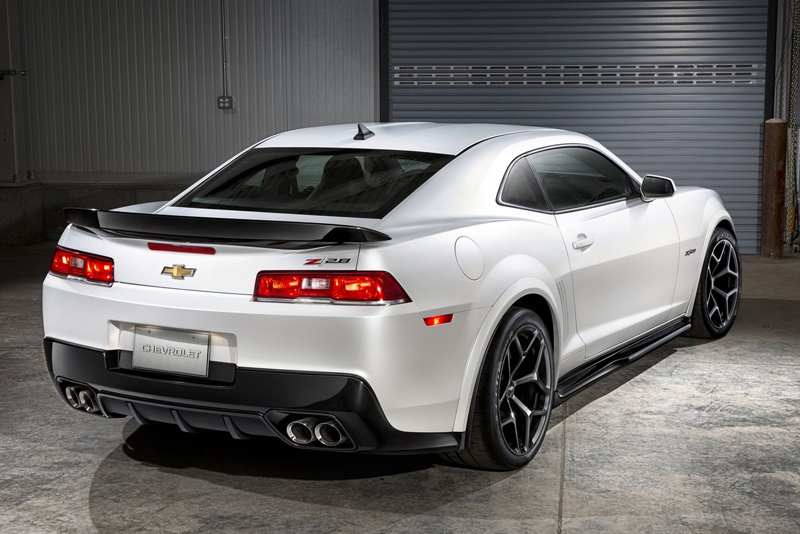